Work It, Girl: Reclaiming Her Life

Work It, Girl: Reclaiming Her Life 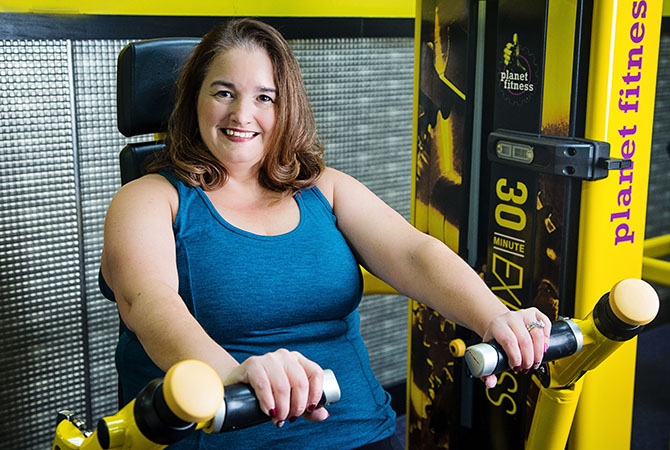 Amy Coriell, 50, of Charlestown, Indiana, had knee replacement surgery in her 30s, and since then had struggled with her weight and her exercise regimen.

When Amy Coriell’s health problems began interfering with her quality of life, she devised a plan for getting back on the right track. Now she is stronger, healthier and happier.

For some people, their bodies make it more challenging to be physically active. Amy Coriell, 50, of Charlestown, Indiana, was born with a knee condition that, despite many surgeries during her childhood, plagued her for years. “I’m an orthopedic nightmare; I think I had four or five corrective surgeries before I was 18,” she says. “My knee didn’t sit properly; the weight was bearing on the outside so it wore out prematurely.” During many childhood summers she was unable to do anything beyond sit on the couch because she was in a cast from top to bottom.

Amy maintained a pretty sedentary lifestyle even after she had knee replacement surgery in her 30s. She kept putting on weight, but it wasn’t until she had trouble doing a favorite activity with her children that she realized she had to make changes. “My kids and I love to ride roller coasters, and it got to the point that I was having a hard time fitting in roller coaster seats and getting the straps to fit around my chest,” she says. 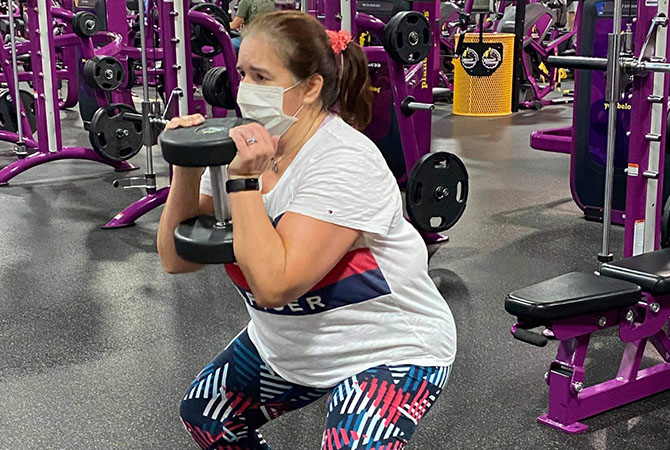 She decided she was going to join the gym and commit to going three days a week, but it wasn’t easy those first weeks. She was able to withstand five minutes on an elliptical machine and could only use the very small hand weights.

What Amy knew about herself was that she wasn’t the type of woman who could exercise at home. She needed to be out, and she quickly learned the importance of her gym buddies, the people she only knew from the gym but who held her accountable. “I need that positive peer pressure to push me, even now,” she says. She has been going to the gym regularly for five years and now works with a trainer.

A change in diet was also part of Amy’s plan. She cut out sodas, including diet sodas, because she realized she favored sweet tastes. She didn’t go on a diet, but she began making small changes and substitutions, such as getting broccoli instead of fries when she ate at a restaurant. While those dietary changes have been important, Amy soon learned that for her, both diet and exercise are necessary to maintain a healthy weight. 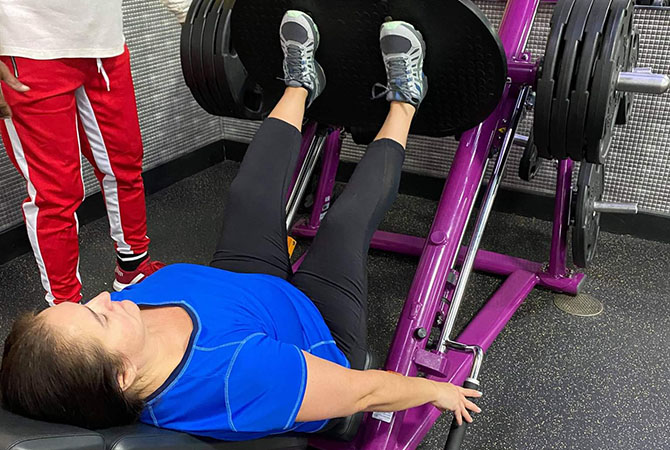 Because Amy was so heavy when she began her exercise program, she saw the weight come off pretty quickly at first. Eventually, though, because she had developed so much muscle, her weight didn’t drop like she might have wanted. She realized that more important than a number on a scale was how her clothes fit. She went from a size 22 to now wearing a size 14 or 16. “I still have middle-aged mama rolls, but that’s not my focus.
My focus isn’t to be in a bikini,” she says.

Her commitment to her physical health has been a boon to her mental health. “What I found is that my mental health has improved so much,” she says. She has become physically strong, but she has also become more confident about who she is as a person, and not just in the gym. That confidence infuses into everything she does now, whether it is her job as an engineer at Ford or her activities with her children. There were activities she hadn’t done in the past because of a fear that she would be too heavy for the weight limits. “I’m more apt to try things that before I might have shied away from because I didn’t want to be a failure,” she says.

Read more about Kentuckiana women and their exercise routines in the Work It, Girl column!