Work It, Girl: Going the Distance

Work It, Girl: Going the Distance 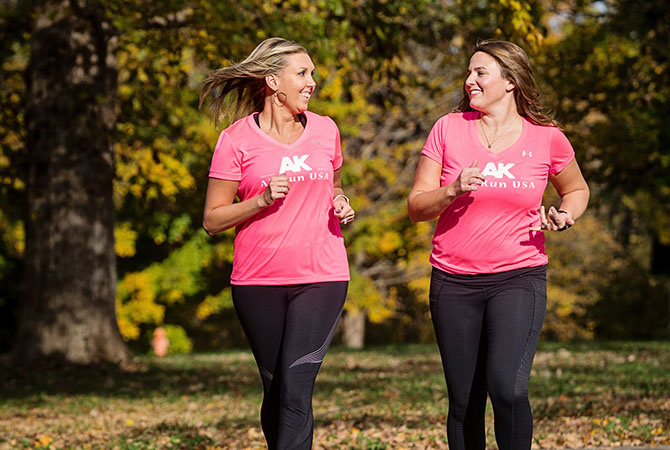 From left, elementary school teacher Ashley Fortson and accountant Katie Rajchel of Jeffersonville, Indiana, are lifelong friends on a quest to run a mini-marathon in every state in the United States. With their next race this February in Las Vegas, they will mark Nevada off their list.

Jeffersonville, Indiana, residents Ashley Fortson and Katie Rajchel met in middle school and became best friends in high school, but the fitness part of their friendship didn’t develop until recently. “I’m the least athletic person ever. Ashley was very athletic; she played basketball and volleyball,” Katie says. A couple years ago, when Katie read Rachel Hollis’ book, Girl, Wash Your Face, she became inspired by the idea of running the Walt Disney World mini-marathon.

As Katie said, Ashley had played sports, but she had also experienced some serious health issues. She was diagnosed with leukemia at age 19 and again at age 21. After a bone marrow transplant, she began running with her dad, Steve Whitlow, who was already a running enthusiast. She ran her first mini with her dad in 2013. “He was always encouraging and pushing me to do my best,” she says. “He made me love running.”

When Katie began running, she didn’t want to do it with Ashley because she didn’t want to slow her friend down. Katie committed to running 20 minutes four or five days a week but at first, she could only run 15 seconds at a time and then had to transition to walking. “I slowly, slowly built it up,” she says. “I wanted to make it to where I didn’t hate it. I would push myself just a little bit and back off.” 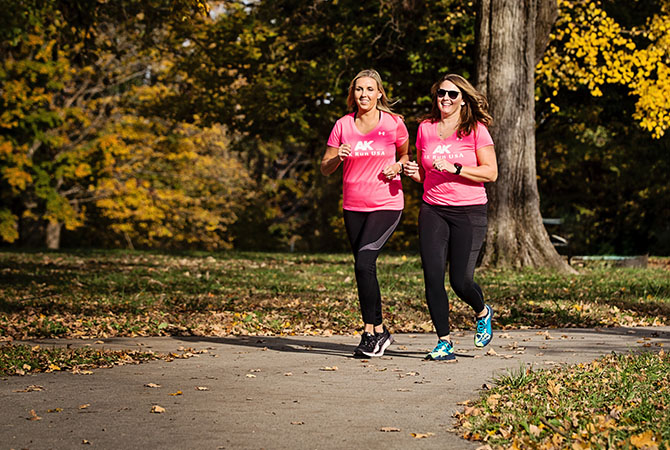 Ashley had long pestered her friend about running so she was excited when Katie finally took it up, and when they began running together, Ashley got to have her “I told you so” moment. Because of Ashley’s experience with her dad, she had already gotten used to running mini-marathons, and Katie knew she would need a tangible goal to hold herself accountable, so they decided to run a mini in every state. They use Google to find races and decide to run the ones that sound most fun to them.

Their first one together was in Ohio in September 2019, which was followed by Indiana in November 2019. They ran the mini at Walt Disney World in February 2020 and even turned the trip into a large family vacation, but COVID-19 impacted all of their running plans for the remainder of that year. In 2021, they have been making up for lost time, running mini-marathons in six states: West Virginia, Alabama, Tennessee, Kentucky, Georgia, and Illinois. Their next one will be in Nevada in February 2022.

Both Ashley and Katie are busy ladies. Katie is an accountant with the Kentucky Bankers Association and has a husband, Jordan, and a son, Landry. Ashley is a school teacher at Utica Elementary School with a husband, Brandon, and two children: Brianne and Jaxon. 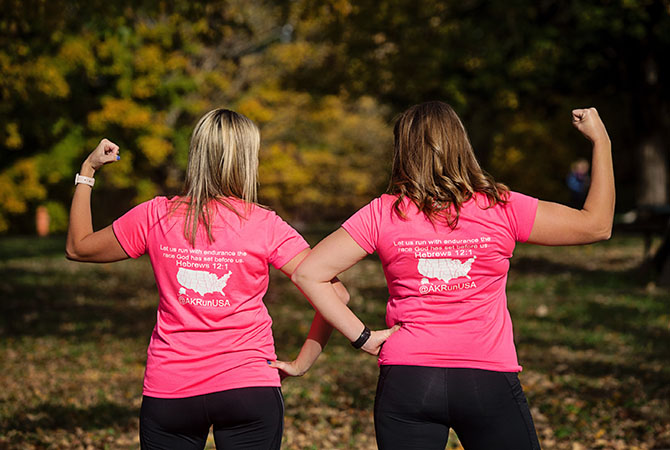 So when do they run?

The answer is very, very early in the morning. They run together Monday through Friday, meeting before 5am and running for about an hour. They have recently hired a running coach to help them become faster. Katie’s original goal, after running at all, was to become consistent, and that was followed by adding mileage. She even pushed Ashley to start running hills, which Ashley had mostly tried to avoid.

Ashley and Katie have allowed others to be part of their running journey through their Instagram handle @akrunusa, but they urge others not to make comparisons. “Don’t compare your beginning with somebody else’s middle,” Katie says. While Ashley and Katie are running half-marathons now, they weren’t always.

Both say it is important for anyone who wants to run or to just add more fitness into their lives to set achievable goals. “Pick one thing. Don’t try to do it all at once,” Katie says. “Pick one thing and do it over and over until it becomes a way of life.” The other thing they would suggest because they know it works, is to have someone to hold you accountable. “I know I have to get out of bed because someone is there waiting for me,” Ashley says. 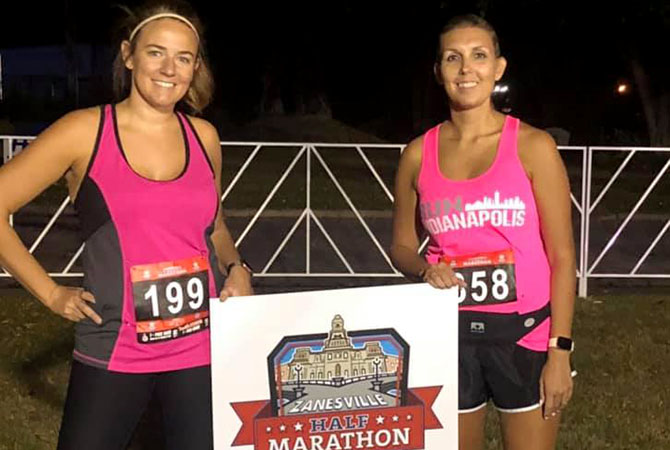 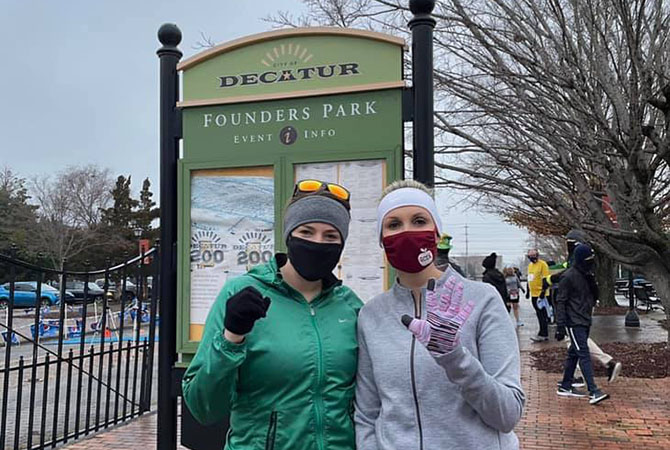 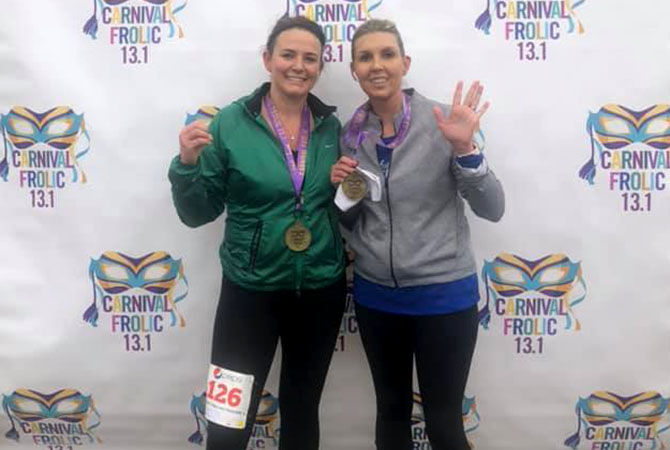