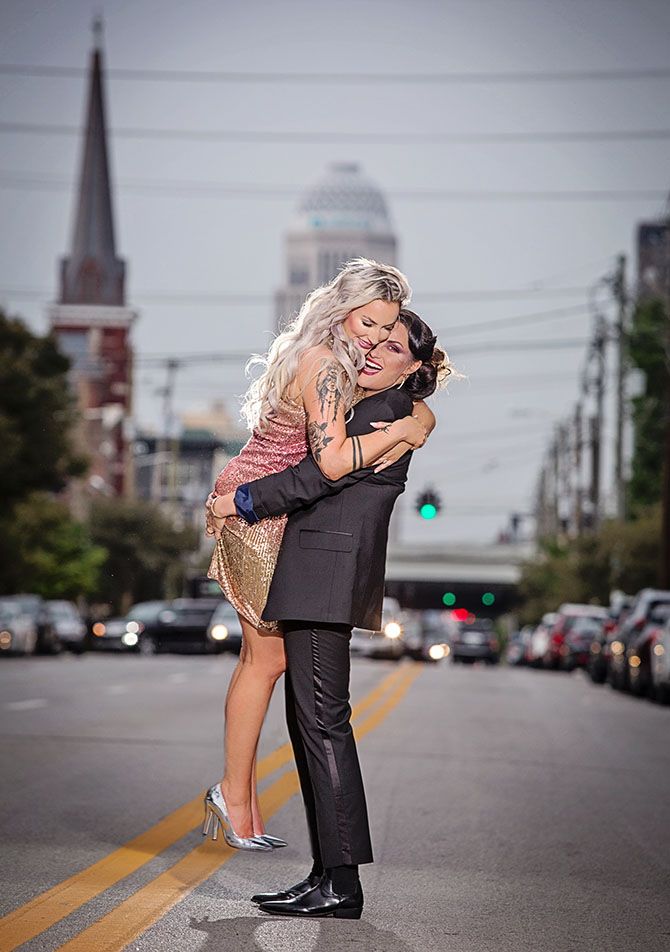 Couple Elle Becker and Barrett Gargala discuss how things have changed for the better for the LGBTQ+ community.

Barrett Gargala says her and Elle Becker’s relationship began, as all great love stories do, on Bumble. There was some initial hesitation, but eventually they ended up talking and meeting for coffee. Three years and two proposals later (one by Elle and one by Barrett), they are building a life together in a way that so many other LGBTQ+ individuals from the past weren’t able to do. 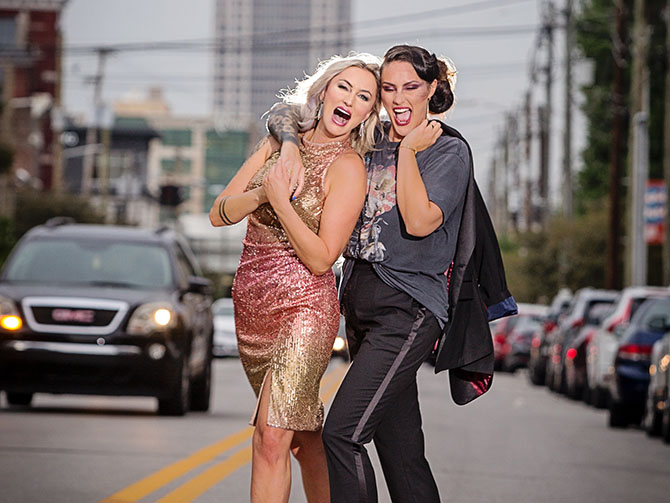 Pride Month can be many things — a time to celebrate, a time of reflection, or even a time of sadness. “Pride Month is kind of complex. It’s a celebration of being able to feel like you can live authentically and love who you are. It’s a time of deep gratitude for the people who came before us,” says Elle.

For family members, Pride Month can be a big milestone. Barrett came out to her father around seven years ago and says while he was loving and supportive, he wasn’t quite up to waving a flag in a Pride parade. “After a couple years, he sat me down and said, ‘I’m ready to wave the flag in the parade. I support you, I love you, I see you.’ He had a Pride Christmas tree one year,” she says. 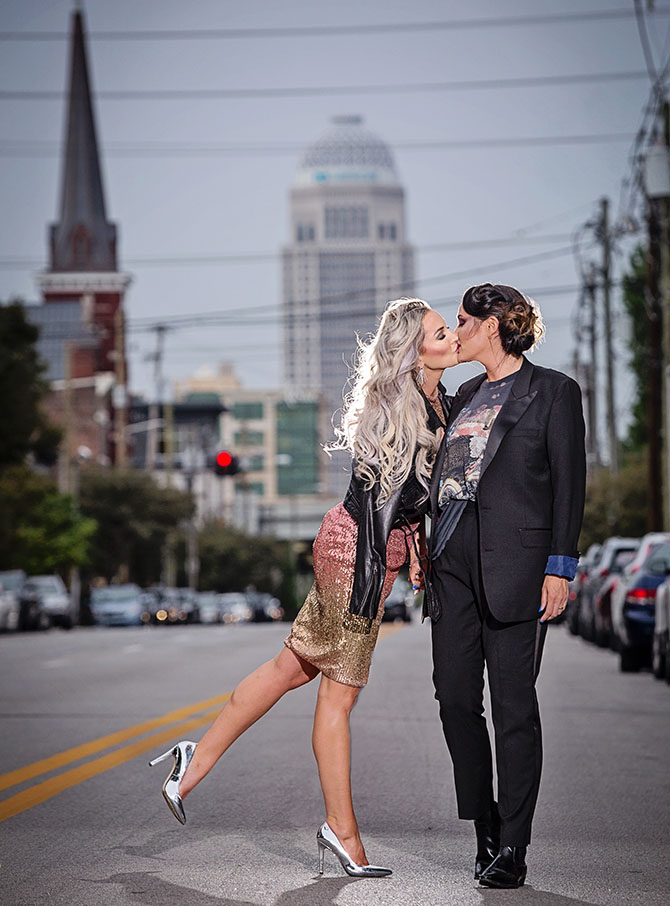 A lot has changed for the better for the LGBTQ+ community since the 2015 Supreme Court decision in Obergefell v. Hodges, and Barrett thinks social media has been a part of that positive change. LGBTQ+ individuals who live in rural or more homogeneous populations can more easily see and connect with people who understand them. And social media has simply brought LGBTQ+ issues and awareness to more people.

But while the saying “You’ve come a long way, baby” applies to the LGBTQ+ community, life isn’t all rainbows and glitter. Gay couples can still have challenges when it comes to adopting children, and trans/gender-affirming health care remains a huge stumbling block for many people. “In a lot of southern states, LGBTQ+ patients are scared to come out to their doctor or therapist,” Elle says.

For Barrett and Elle, making positive change means living their lives as authentically as possible, being open to questions and conversations, and acting as a sounding board to others who need connection, clarification, and support.

P.S. Check out this weekend’s lineup of activities for the Kentuckiana Pride Parade & Festival!