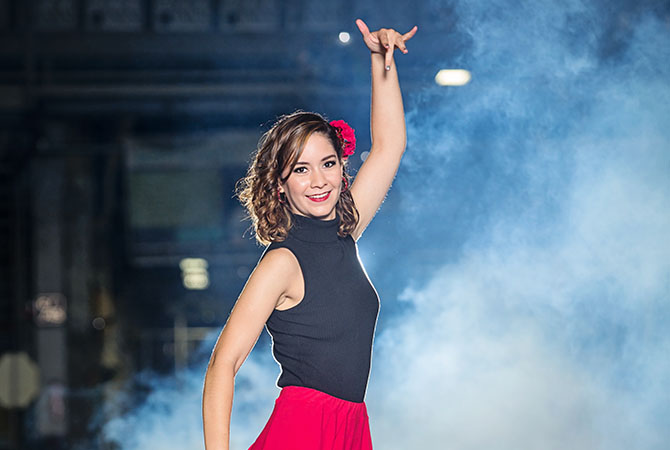 Mariana Miranda is a mechanical engineer by day and a flamenco dancer at night.

Flamenco dancing has shown Mariana Miranda how to let go and embrace imperfection – all while getting in a good workout.

By day, Mariana Miranda is a mechanical engineer at GE Appliances, a Haier Company. She is a participant in the company’s Edison Engineering Development Program, which is helping her determine where she most wants to use her skills in the business while she pursues her master’s degree. By night, though, Mariana is a student of flamenco dance.

Her interest in flamenco dance began when she was attending a Dia de los Muertos festival in downtown Louisville in 2019. “I was mesmerized by how passionately the ladies move,” she says. She didn’t think much more about it until she saw a video on social media of a little girl flamenco dancing in the street. “I googled it and found Flamenco Louisville. It was close to my house so I said, ‘OK, let’s give it a go,’” she says.

Mariana started in a beginner’s class at the start of 2020, which was her first ever experience in a dance class. During childhood, she did Taekwondo between ages seven and 15 and also played soccer in high school, so physical activity wasn’t unknown to her, but flamenco dancing is a much different experience. “I never moved my body that way,” she says. The graceful movements of different flamenco dance styles challenge her body in ways that she likes. 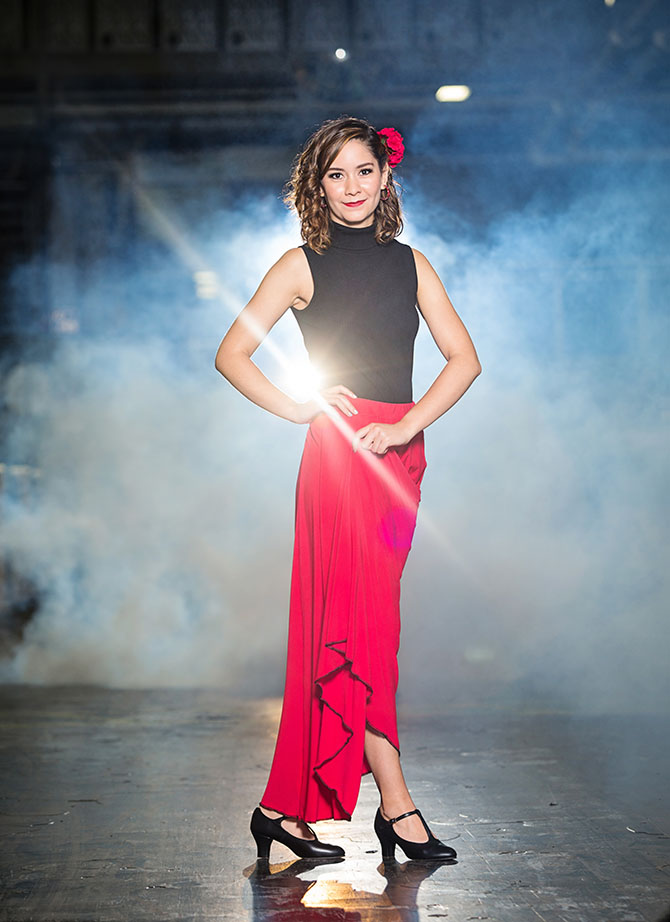 “I come from a world in engineering [where] you have to calculate, you need to know the results.” — Mariana Miranda

Flamenco dance is a passionate dance form from Spain. “It’s a very good way of expressing yourself because you’re the instrument. You move your feet and accompany the guitarist,” Mariana says. It comes from a humble place, a way for peasant women to share the happenings of their days with each other, and it is about both movement and sound — guitar, stomping, clapping, and sometimes castanets.

After her first class, Mariana says her arms were very sore because she had never had her arms above her head for so long. She has found that the footwork of flamenco is a great cardio activity and works both the abdominal muscles and the glutes.

One of the best things about flamenco for Mariana is what it does for her mind. “You have to be present when you’re dancing. I have to use my brain to coordinate my feet with my hands with where I’m looking, and my ears have to be open,” she says. Everything has to be connected, and she’s never had to do an activity that requires that. She thinks part of this is because she is a beginner, but her teacher, Diana, tells students in the class to turn off their “logical hamster [part of the brain] and just follow the music.” 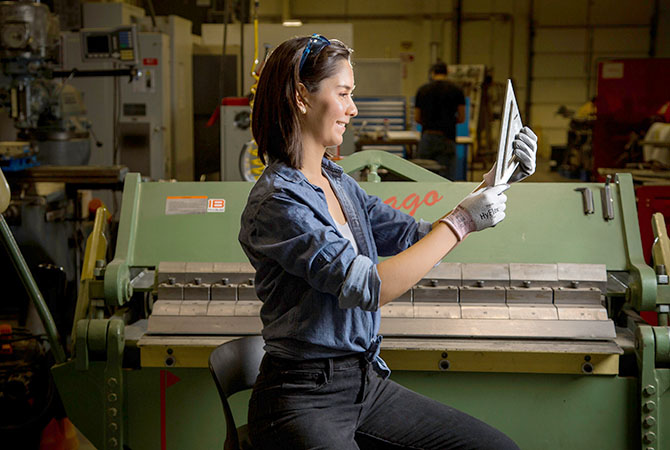 Mariana, a mechanical engineer at GE Appliances, a Haier Company, is part of the company’s Edison Engineering Development Program. Mariana’s flamenco dance teacher tells her to turn off the logical part of the brain and feel the music, which is a new experience for Mariana.

“I come from a world in engineering [where] you have to calculate, you need to know the results,” she says. With flamenco, Mariana has to turn off the logic and feel, which has helped her relax a little bit. “I don’t take myself so seriously. I used to beat myself up, but I just started, and I’m enjoying it. Not everything has to be perfect,” she says. She says the most challenging aspect of flamenco for her is learning the rhythm. “There’s so many different styles within flamenco. Right now, we’re learning Bulerias, which is a 12-count dance. You count one to 12 but with different rhythms,” she says.

Once Mariana knew she was going to stick with flamenco, she ordered shoes from Spain, and her next purchase will be a flamenco skirt, which adds a new level of sass and showiness to her dance. She practices her footwork at her apartment home with a piece of plywood but only when her neighbor downstairs from her isn’t home.

Read about two childhood friends whose goal is to run a mini-marathon in every state!