Best Bodies: Deleskia Butler is Spinning Away Her Ex-military Life

Best Bodies: Deleskia Butler is Spinning Away Her Ex-military Life 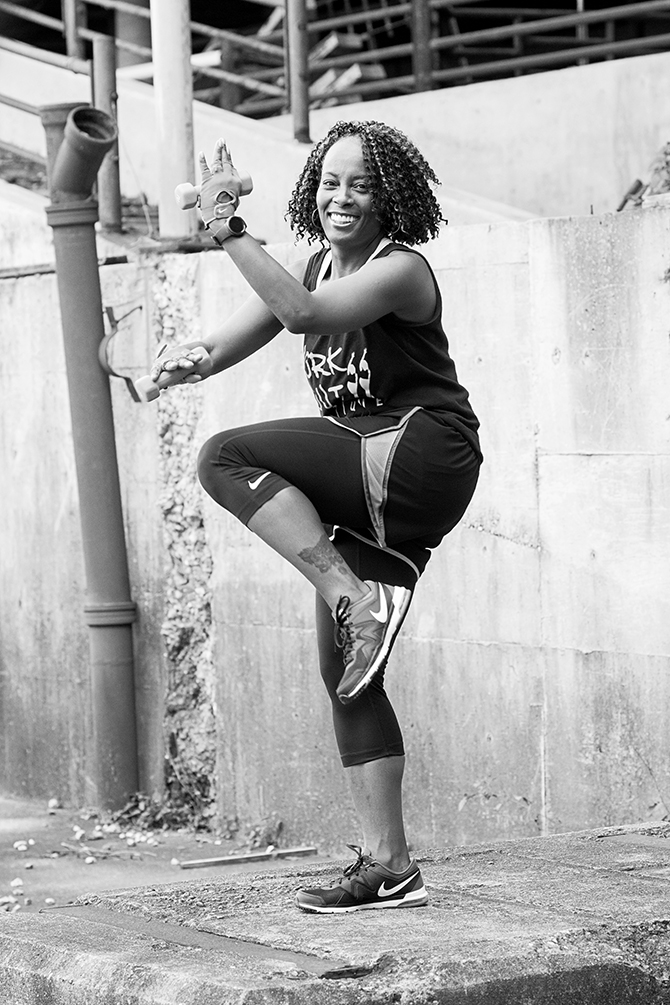 High-ranking military officer? Check. College graduate with three degrees? Check. Certified cycling instructor? You guessed it. Check. If Deleskia Butler sets out to achieve something, she will find a way to do it. “I think if you have your mind set on accomplishing something, then don’t let anybody stop you.” And with the life motto, “This too shall pass,” it is obvious that she takes her own advice to heart.

Deleskia’s dream was to join the military. “I joined the military at age 17. I was your typical hard-headed teenager,” Deleskia admitted. She found her passion when she joined the Army. “It was either learn how to run or go home.” Deleskia learned how to run, but it wasn’t easy. She noticed, however, in the 22 years she spent climbing the ranks (she retired as a Chief Warrant Officer 3) that a lot of her troops were struggling too. “Soldiers had a problem passing their 2-mile test. They were seeking a different way to train.”

In Germany in 2003, Deleskia found a training answer. On a whim, she joined a spin class, where she met an instructor whose energy has been unmatched by all that she has seen since. “The instructor had rhythm and she played the best music. She was jumping off her bike and was full of energy. I said to myself, ‘I want to teach like her!’ I started riding and teaching some classes on the base.”

By 2011, Deleskia was a certified spin instructor, and with an entrepreneurial mindset, she knew she wanted to open her own business after her time in the military. In February 2016, she opened WorkOut Boutique where Deleskia offers her own twist to a traditional spin class. “I want to teach it the way I want. A lot of people hit a plateau in their workouts. Here, you’re doing something different.” Deleskia varies the music with genres like hip hop, reggae, and latin, and incorporates some dance, core work, or even floor exercises into the mix. “My advice to clients? Just don’t quit. Keep your feet spinning. It’s fun, it’s exercise, but we’re partying.”

Besides hosting numerous events to fill the bike seats, in her spare time Deleskia started an entrepreneurial group for women to help build her network. Distinctive Women, founded in 2013, is a place where women can get together and celebrate their differences. Members meet quarterly to learn things about the business world: how to apply for grants, information on getting contracts with the government, or connecting with classes offered in the area. “Everyone has some trait that they can contribute. It’s all about being different.”

Distinctive Women has been just as beneficial for Deleskia as it has been for the other members. “Everyone that I connect with has something that can benefit me.” Her military background paired with business savviness has given Deleskia the discipline and drive to be successful in her new venture. But simply opening a business, a complicated feat in itself, is just the beginning. “My dream is to have people lining up at my door.”

Does your life feel hectic? Take a moment to breathe and stretch by trying this exercise.