What She Thought About Before She Started Her Business — and why she didn’t use consultants.

What She Thought About Before She Started Her Business — and why she didn’t use consultants. 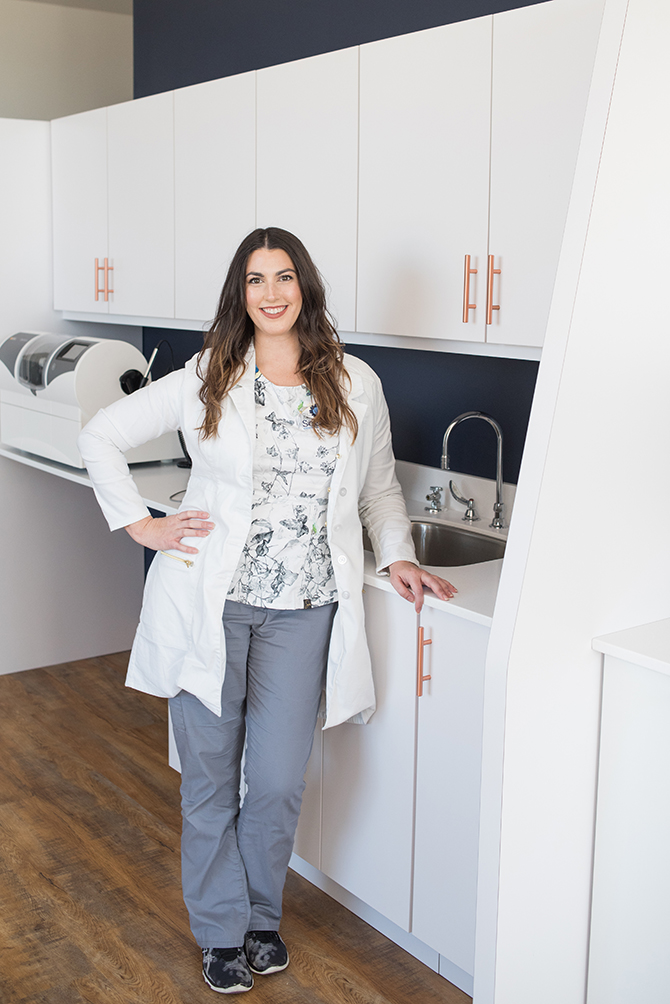 Sustainability has been at the core of the practice, including its design and construction. Krysta made conscious decisions to use recycled glass countertops, low volatile organic compound (VOC) paint, and LED lighting, as well as purchasing locally sourced items for the office decor. Even the tools she and her staff use are sustainable. She says most dental practices use hundreds of gallons of water to rinse patients’ mouths, but her office uses a waterless vacuum unit that senses the amount of pressure needed and uses an air pump.

Each month her office, which is located in eastern Jefferson County, selects a different charity to support. During its first month of operation, Solstice Dental collected donations for Hosea’s House, an organization that helps women and children in crisis, and every person who made a contribution was entered into a drawing to win a tooth whitening kit. In January, the practice supported Burrito Riders, which provides burritos for the homeless. Eventually, Krysta would like to partner with Home of the Innocents, where she used to work.

Krysta feels strongly about ensuring she and her staff are transparent with patients about dental treatment and its costs. “Dental treatment and insurance are such a mystery, but it doesn’t have to be that hard,” she says. It is essential that she be able to show the patient exactly what she sees if treatment is warranted. Krysta is able to take a photo of the tooth and expand its image on a computer screen so that her patient can see what she sees.

It is important to use innovation, like the digital tooth images, to make dental treatment easier and more efficient. Krysta explains how her office is changing the way teeth are prepared for crowns. After shaping the tooth, she uses a wand scanner that takes a three dimensional image of the tooth. A digital milling unit in the office then mills out a crown, which is then stained, glazed, and fired. Although it can take a few hours for this process to complete, “it is all done in one visit, so overall it is much less time and no commuting,” she says. Patients are glad to say goodbye to the pink goo that has been part of the tooth impression process for years.

Kindness is the final value that supports the other principles in the practice, whether it be kindness to the earth in being less wasteful or kindness to patients by making dental treatment less cumbersome. From vendors to staff to patients, kindness guides everything Krysta does. 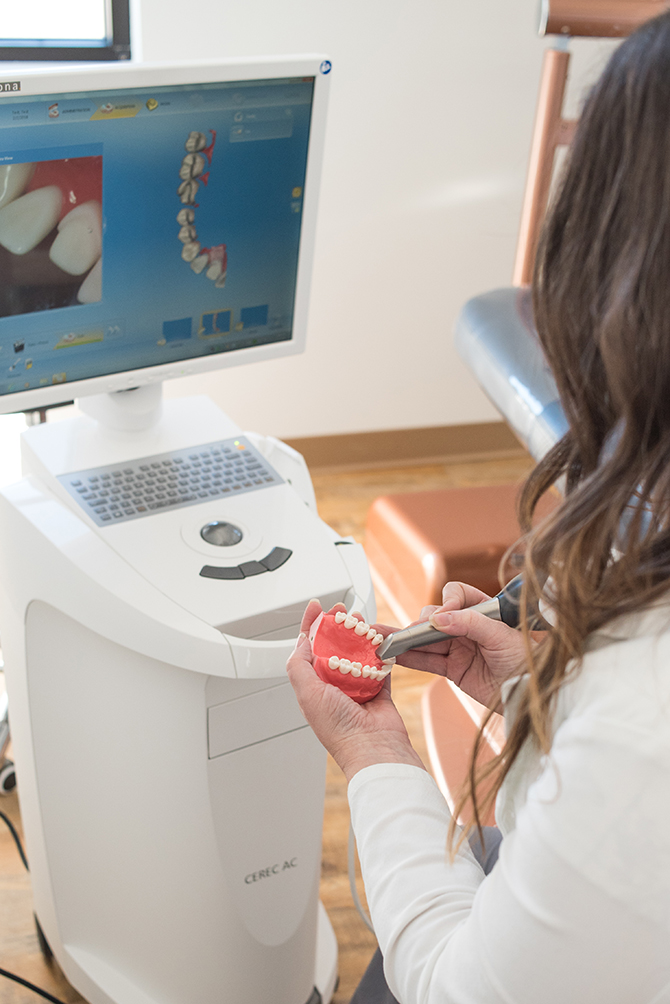 The work Krysta did prior to opening her practice was instrumental in the type of care she offers. She worked exclusively with patients with developmental disabilities for a year, served as a dentist in the United States Air Force, and cared for pediatric dental patients at the Home of the Innocents. While these experiences informed her desire to offer kindness and be socially responsible, it also made her eager to be her own boss. “I had no control over who I worked with or the materials I used, and I saw inefficiencies everywhere. I got tired of hearing, ‘That’s just the way it’s done.’”

Becoming a mother to triplets also had a profound effect on her decision to open her own practice. As a parent, she wants the world to be better for her children, and she had serious concerns about many of the dental products being used, such as composite fillings that included the industrial chemical bisphenol A (BPA). “I wanted control over little things like that,” she says.

Although she had her dental degree, Krysta knew she needed a better understanding of the business end of things before she pursued her own company, so she went to the University of Louisville for an Entrepreneurship MBA and graduated in 2016. She took her time to develop her business plan and didn’t use consultants to help her. “I didn’t want people telling me ‘it’s not done this way,’” she says.

She says the people she has hired and will hire are the critical part of the practice. She has hired individuals who feel strongly about the principles that have guided her but who also differ from her in their personalities. She says she is an introvert, so she has hired women who can counterbalance her. “They bring the life to my practice,” she says.

Solstice Dental and Aesthetics had its soft opening in November 2017 and spent a few months getting its processes down pat to ensure the patient experience was what Krysta wanted. She and her staff celebrated the office’s official opening on January 26, 2018, with a ribbon cutting.