We See You, Sis: Molly Jones

We See You, Sis: Molly Jones 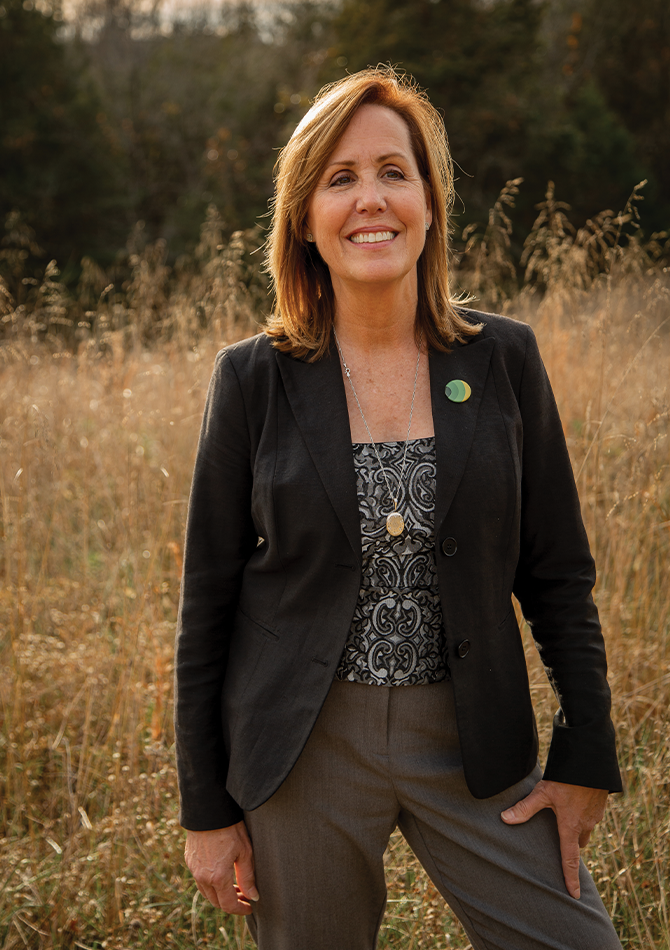 Fulfilling a Legacy of Hope: After losing her son to suicide six years ago, Molly Jones founded a nonprofit and a music festival to help raise awareness about mental health.

“I want to help mankind.” That was the final line on the note that Pete Jones left for his family when he ended his life in 2016. Since then, his mother and siblings have been doing all they can to fulfill his wish.

“He was such a great guy,” Molly Jones says of her son Pete, who was just 23 years old when he died. “He was kind; he was smart; he was funny; he had a lot of empathy for others. … He was just a really solid person.”

Pete had been working on his master’s degree in engineering at the University of Louisville when Molly says his depression — which he had been suffering with since the age of 11 — caught up with him. Unable to keep up with his work, Pete took a leave from school and focused on his mental health. “He did start seeking help,” Molly recalls, “and he was very willing to talk with me about it. I definitely wanted him to know that I was very supportive.”

After nearly a year of treatment, Pete seemed to be doing better and things were looking up — which is why his suicide was so unexpected. “We really didn’t feel like we had any warning signs that he was going to do that,” Molly says, adding that she and Pete’s siblings found it difficult to accept that someone they loved so much was suffering for such a long time.

Shortly after his passing, his siblings became determined to do something in his honor — something that would pay tribute to the young man he was and realize his desire to help mankind. Together with Molly, they founded The Pete Foundation, a nonprofit organization that rallies communities to champion youth mental health and wellness by normalizing the topic, promoting education, and providing tools for healthy emotional development.

“… we’re pursuing his last wish: helping mankind by raising awareness about mental health and getting rid of the stigma.”

Within two weeks of founding the Pete Foundation, the Jones family came up with another way to spread the word about mental health: a music festival. Dubbed The Big Stomp, it’s an event they created to stomp the stigma around mental health.

Initially, Molly had reservations about planning a music festival around the idea of mental health. After all, music festivals are all about a good time — people go out, eat, drink, listen to good music, and have fun. How would any of that tie in to sending a message about mental health?

“We were all a little bit afraid of that combination, but we were just so driven by our mission,” Molly says, “[and] it was so well received. … It makes sense because … as some of the artists said to us that first year, people turn to music as a refuge from emotional suffering — so why not use music to convey a message about advocating for mental health?”

In addition to two days of music on multiple stages, The Big Stomp boasts experiential components so festivalgoers can get a glimpse into various therapeutic modalities. Equine therapy, puppy therapy, cryotherapy, and meditation were just a few of the offerings that Molly and her family featured this year — and they have plans to double those experiences next year. She hopes that these types of opportunities will help people not just learn about mental health but become more comfortable talking about it as well.

“Pursue opportunities to become better informed and to improve your ability to comfortably communicate about mental health,” she advises. “That will go a long way, and lives will be saved just because we can talk about it.”

“When you lose a child,” she says, “you want to feel like they mattered, like their life mattered. … We felt like doing this … would give his life purpose and give who he was, meaning. He was such a kind, thoughtful person, … and we’re pursuing his last wish: helping mankind by raising awareness about mental health and getting rid of the stigma.”