We See You, Sis: Jazzlin Hamilton

We See You, Sis: Jazzlin Hamilton 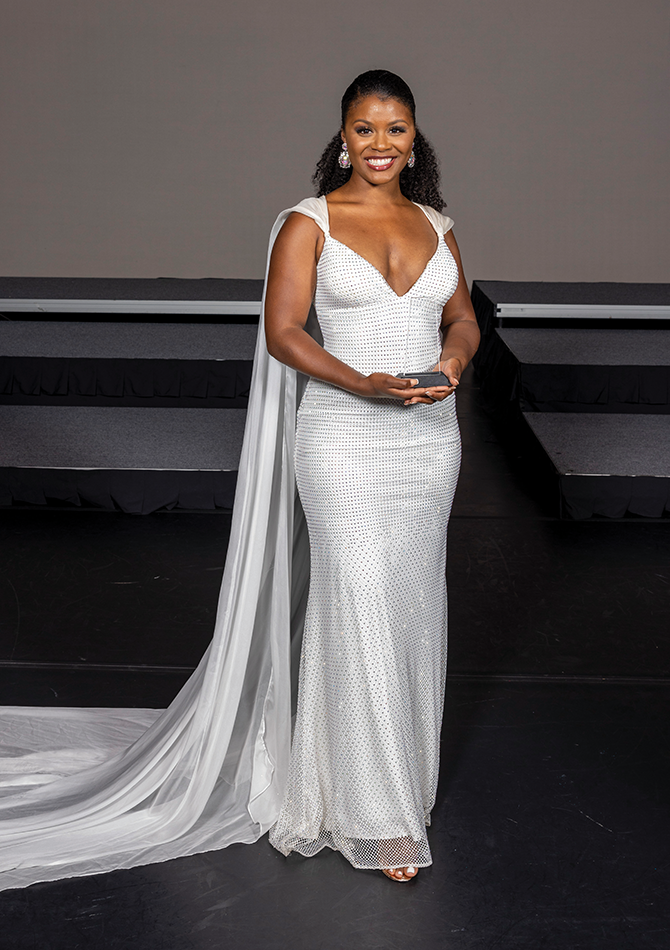 Jazzlin Hamilton says she never saw herself as a pageant girl. In 2018, during her freshman year at Western Kentucky University, she was asked to participate in the Ms. Black Western pageant. Despite having no experience, the broadcast journalism major who minored in musical theater said yes. She didn’t expect to win, but she did. That first pageant experience holds a special place in her heart. “That day was the first time I ever told my story publicly,” she says.

Jazzlin’s story is one of trauma and triumph. When she was eight years old, she cracked her skull on the concrete in her family’s basement and suffered a traumatic brain injury. She wasn’t expected to walk, talk or survive. But winning that first pageant was the confirmation she needed to use pageants to help people understand what it means to have a disability. “Pageantry isn’t just for the crown and the sash,” she says. “It’s a platform to express myself, tell my story and help others.”

“Pageantry isn’t just for the crown and the sash.”

Since winning the Miss Black Western pageant and graduating from college in 2021, she has continued with her pageantry journey and has been racking up more titles along the way. It was only a few months ago that she was named the 2nd runner up in the 2022 Miss Kentucky Pageant — the precursor pageant to Miss America. In the event Miss Kentucky and the 1st runner up are unable to fulfill their roles, Jazzlin would be the next in line to stand on the Miss America stage as a representative for the state of Kentucky. It’s an exciting prospect and she acknowledges that she has come a long way and in a short amount of time. “When I first competed, I didn’t even have a pageant dress,” she remembers fondly. “All I had was my prom dress and it worked.”

While there are still pageants that require its contestants to get glammed up and showcase their bodies in swimsuits, Jazzlin says it’s only a small part of the event. As a body positive advocate, she says she’s actually proud to showcase how she looks even if she’s not model thin. “Getting up there in a swimsuit and showing how my body looks and having confidence even if I don’t have abs is what beauty is to me.” Jazzlin says the biggest misconception she and her other contestants face is that they’re not smart enough to know they’re being objectified. “People think pageants are only about what you look like and we’re not intelligent or driven. The girls I compete with are like the superheroes of the everyday woman.”