We See You, Sis: Catalina Ibarra

We See You, Sis: Catalina Ibarra 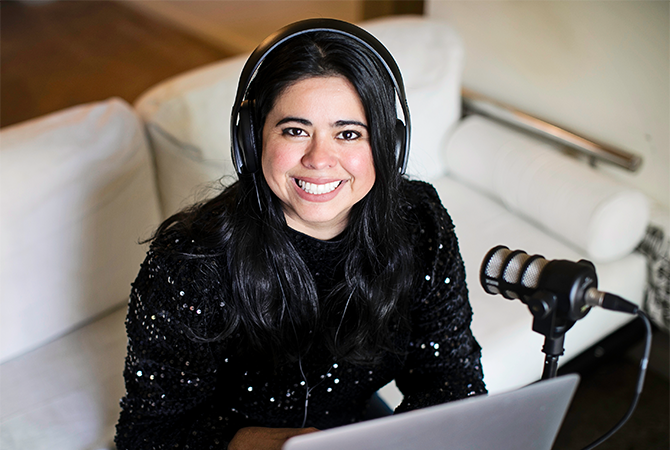 Catalina’s program, El Poder de la Informacion, airs on Saturdays from 1-3pm on WLRS PODER. You can also listen to her Monday thru Friday from 1-3pm.

Changing Lives Through the Airwaves: Catalina Ibarra had aspirations of becoming a sports broadcaster, but when fate moved her in a different direction, she found her true calling.

Catalina Ibarra is a master at juggling – jobs that is. Born in Mexico but a native of Chicago, Catalina works as a broadcaster on WLRS Poder radio where she provides vital information to the Latinx community.

She’s also a social media specialist for Louisville Metro Public Health & Wellness (LMPHW). But before she became a prominent voice in Kentuckiana, Catalina was a young girl who had relocated to the United States. “I was brought to the U.S. when I was 12 and I was told you’re here because we want a better future for you,” Catalina says. This experience became the catalyst that moved her into an altruistic mindset.

Catalina interned with ESPN Deportes in Milwaukee with the goal of working in sports broadcasting. But after she completed her broadcast program, she heard about a job opening at PODER radio. Although she didn’t plan on working for a music radio station, she accepted the position and became their host in 2010, but Catalina realized she wanted to do more.

She created a program called El Poder de la Informacion (The Power of Information) with the intent of providing useful resources that could improve the quality of life for Latinx people. For instance, listeners who don’t have health insurance can get guidance on where to find healthcare or legal assistance if they are dealing with workplace discrimination. La Casita Center, Americana Center, Jefferson County Public Schools and the Better Business Bureau are a few of the guests who’ve been featured on the program.

Also, Catalina’s passion for helping underrepresented communities inspired her to organize a radiothon for victims of hurricane Maria in Puerto Rico, and victims of the deadly earthquake that hit Mexico in 2017. She also served as the 2020 municipal Census coordinator for Louisville Metro, and is currently working with LMPHW to provide health related resources and programs to people in the Louisville community.