For Shauntrice Martin, the close relationships she has formed with some of her Parkwood neighbors is an extra benefit and gives her peace of mind.

People love their neighborhoods for various reasons. But for Shauntrice Martin, knowing her son, Iniejah, can safely run up and down a street free of traffic is a benefit of living in Parkland. She also has the support of three neighbors who send her text messages concerning his whereabouts.

What else excites you about Parkland? “The train that runs through Parkland. Whenever I’m on the phone with someone who also lives in the West End, hearing that train echo in real life and on the phone always brings me comfort.”

What are some of your favorite dining and shopping spots? “Meka’s Little Store at 26th Street and Hale. I’ve never had a bad time there. It’s a place I can always go to relax and a gathering place, too, when we haven’t seen people in the neighborhood in a while. The food, of course, is really good. We eat there several times a month. She has this J-Baby Burger, which is probably my favorite cheeseburger in the city.” 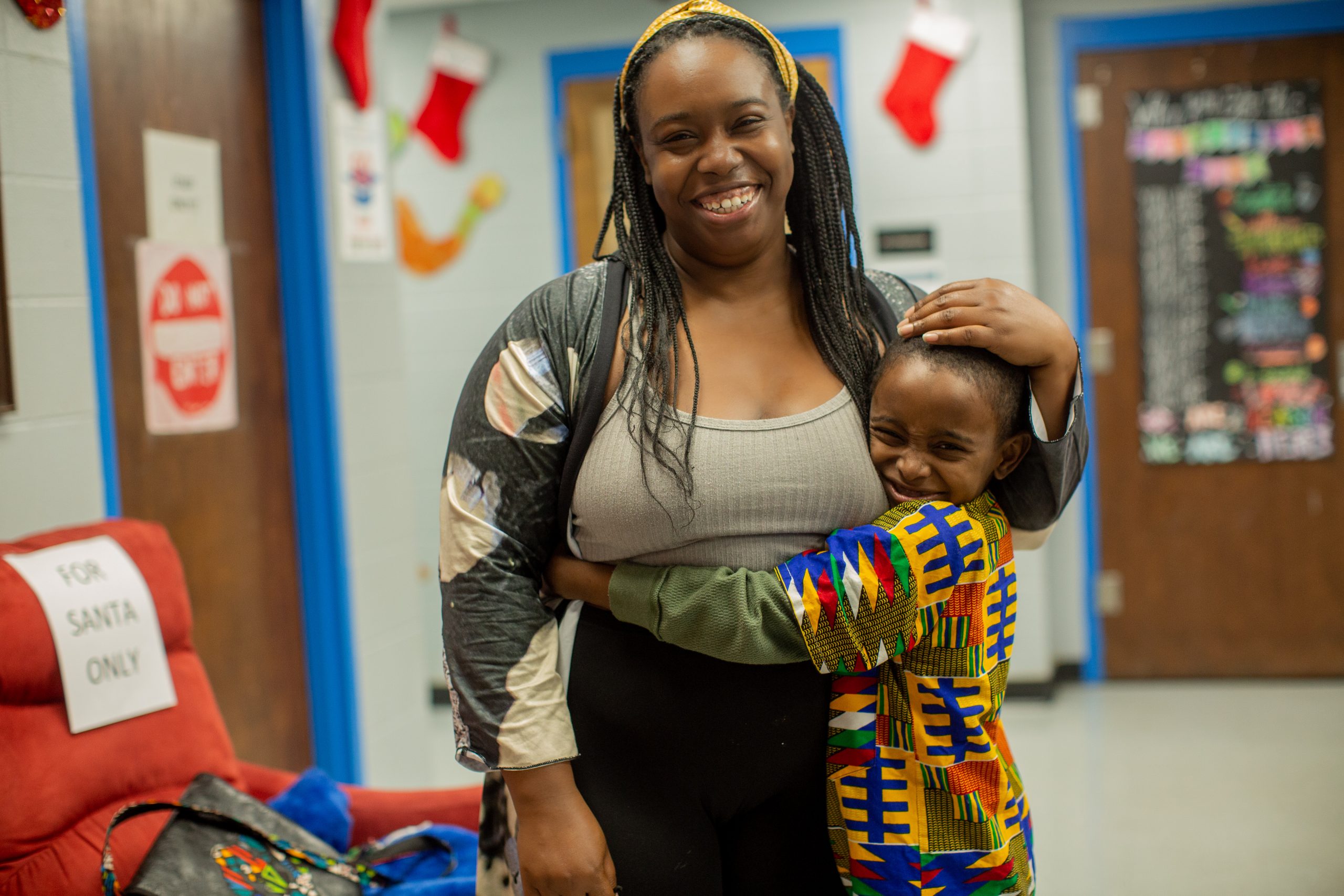 Shauntrice takes her son Iniejah to the Boys and Girls Club for an afternoon of recreation. 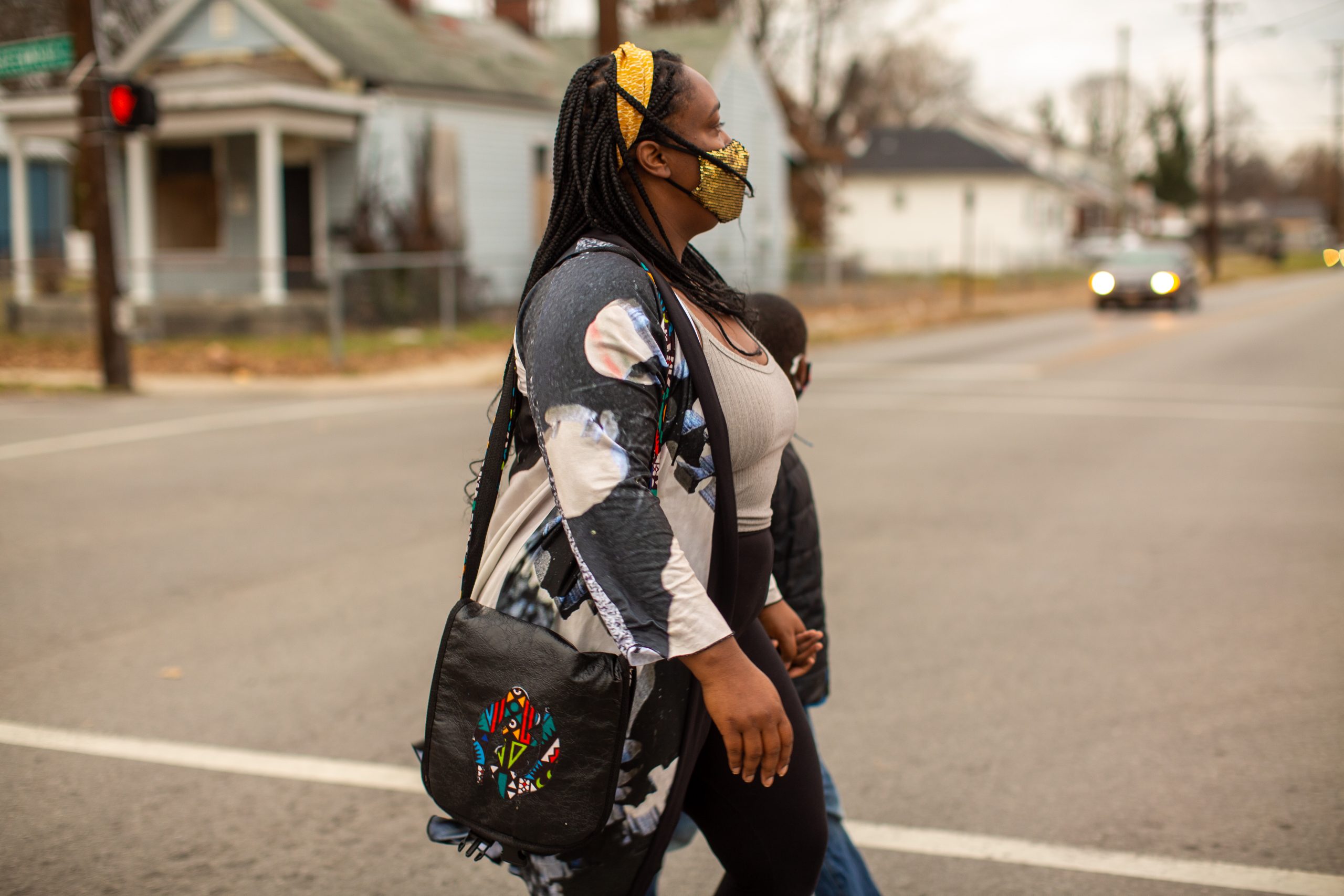 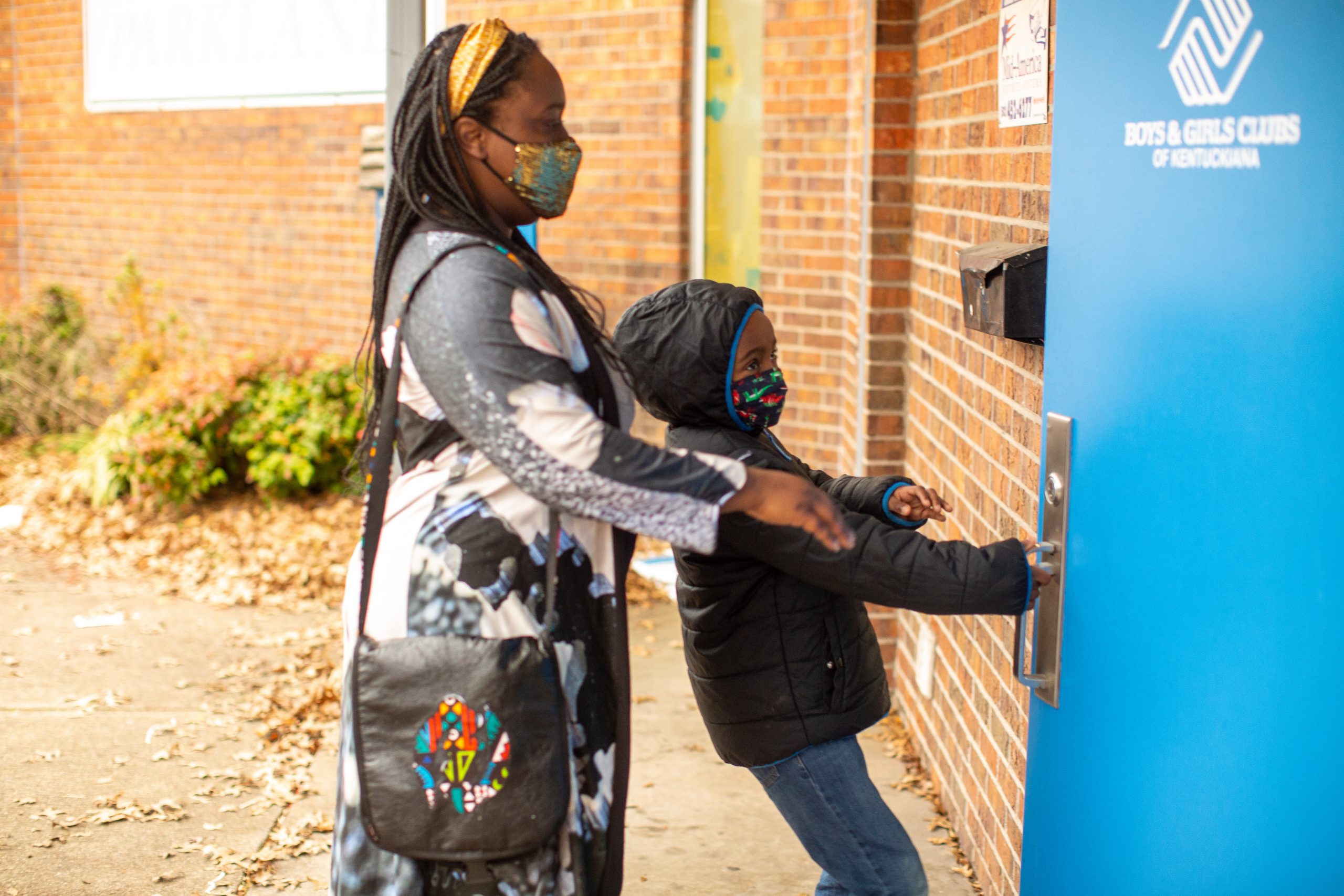 You mentioned that you’ve only been in your home for a year. Are there any new home improvement projects you’re working on? “I started a garden during the pandemic so I’m always stopping my neighbors and asking them what their tricks are. Learning from my neighbors who have had their houses for generations is a good way to get to know them and figure out what I’m doing wrong.”

What else do you do in your free time? “Parkland is adjacent to several other neighborhoods, so I will often ride my bike to my friend’s home, which is near Shawnee Park. Riding around when we first moved here was a way to get to know the neighborhood. Now, I am teaching Iniejah how to ride.”

Why is your backyard the most loved area of your home for you? “When I lived in Silicon Valley, California, I didn’t have a yard or much non-concrete space so having a yard that Iniejah can run around in is great. I can sit on the porch and paint or just enjoy the outdoors. My goal is to build a fire pit to take off the chill during the fall.” 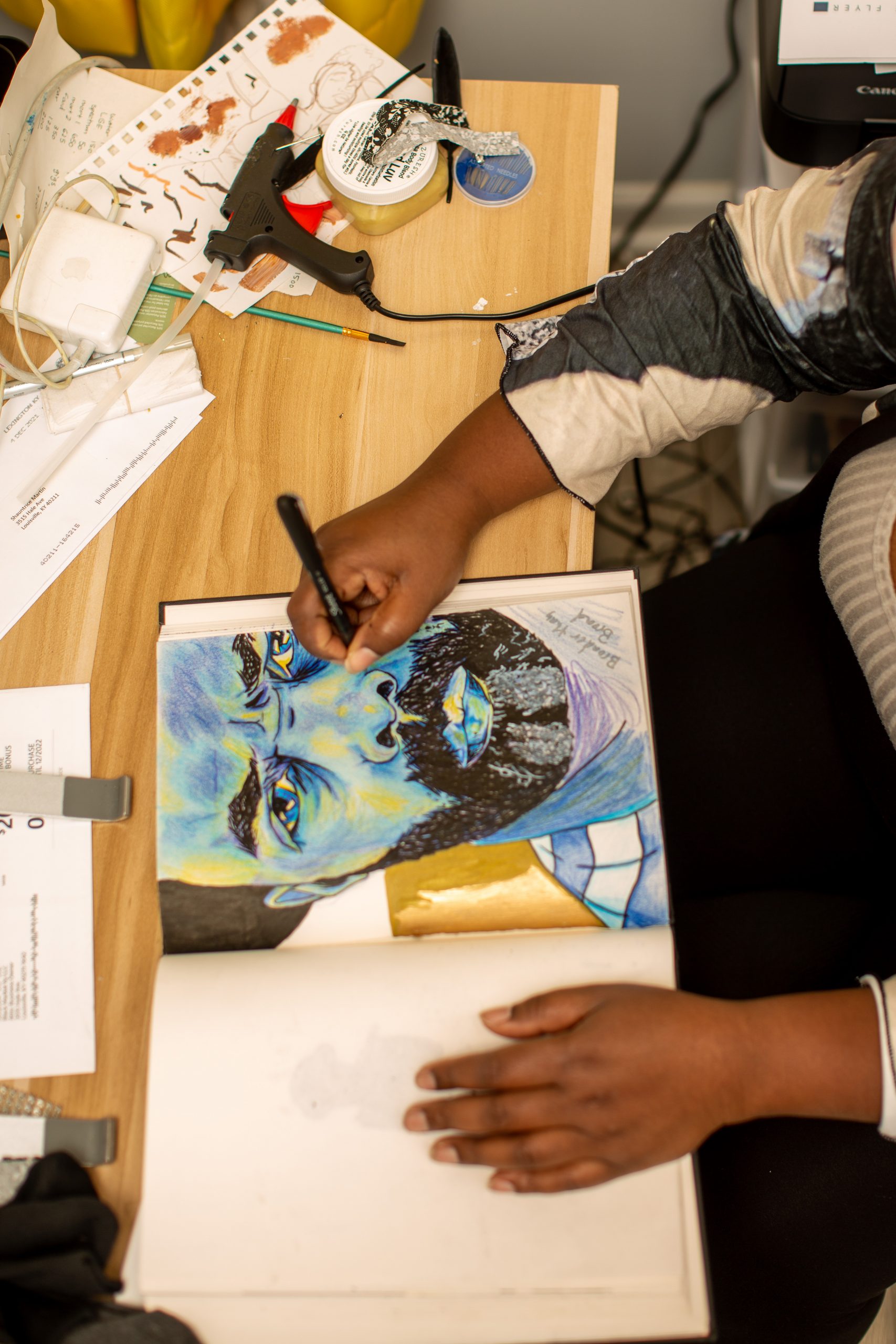 Shauntrice spends time in her art studio working on different projects, including drawings and a dress she is making. You describe your home as having a minimalist vibe. Why does this appeal to you?“My life is so busy outside the house [so] I want to come home to something really simple and easy to clean. I have dedicated one room as my art studio/office. It gets so much natural light.  It’s actually where I did my application for the Speed Museum artist residency, which I ended up getting. I’ve made more art since I got this house than I had in the two years before. In that space, I’ve been able to become the artist I’ve wanted to be.”

Where do you find inspiration to decorate your home? “It’s gonna sound weird, but there’s a game called Project Makeover. You play a block game and then you give characters a makeover. When I made over the house, it was beautiful. I started from there looking up terms on Instagram and flipping through the different styles I saw.”

What is one of your most treasured pieces in your home?“I have one piece I love so much. When I moved from California to Kentucky, I drove. I stopped at a native museum and got a horsehair pottery piece. It’s on top of my bookshelf where I meditate. No matter how I rearrange my house, it’s the centerpiece for the front room.” 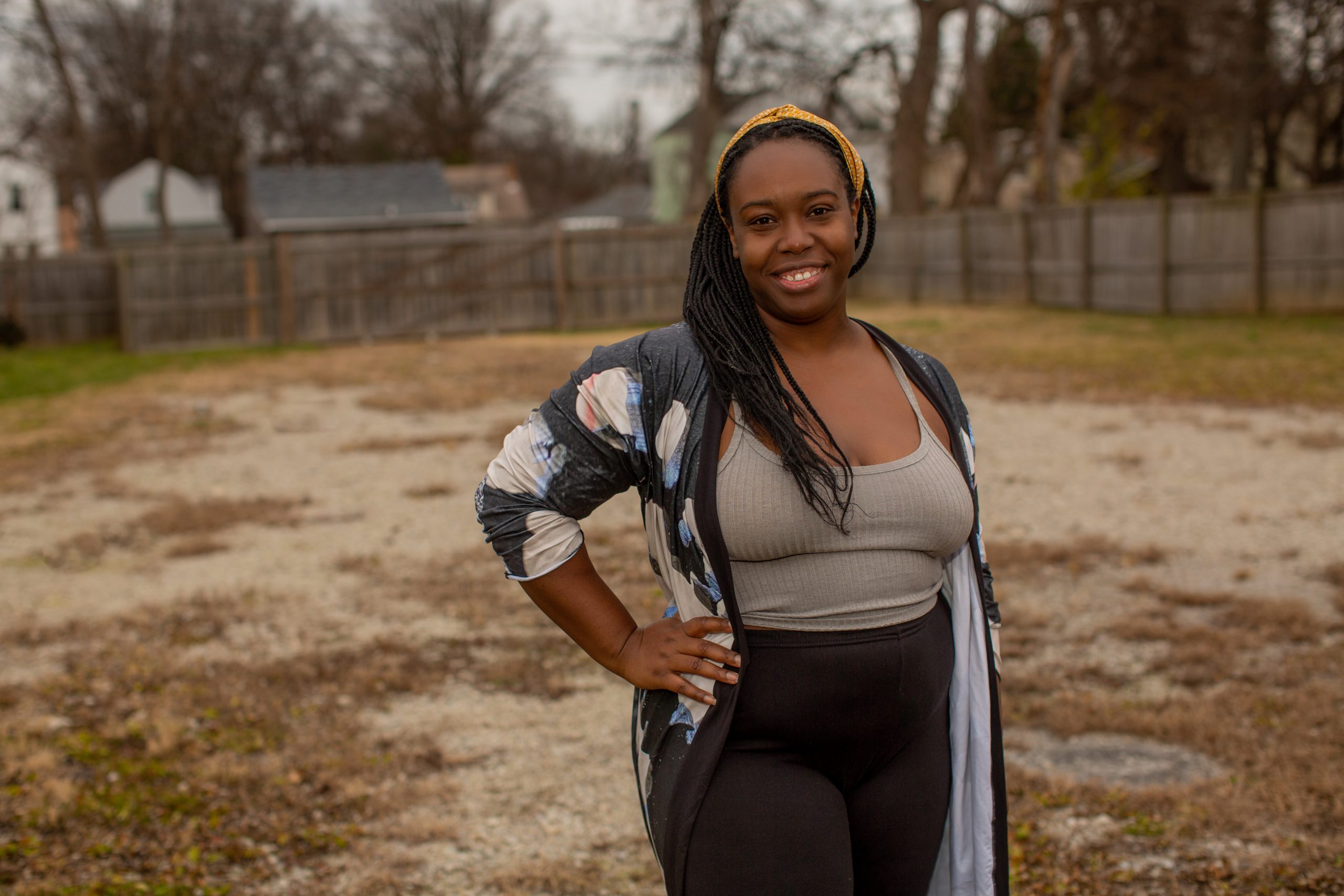 WHERE IS PARKLAND? Parkland neighborhood’s boundaries are 34th Street on the west, West Broadway on the north, Woodland Avenue on the south, and 26th Street on the east. It was originally called Homestead and was incorporated in 1874. In 1884 the name was changed to Parkland.