These Teens Are Giving Kids a Reason to Smile

These Teens Are Giving Kids a Reason to Smile 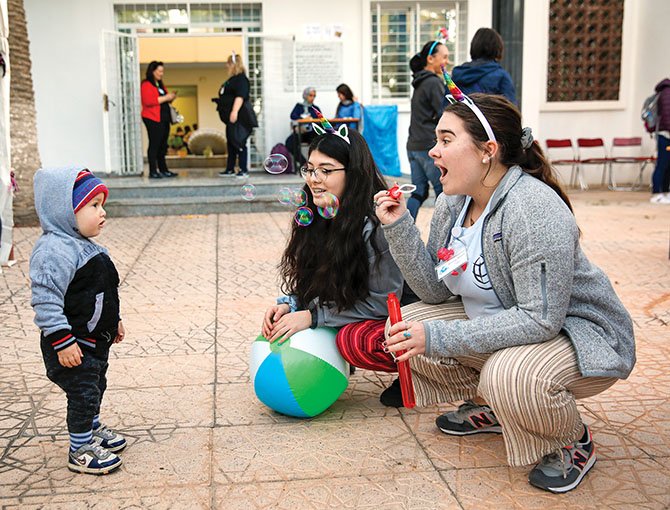 Ainsley Wuerth and Luzmia Lopez play with a patient’s sibling on the first day of screening during the 2020 Women in Medicine, Inspiring a Generation Operation Smile Mission at Hospital Al Farabi in Oujda, Morocco.

By the time you finish reading this article, someone in the world will be born with a cleft condition. Depending on which country they’re in, they might have surgery for a new smile right away — or not at all. Ainsley Wuerth, 19, and her sister Ellie, 17, want to help change this situation.

“I was surprised by how common cleft conditions are,” Ainsley says. “Once I learned how many children live with cleft conditions in developing countries and how much we could make a difference, I knew I wanted to help out.”

Ainsley was a freshman at Assumption High School when she joined the school’s club for Operation Smile, a global surgical nonprofit that provides cleft surgery and ongoing care for people in limited resource environments.

“I remember being in seventh grade and she would come home talking about Operation Smile,” Ellie said. “It made me excited to get involved, too.”

The sisters’ initial enthusiasm and involvement have only grown in the years since then. Ainsley, now a sophomore at the University of Kentucky, was co-president of Assumption’s club during her last two years of high school and is a current member of Operation Smile’s college Student Leadership Council. Ellie, a senior at Assumption, is the school’s Operation Smile club president and a member of the organization’s Southern Region Student Leadership Council for high schoolers. 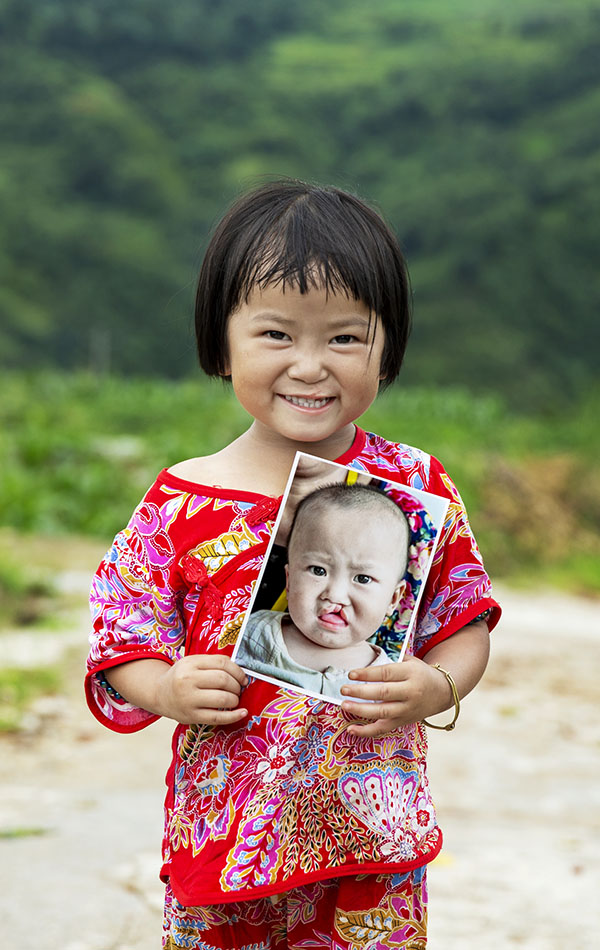 “Operation Smile empowers student volunteers to make a difference on a global scale,” said Ainsley, who witnessed that difference firsthand on a medical mission trip to Oujda, Morocco, March of last year. Yes — that March — the one when a global pandemic hit.

“We had to cut the trip short a couple days because of COVID-19,” Ainsley says. “Our flight home landed at 11 p.m. and they closed the borders the next day.”

But if you ask Ainsley about the mission, the first thing she’ll tell you about isn’t the pandemic — it’s the historic team of which she was a part. “It was the first all-female medical mission trip in Operation Smile history,” Ainsley said. “It was amazing to be with this powerful group of women who were on top of everything and always kind and welcoming. I was inspired by them.”

Ainsley estimates that the team performed 150 cleft surgeries during her time in Oujda. As a student volunteer, her role was primarily education and building a relationship with the patients and their families. “We taught them about things like dental hygiene, nutrition, and post-surgery care,” Ainsley says. “But a lot of the time, we were just on the floor playing with the kids, trying to earn their trust before surgery because many of them have never been to a doctor before.”

That trust is the basis for continued healthcare through Operation Smile. The organization not only provides no-cost surgery for people with cleft conditions but also ongoing dental care, speech therapy, and psychological services.

“It truly changes a person’s life forever,” says Ellie, who helped raise more than $1,000 for Operation Smile last year, the highest annual fundraising amount in Assumption’s Operation Smile club history. “As little as $240 and a 45-minute surgery gives someone a new smile. It seems like so little to give when you think about it, but you get so much fulfillment knowing you’ve made a direct impact on someone’s life.”

That fulfillment and their shared passion continue to fuel the sisters’ fire to give back — a fire that burns brighter and brighter, much like their future.

“My goal is to start an Operation Smile Club at UK this year,” says Ainsley, who is currently pre-med, a track that has been affirmed by her volunteer work. 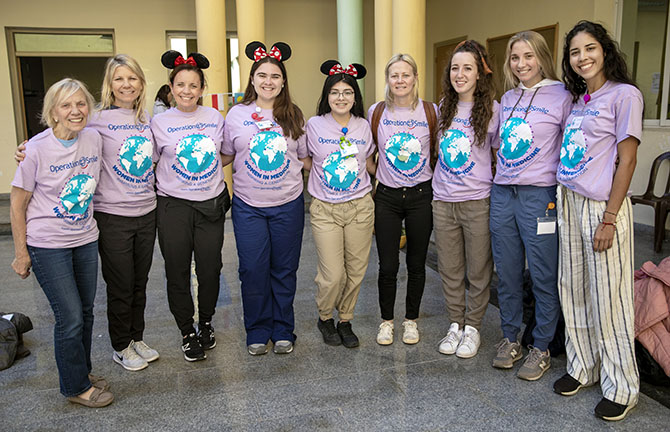 Ellie is spending her senior year keeping an eye out for the chance to do a medical mission trip. She is continuing her role as president of Assumption’s Operation Smile club, which has grown to 150 members.

“I love having Ainsley to go on and on about all of this with,” says Ellie. “We get really into it. It’s nice to have each other to lean on.”

P.S. Be inspired by these letters of gratitude written by area women to those they admire and appreciate.