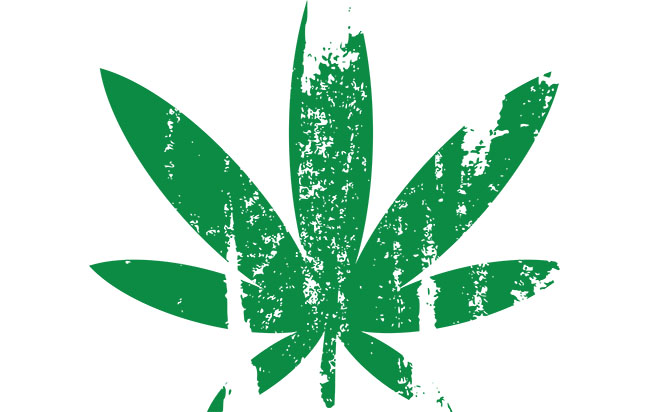 Medical Marijuana is treating everything from MS to PTSD. Will this be the year Kentucky (finally) legalizes?

After serving more than 20 years in the U.S. Air Force, Andrea Mizell had put her body through a lot. She’d spent countless 12- to 14-hour days running and walking in combat boots. The wear and tear caught up to her shortly after returning from a deployment in Kuwait in 2018. While running at the Kentucky Air National Guard base in south Louisville, her back went out. That turned into full-blown fibromyalgia, a chronic pain condition that also includes mood and sleep issues. Her doctors wanted to send her to pain management and give her steroids, but those medications had side effects, she says. She had insomnia, so she took sleep medication. Her symptoms made her anxious and depressed a lot of the time, and she was on meds for that, too. You wouldn’t know it by her U.S. Air Force Chief status, but Andrea had also been diagnosed with arthritis at a young age. Her symptoms contributed to a vicious cycle. “I didn’t have the drive,” she says.

In August 2020, she and her wife had recently become empty nesters and moved down to North Fort Meyers, Florida, for a more forgiving climate. Andrea got a saltwater pool and a hot tub to alleviate her symptoms. She adopted a plant-based diet, started getting acupuncture and massages, saw a chiropractor, and took up yoga. It all helped, but she was still struggling. Then the guy that cleans her pool gave her the name of a doctor who might have the answer. On March 31, 2021, after 25 years in the Air Force, Andrea retired. The next day she got a prescription for medical marijuana.

Andrea had never had any form of weed before, but she visited a dispensary and tried her first edible. After about an hour of feeling a little high, she says she felt a lot of the pain fade away. She now takes tincture drops every night about 45 minutes before she goes to bed. No more sleep meds, no more pain meds. “It’s the difference waking up feeling refreshed and not feeling drugged,” she says. “Just being able to function.”

She is one of more than 5 million Americans with a state-legal medical marijuana ID card. Different conditions qualify from state to state, but they include: Alzheimer’s, PTSD, anxiety, ALS, cancer, glaucoma, epilepsy, MS, chronic pain and severe nausea.

How does marijuana work for so many things? A lot of research has come out in recent years focusing on the body’s endocannabinoid system, first discovered in the early ’90s. According to a recent Harvard Health article, “All of us have tiny cannabis-like molecules floating around in our brains. The cannabis plant, which humans have been using for about 5,000 years, essentially works its effect by hijacking this ancient cellular machinery.” Different cannabinoid receptors in our body are critical to everything from immune function to inflammatory response to intestinal health to memory.

“I’ve seen the harm that doctors throwing pills at patients can do,” says Alyssa, a nurse I spoke with who asked to not use her last name. She is from Louisville but a couple years ago moved to Colorado, where medical and recreational marijuana are legal. She recently got her cannabis nursing training certificate, which allows her to do health coaching and dosing recommendations with clients. Medical research has shown the benefits after switching from pharmaceutical pain medicine, as those can cause irritability, constipation and other undesirable side effects. A 2021 study in the Journal of Alternative and Complementary Medicine showed that marijuana users take fewer medications, including opiates. In a state like Kentucky, where an already dire opioid epidemic has accelerated during the pandemic, medical marijuana could be the answer to a lot of pain and suffering.

“Our bodies were built to receive these endocannabinoids,” says Dee Dee Taylor, who sells hemp products online and through her Middletown store, 502 Hemp. “They were never meant to be taken out of our diets.” Dee Dee says her husband was taking nearly 30 pills a day to manage his seizures and it wasn’t until he started taking CBD that those improved. Whenever he has a higher THC product, he notices even more improvement.

When Andrea visits Louisville these days, which is about four to five times a year, her symptoms worsen. Because medical marijuana is not legal in Kentucky, she has to leave hers at home. “I always try to find a Rainbow Blossom to double-dose on CBD because I’m hurting all over,” she says.

This might soon change for people like Andrea. Legislation made it through the Kentucky House in 2020 that allowed for a very small-scale program through which doctors could prescribe and patients could grow their own marijuana. While the Senate did not bring it up for a vote, and 2021 showed no momentum, it’s looking like 2022 could be the year for it to pass here and in Indiana, two of only about a dozen states left to pass medical marijuana legislation. (Thirty-six states have legalized medical and 18 states have legalized recreational.) Rep. Jason Nemes, a Republican from Louisville, reintroduced a pared-down bill that does not allow personal cultivation: 15 growers and 25 sellers, with eligible conditions limited to chronic pain, nausea, epilepsy and multiple sclerosis. Meanwhile, Rep. Nima Kulkarni, a Democrat from Louisville, introduced a pair of bills decriminalizing marijuana and allowing residents to grow small amounts.

While legalized marijuana, even for strictly medical purposes, would be a relief to many (and polls have shown that the vast majority of Kentuckians support legalizing for both medical and recreational purposes), others are a bit cynical of the way Kentucky seems to be approaching it. The small-scale program proposed will likely keep Kentucky’s notorious black market thriving. Even in a state like Ohio, where medical marijuana is legal, the illegal growing and selling lives on, according to several residents I talked to.

“If medical passes and I can get a license to sell it, I am so there!” says Dee Dee. “Do I think that will happen? I’m definitely not holding my breath.”

In states where medical or recreational marijuana is legal, the labeling and dosing information that comes with regulation make it easier for consumers to learn and test out what’s a good fit. Dispensaries recommend strains and forms based on symptoms. Andrea tries out different products, such as one-to-one CBD-THC lotion. “I rubbed some on my neck and the pain went away within 30 minutes,” she says. “The relief lasted most of the day.” She also plans to try CBN, which is an aged form of THC that’s non-psychoactive. It’s hard to keep up with the latest terms and products: The science and cannabinoid isolation keep getting more refined, with more and more products tailored to conditions and preferences.

“Nobody’s the same. There’s no magic formula,” Andrea says. “There’s a fine point for me where I find a balance. Too much THC can make you feel like you’re gonna crawl out of your skin. There’s a misconception that people just want to get high.

Andrea says she isn’t going back to the pharmaceuticals she was taking. “If I’m getting good sleep, I have less stress, less inflammation. It snowballs,” she says, “I couldn’t live without it.”

Getting into the Weeds

Cannabis: The plant that includes hemp and marijuana. It has been used for industrial, recreational and medicinal purposes.

Cannabinoid: There are more than 100 of these compounds found in cannabis.

CBD (cannabidiol): Rose to popularity in Kentucky a few years ago when the 2018 Farm Bill removed hemp from the controlled substances list and allowed states to regulate the crop. CBD is a non-psychoactive cannabinoid and has therapeutic benefits.

THC: Also known as Delta-9 THC, this is the cannabinoid known for its psychoactive as well as therapeutic benefits; a key component to recreational weed or “marijuana”

Marijuana: Some prefer to just say “cannabis” because of the stigma and connotation as an illegal substance. This is a cannabis plant with higher THC. Aside from the high experience, it’s also more potent in treating pain, nausea and other issues than CBD alone.

Hemp: a cannabis plant that contains 0.3% or less THC and is known primarily for its industrial uses as a fiber and oil.

This cousin to medical marijuana is having a moment. Delta 8 is a compound derived from hemp that’s structurally similar to the delta-9 THC effects that marijuana consumers are used to. It’s the closest thing Kentucky has to medical right now. But with little awareness, understanding or transparency over the chemical process, the Kentucky Department of Agriculture has declared it illegal. 502 Hemp owner Dee Dee Taylor, along with the Kentucky Hemp Association, are currently fighting back in a lawsuit.