Stories of the 15 Percent — Madeline Franklin

Stories of the 15 Percent — Madeline Franklin 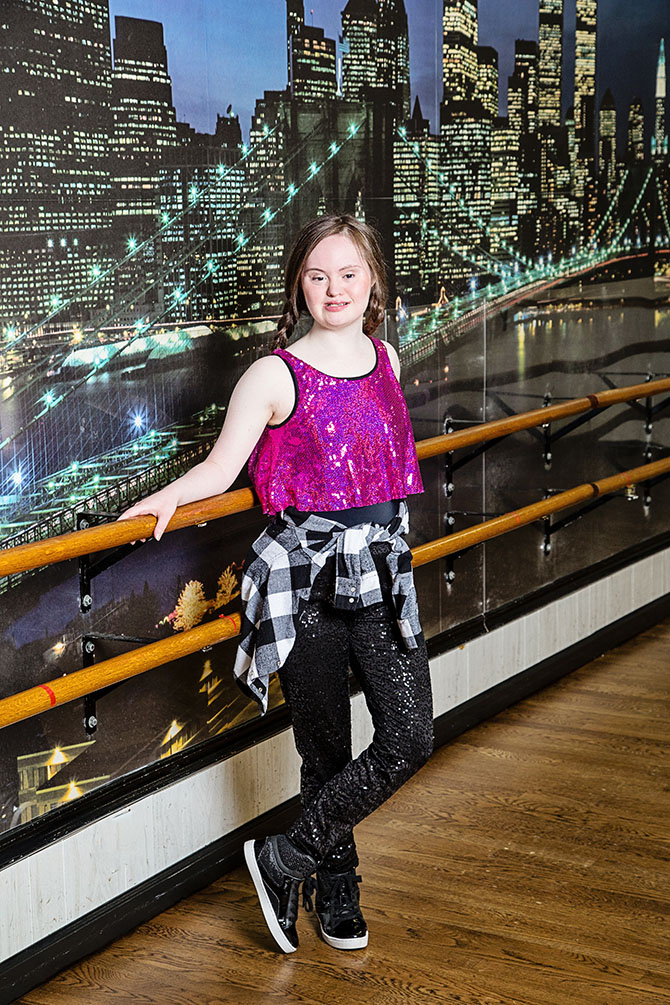 “I like to be a role model and show other people that although I have Down Syndrome, I can do anything I want to do,” Madeline Franklin says.

Madeline Franklin is a young Kentuckiana woman who has never allowed her life to be defined by her disability. She is an active and visible member of the community who wants to share her story and show that disabilities don’t define a person.

A girl born with sass

Angela and Dan Franklin learned that their daughter, Madeline, had Down Syndrome when she was about three days old. “She has what’s called Trisomy 21 nondisjunction. Basically there was an error in cell division so there’s three copies of chromosome 21 instead of the usual two,” Angela says. They decided that their goal would be to provide every opportunity they could to Madeline so she could excel, even if that excelling looked different than it would for other people. “We included her in activities with other peers her age, but we also became part of a community with other people with Down Syndrome. We found our people,” she says.

Part of that community was the support systems Madeline needed in order to achieve goals and meet milestones. “She learned how to walk, but she needed physical therapy. She’s an amazing reader, although she needed a little bit of extra help,” Angela says. One area that has always come easier to Madeline is sociability. Madeline loves to talk. “She is extremely social and does a great job communicating with friends,” Angela says. 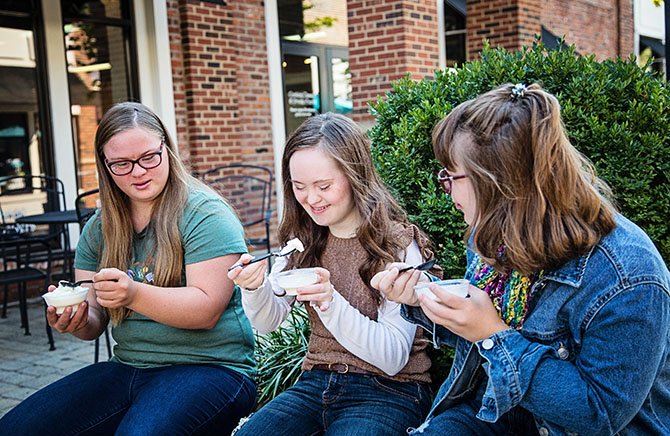 Now age 21, Madeline has a full and active life. She has had a boyfriend for several years and regularly goes out to see movies with friends. She participates in the University of Louisville’s PACT (Providing Access to Community Transition) program, which is a joint effort with Jefferson County Public Schools. Students between 18 and 21 with physical and mental disabilities attend class on U of L’s campus. They complete their high school curriculum while also getting the opportunity to experience college courses and activities. Madeline is taking a weather and climate class now and has thoroughly enjoyed the “Acting as Communication” class that was part of the program.

Madeline loves to dance, and since age four has been part of Diane Moore Dance Academy in Jeffersontown, where she is one of the Miracle Dancers. When she started taking a hip-hop class with typical peers, she discovered a real passion. Madeline has danced so many times as part of the opening act for the Crusade for Children on television that she doesn’t get nervous anymore. “It’s an amazing experience for me,” Madeline says.

In addition to dancing, Madeline has also been involved in modeling. “I have modeled for five years for Down with Derby Fashion Show and one year with Style Icon Fashion Show. I wear different outfits from different boutiques, get to wear makeup, and be with friends,” Madeline says. She loves to strut her stuff on the runway.

Madeline is sassy, friendly, and confident, and her advice to other young people with Down Syndrome is good advice for everyone: “You guys are perfect in your own way. Stand up and be powerful.”