Stories of the 15 Percent — Jazzlin Hamilton

Stories of the 15 Percent — Jazzlin Hamilton 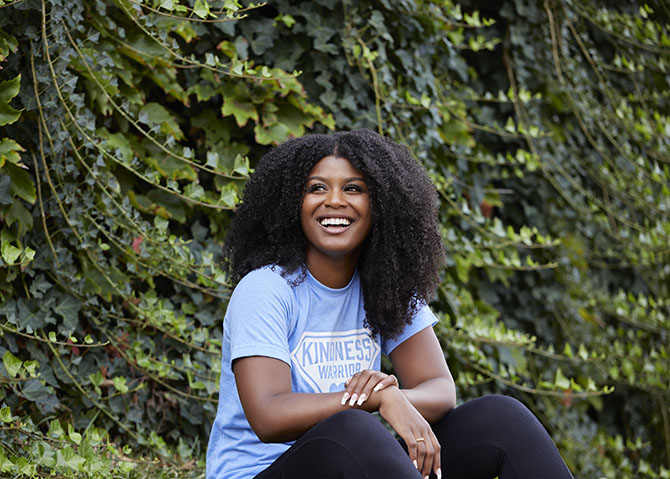 “I never thought I’d be in sales. I don’t know how I got here. They tell me all the time, ‘Jazz, you’ve been doing sales your whole life, selling yourself and selling your accomplishments,”­ Jazzlin Hamilton says.

An accident that changed a life

Jazzlin Hamilton is now a 22-year-old sales executive at TBain and Co. and a graduate of Western Kentucky University (WKU), but when she was eight years old, her family wasn’t certain what her teen and adult years might look like due to an accidental head injury. Jazzlin was playing on a hammock that was screwed into the ceiling joists in her unfinished basement. While she was swinging, one of the hooks broke, and Jazzlin landed headfirst on the concrete floor. “I was a very dramatic kid and always getting myself hurt. It was no shock to [my mother] that I was crying. She didn’t think much of it,” Jazzlin says. But when Jazzlin began to throw up, her grandma came over and told the family to get Jazzlin to the hospital.

At the hospital, doctors delivered scary news to the family. If Jazzlin didn’t get into surgery immediately, she would die, and if she survived the surgery, there was no guarantee that Jazzlin would ever walk or talk again. When Jazzlin woke up a few weeks later, neither her doctors nor family knew what to expect. She was bald on half of her head with stitches and a neck brace. “I had 30 people waiting to see me. The first words I said were, ‘I have to pee,’” she says. She was also able to take steps to the restroom. Jazzlin had survived the head injury and surgery talking and walking, but the future was uncertain. No one knew how the head injury would affect her ability to think or learn.

What doctors did know is that it would take a long time for Jazzlin’s brain to heal. She was not allowed to bike, run, play on the playground, or play sports for four years. “As a kid, hearing that at eight years old kind of ruins your life a little bit,” she says. “I can’t do kid things.” She went to speech therapy and says she still has to really think about everything she says in order to articulate words correctly. She spent her entire summer recovering and returned to school in the fall, but her brain wasn’t quite ready for the return to primetime. She needed naps because she would tire easily, and she was constantly going for doctor visits. 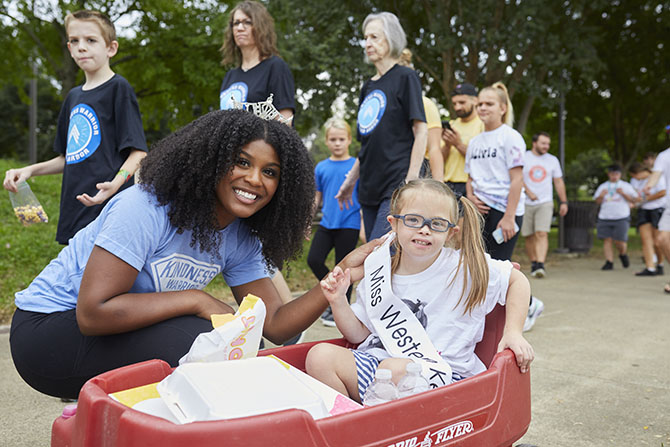 Jazzlin’s brain injury took a toll on her. She didn’t want people to treat her differently so she didn’t talk about the accident. She lacked confidence. But when she got to middle school, she tested really well on the state math tests and was placed in advanced classes, which turned her attitude around. “It was my push to be better. It was my awakening that I’m smart,” she says. That push continued through high school. She graduated as valedictorian, was in all the school musicals, and was captain of her dance team.

But it wasn’t until college that she opened up about her traumatic brain injury (TBI). “In high school, I didn’t tell people because I didn’t want to be treated differently or taken out of classes or deprived of my fair chance,” she says. Her first day on campus, though, she went to the student accessibility resource center to ask for help. She knew what she wanted to do, and she recognized that she had to open up about her TBI and her needs. When she began to participate in pageants, she realized that her TBI was her story, and she could use the pageant platform to become an activist.

P.S. Madeline Franklin, a young Kentuckiana woman living with Down syndrome, shares her story and show that disabilities don’t define a person.