Stories of the 15 Percent — Arlena Johnson

Stories of the 15 Percent — Arlena Johnson 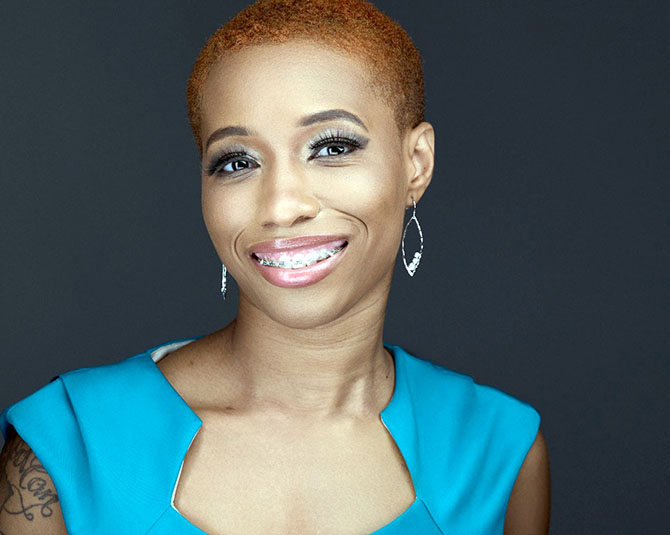 “Your life could be fine and the next thing you know, you can end up having a disability. Disability does not discriminate against anyone,” Arlena Johnson says.

Sometimes diseases hit perfectly healthy people and over the course of days or weeks, these individuals begin to understand that they are now part of #WeThe15. This was the case for Arlena Johnson, age 30, who was diagnosed with neuromyelitis optica (NMO) in 2017. NMO is a central nervous system condition in which the immune cells attack the spinal cord and optic nerves. When Arlena began to feel weak over the course of five days, she visited a doctor twice, but it wasn’t until she lost feeling from the neck down that her cousins took her to the hospital, where she was given a diagnosis and a bleak outlook.

Doctors told Arlena she had six months to live and a one percent chance of being able to walk again. They tried several different medications and treatments without success. As a last resort, they had Arlena complete five months of chemotherapy. While the chemotherapy worked, she continued to deal with severe nerve pain and had to be weaned off fentanyl. “It was a roller coaster ride. I was going through one thing to the next thing,” she says. The NMO caused scoliosis to develop, which required surgery followed by physical therapy.

While Arlena says gabapentin controls her nerve pain now, it can be hard for non-disabled individuals to fully appreciate the discomfort that a disease like NMO can cause. She says her nerve pain is a shooting, burning, tight sensation. (If you have ever had shingles, you have a taste of what Arlena experiences with NMO.) 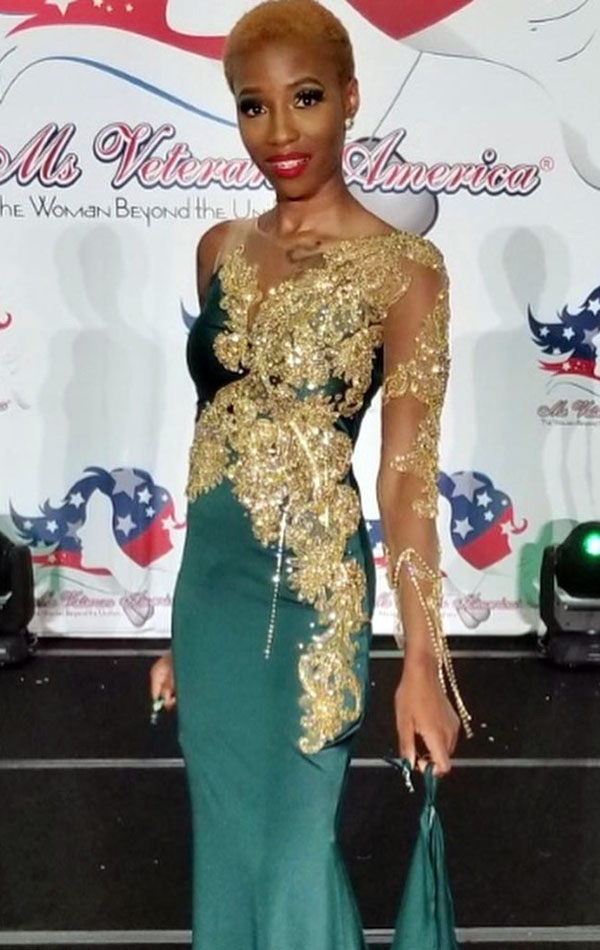 Arelena’s goals are to return as a contestant in the Ms. Veteran America pageant and get a master’s degree.

To say that Arlena has been through it physically and emotionally as a result of NMO is an understatement, but she has simply kept on going despite her pain and setbacks. She completed the last two classes of her bachelor’s degree in human resources while doing chemotherapy. And in October, she competed in her first pageant ever, Ms. Veteran America, in Orlando, Florida, where she made it into the top five.

And she has other goals and aspirations, one of which is to invest in some serious self-care. “For the last few years, I’ve been surviving, fighting to survive. I haven’t been able to live the way I want to live,” she says. She wants to get back to having fun and enjoying life. She wants to learn herself all over again because she is a changed woman. As the NMO advocate for the state of Kentucky, she wants to work toward bringing awareness of the disease using her experience to motivate others via public speaking. She hopes to return as a contestant in the Ms. Veteran America pageant and get a master’s degree.

As part of bringing awareness, Arlena isn’t just focused on NMO; she wants to bring awareness about disabilities. “There are people who are disabled and don’t look like they are,” she says. In her own situation, she can walk a short way without a cane, and if someone saw her doing that, they might then be confused when she needs a cane for support and steadiness after a certain amount of time or distance. Disability isn’t all-or-nothing. She hopes with education more people can show a little understanding and compassion.

P.S. Read more stories of the 15 Percent, including Madeline Franklin.