Softball is Her Go-To Stress Reliever

Softball is Her Go-To Stress Reliever 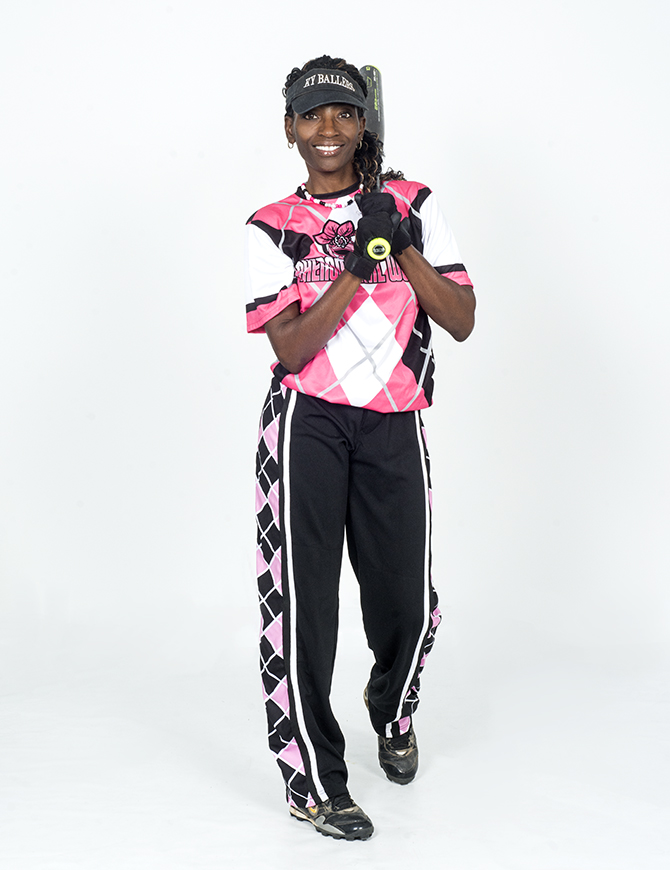 Fayon Davis has been an avid softball player since she was a child. During her childhood, she was the victim of sexual abuse, and playing softball offered her a way to cope. Fayon says, “I had to keep a lot inside, but softball was my out. I’m just grateful that I didn’t explode through the years.”

She says she was a tomboy who played with the local boys in the neighborhood, but she enjoyed the game so much that she went on to play softball on scholarship at Florida State. For six of her 12 years of active duty in the United States Army, she played All Army women’s softball.

When she isn’t working at her job as an accountant with the Department of Defense, she travels around the United States on the Black American Softball Association’s (BASA) Black Softball Circuit, an activity that still provides her tremendous stress relief. Fayon plays with four teams: Phenomenal Women, Silent Threat, Kentucky Ballers, and the Lady Diamonds. Since not every team is always playing in a tournament, Fayon says, “I get in where I fit in” in order to have time on the field.

When she isn’t playing softball, Fayon walks for exercise, which keeps her in physical and emotional shape. At her home in Elizabethtown, Fayon walks to keep her stress level down. She doesn’t set any kind of walking goals, but will often just walk to the store and back. “I feel that once you are out walking there is no limit to clearing your head,” she says. That stress relief is critical for Fayon, given her childhood abuse, as well as post-traumatic stress disorder from her Army days and an abusive marriage when she was younger.

Another part of her stress relief that allows her to give back to her community is her involvement in the Order of the Eastern Star masonic organization. She attends meetings and events, such as back-to-school supply giveaways and fashion shows, at the Prince Hall Parkland Masonic Temple in Louisville. This past summer she flew to Tampa, Florida for the 2016 Imperial Session of the Prince Hall Shriners. Between her softball and masonic involvement, she is able to visit numerous US cities throughout the year.

In Elizabethtown, she volunteers at Warm Blessings, a nonprofit that provides meals to the homeless, where Fayon serves food and washes dishes. She credits her faith and God as the reasons she has survived as well as she has over the years.

We can all learn an important lesson from Fayon about using faith, fitness and fellowship with the less fortunate to be our best, less-stressed selves.