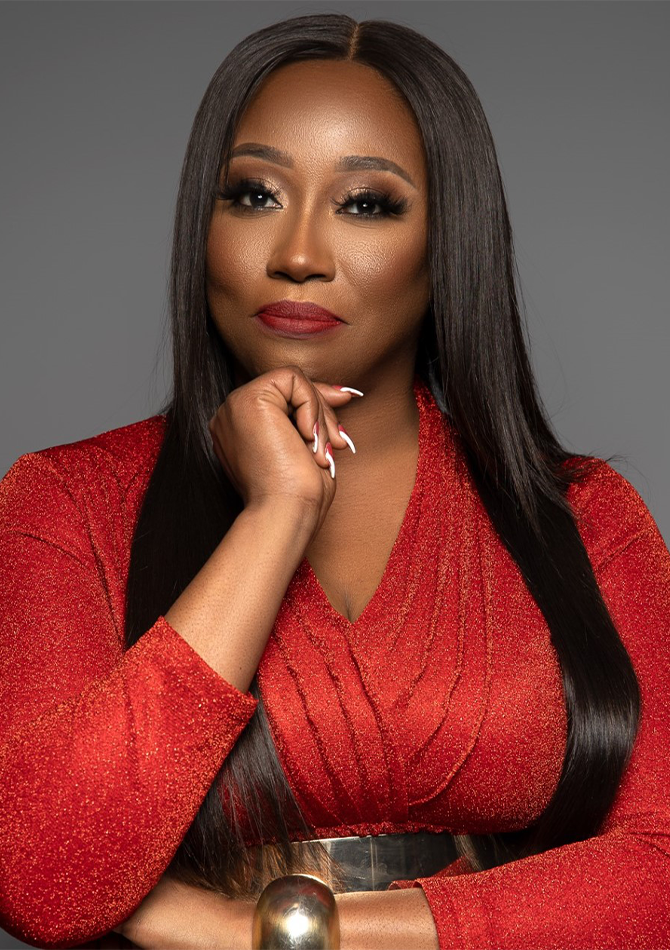 A Welcomed Seat at the Table

This interest in what the experts call “diversity, equity and inclusion” began for me when I was a small girl. My two sisters and I were raised by a single mother in upstate New York. We initially lived in the projects, were a part of the urban/suburban program and were bused from our inner city neighborhood to a predominantly white school. Though the projects we lived in were viewed as crime infested and unsafe, that neighborhood provided some joyous memories for me. It was a melting pot of people and, despite its reputation, I always felt safe.

My mother eventually relocated us to a suburban, white neighborhood where we were the only Black family. I, for the most part, became immersed in white culture. From my mannerisms, speech, and interests, I was what many call an “Oreo.” I was Black on the outside, but had difficulty making connections with some of my Black peers because I was “different.” I also struggled with my white peers. The older I became, the more I realized there were exceptions to how welcome I was in their white worlds. I could be friends with them and even go over to their houses, but dating always felt questionable. Some were also apprehensive about visiting me in my world. As I matured, I was able to make stronger connections with my Black peers, but I longed to bridge the gap between my friendship groups, but as a young woman I was not equipped with the necessary tools, nor did I fully understand our country’s history well enough to address the real issues.

I continued to learn valuable lessons about the complexities of our world as it relates to race, community, social economics, and the systems that we’ve all inherited that make it more difficult for some and easier for others. In my first job out of college, there was a young white woman named Cassie who was in my orientation with me. She was sharp as a whip and reminded me a lot of myself. I took an immediate liking to her. We never became close friends though. While I could never put my finger on it, there was always an unexplainable awkwardness between us.

Cassie and I were extremely competitive and ambitious. We would always talk about our plans to climb the corporate ladder. With a desire to take on more work, I walked into our boss’s office full of confidence and a proposal about how I would accomplish my ideas to help the company grow. I was expecting my boss to be excited and impressed by my pitch. But his response was lackluster. I remember him saying that I was fresh out of college and the career path I had described would take about 10 years.

To me, DEI is about creating an environment for every person to feel comfortable in any space and to have the same opportunities.

I was disappointed and thought I would talk with Cassie about the experience, but she was absent from her cubicle for several days. I finally ran into her one evening en route to my car after working late. She shared the news with me that she had been promoted. But it wasn’t just any promotion. She had been tasked with the very assignment I had pitched to my boss. Cassie was fortunate enough to have been invited to a holiday party at our boss’s home where she, too, had the opportunity to spend time pitching him ways to make the organization more competitive. I never received an invitation.

I eventually left that job and like most Black women, my life continues to be filled with pivotal experiences that shape how I now move in the world, the issues I prioritize and why diversity, equity and inclusion is a key component in the work I do.

To me, DEI is about creating an environment for every person to feel comfortable in any space and to have the same opportunities. Shortly after the Breonna Taylor and George Floyd murders, I became laser-focused on the role women must play in bridging the racial divide. With an introduction by former University of Louisville President Dr. Neeli Bendapudi, I partnered with a colleague, Phoebe Wood, and created WOC and WWAR (Women of Color and White Women Against Racism), a diverse group of women who have come together to build authentic relationships and have meaningful conversations about ways to move this city ahead. I also launched the Global Economic Diversity Development Initiative (GEDDI) to help close the racial wealth gap through economic empowerment. GEDDI is committed to providing resources, access, and tools to not only help Black-owned businesses and non-profits survive, but so they may also thrive.

Finding a way to bridge the gap between people and communities has been a goal of mine since an early age. I did not have the right resources to do it when I was younger. Now as an informed adult, I am moving fearlessly forward with my purpose in bringing not just women, but everyone, to the same table where we can boldly tackle the tough conversations and create opportunities for all of us to flourish. Diversity, equity, and inclusion not only means everyone should have a seat at the table, but it also means we are all welcomed and feel comfortable being there.

When I learned the previous owners of Today’s Woman were looking for a new owner of the magazine who would continue its legacy as the oldest, largest, and most trusted local monthly magazine devoted to women, I knew I was the right person for the role. While I wanted to celebrate the magazine’s tremendous past, I also saw it as an opportunity for the magazine to serve as the catalyst for women in the region to extend their inner circle and enrich their lives with new relationships and fresh perspectives. We are on our way.