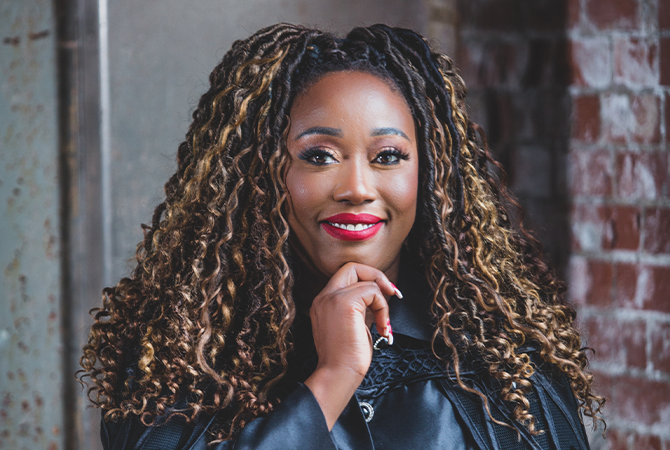 When Hope is Tested

The war in Ukraine, mass shootings, the reversal of Roe v. Wade, the transgender debates, negative feuds on social media, January 6th. I don’t know about some of you, but I was confident as we began to reopen post the height of Covid, that somehow things were going to “get back to normal.” Yet the past few months have shown us that the long run effects of isolation, fear and trauma are far from over as we are daily enduring the tragic and jaw dropping decisions of others. To add insult to injury, the aforementioned incidents seem to find their way into deadlock debates much faster than they lead to productive conversations centered on solutions. And … It’s … Exhausting … So exhausting, I didn’t even want to write about it.

However, I knew that if I, a super optimist was hitting an all-time low, I could not be the only one. And sure enough, I decided to do what women do best: confide what my struggles are with other women.  These were women I could be authentic with. They shared very similar feelings and questions about whether or not the “good” work we set out to do each day is in vain.

For the first time in a very long time, I felt the motivation waning. And as someone with a vast network of amazing people and family around me, I felt as though I was falling into a pit of despair – it’s as though someone sucked the hope out of the room. It was so overwhelming that there were a few days that I would close the laptop and crawl into the bed because it was easier to dream than to live in what felt like a perpetual nightmare. The actions of others felt as though they were suffocating my ability to be great.

Thank almighty God for women. It really and truly came down to women rallying. From the articles they have shared, to the phone or zoom conversations, we just were not being optimistic, and while on some days our feet hit the floor to show up, the chaos happening in our world was shrinking our ability to be hopeful. We also began to conclude that the final decision makers in many of these instances were of the opposite sex. Where are the women in all of this? Some argue that we become complacent due to the various privileges we receive from the male population’s wealth, strength or overall access.

I know women are problem-solvers, but where are we as the final decision makers on choices interfering with our hopes?  I would like for us to build a better strategy for placing women into positions of power within these areas:

Technology – Technology has been the bridge to innovation, but it can also be destructive. The ever-present pull of social media and other forms of media can either chip away at a child’s self-esteem or contribute to deeper emotional problems (check out Jean West’s column on violent media and our children’s well-being on page 58). As women and mothers, more of us need to learn the rules and laws that govern technology, because policy or the lack thereof, could be the difference between oversight and no oversight with our children.

The war in Ukraine – This topic leaves me with many more questions than answers. It was a man who decided to take us into war yet with a number of supply chain disruptions and families being displaced, women have been greatly impacted. This decision is passing down trauma to a new generation of children Ukrainian women birthed or will give birth to. What is our role on the world stage? How are we preparing to organize and strategize on American soil?

Abortion – The Roe v. Wade decision has ignited a debate about reproductive rights and morals – people on both sides are being challenged because of their views, but a man dictated the orchestration of the Supreme Court. His advisors were men and those men were advised by “mostly” other men. Whether we like the outcome or not, these men had a strategy to win. As women our strategies need to go beyond the confines of our home. And they shouldn’t only be about protecting our privileges. Our strategies need to be the tentacles that are navigating the future of our world.

Certainly, there are many more areas where we can improve our strategy. However, women uniting to be proactive in how we strategize as a collective is what matters most.  If we are the majority, then why the hell are we not at the helm? Why are men running things when we are the carriers of human life? I’ll be damned if I am going to accept receiving privileges from my sons when I gave birth to them. Why do some of us accept the privileges that men give us instead of taking the leadership role and being in charge of those privileges? Is it that they control the majority of wealth? Is it because they make the difference between the square footage we enjoy, the balance on our credit cards or the social circles we do or do not access?  If so, I suggest you be smart. Our next generation will depend on it.