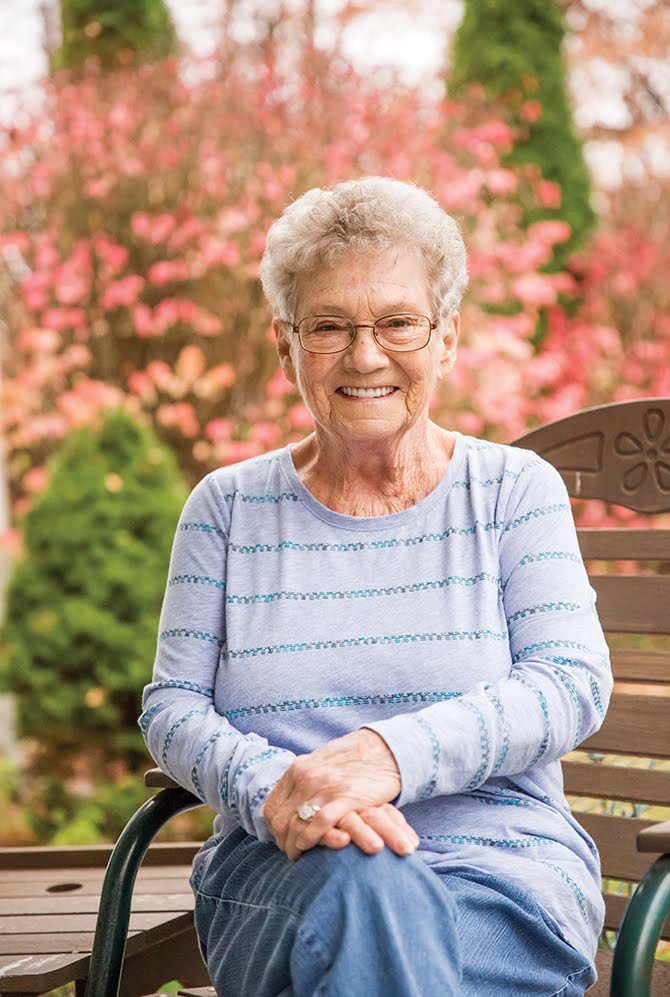 There were no signs alerting Janice Durham that she may be suffering from anything other than a typical cold. But when the nurse practitioner “didn’t like the sound” Janice was making while inhaling deep breaths, an X-ray scan was recommended. In November 2015, the scan revealed that she had Stage 4 non-small cell lung cancer.

“You definitely learn to be thankful for everything that you have and the good life that you’ve had,” Janice says.

Janice, now 76, began radiation and chemotherapy soon thereafter. It shrunk the cancer a little, but the treatments resulted in harsh consequences to her esophagus. She also became very ill and had to endure therapy at home to get her strength back enough to simply walk.

It was also around that time that Janice saw an advertisement on TV for a cancer drug called Keytruda, a form of immunotherapy that helps the patient’s own immune system fight the disease. She got a referral to see Dr. Goetz Kloecker at the UofL Brown Cancer Center in Louisville in hopes of being able to try it, and she did. However, after a bad reaction to the treatment, another immunotherapy drug called Tecentriq was recommended.

Now, Janice has had more than 10 treatments with the drug, the cancer has stopped growing, and she hasn’t had any subsequent pain. She gets the treatment via IV every three weeks, and every three months a CT scan is done to determine her progress.

“We have seen better days now for quite a little while, and we’ve enjoyed it so much,” Janice says.

It’s Janice’s husband Wink who has been her strongest support. He’s been at every treatment appointment with her. He’s stayed with her at the hospital, sleeping on whatever he could find. He was there during rehabilitation.

From the first day of diagnosis, Wink told her not to worry about it – and she made up her mind to follow that advice. Now that is the advice she gives to others who may be recently diagnosed.

“Really, really try hard to keep a positive attitude,” she says. “Just keep the faith and hope going – and keep a good person on your side.”