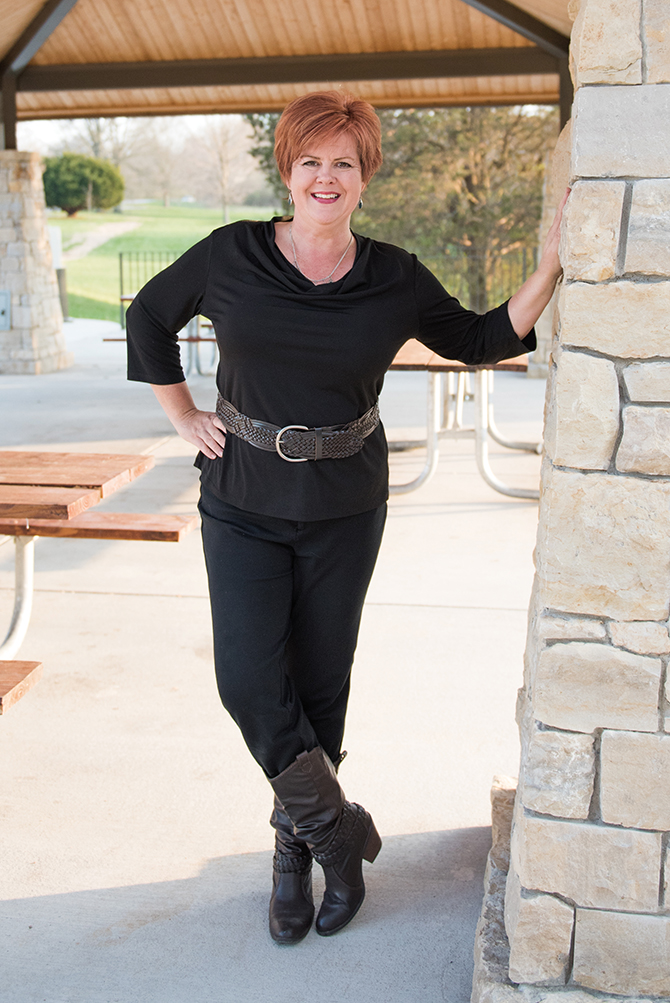 Listening to Her Own Voice

“I’ve never really had clear goals,” Jessie Browning says. “I’ve been inspired by something in the moment and done that.”

She started saying she wanted to be a police officer in the eighth grade, although her father, who had been in law enforcement, expressly warned her against it. After graduating from high school in Albuquerque, New Mexico, Jessie became a police aide in an internship program that helped people under age 21 get their foot in the door so they could become sworn officers once they were of age.

During a visit to Farmington, New Mexico, where her grandparents lived, she read on a billboard that the local police department was hiring community service officers. When Jessie walked in to get information, she was hired on the spot. Soon after Jessie was allowed to enter the police academy; she became a sworn officer in 1991 right before she turned 20.

In 1996, she moved to Louisville and was hired by the Jefferson County police department (before the city/county merger). For years, she worked overnight hours on patrol with occasional temporary duty assignments. In 2003, she took the test to become a sergeant, which she says had a powerful redirecting effect on her. “I had a very singular scope and vision of what I thought policing was,” she says, but seeing the bigger picture altered her viewpoint.

Jessie worked for five years in the training division, implementing a program that offered her the opportunity to train not only local officers, but officers in other states and even as far away as Okinawa, Japan. She says this program was a big shift for the department, focusing on journaling and emotional intelligence. “It was really touchy-feely for cops,” she says.

Eventually, Jessie was promoted to lieutenant, where she was able to get a sense of how budgeting and politics impact policing. The stress of a career in law enforcement, though, was gradually taking a toll on her. During a particularly trying time when she was writing grants and forgot her son’s soccer meeting, she told the police chief she would be retiring as soon as she was able. Four months later, in 2016, Jessie took off her badge.

While Jessie has kept her toes in policing by working at headquarters on a part-time basis, she continues to listen to the gut feeling that guides her in personal and professional decision-making.

There were many years in law enforcement when Jessie says, “I denied myself the opportunity to find my own voice,” but eventually she gained the confidence to listen to that voice and allow it to guide her, which she continues to do in retirement.

She is focusing on raising her three children and writing two books, one a fictional story about a detective, and the other a nonfiction work about being a female police officer. She continues to use what she learned in the force to guide her to be a better person. “Being a police officer made me a much less judgmental person,” she says.