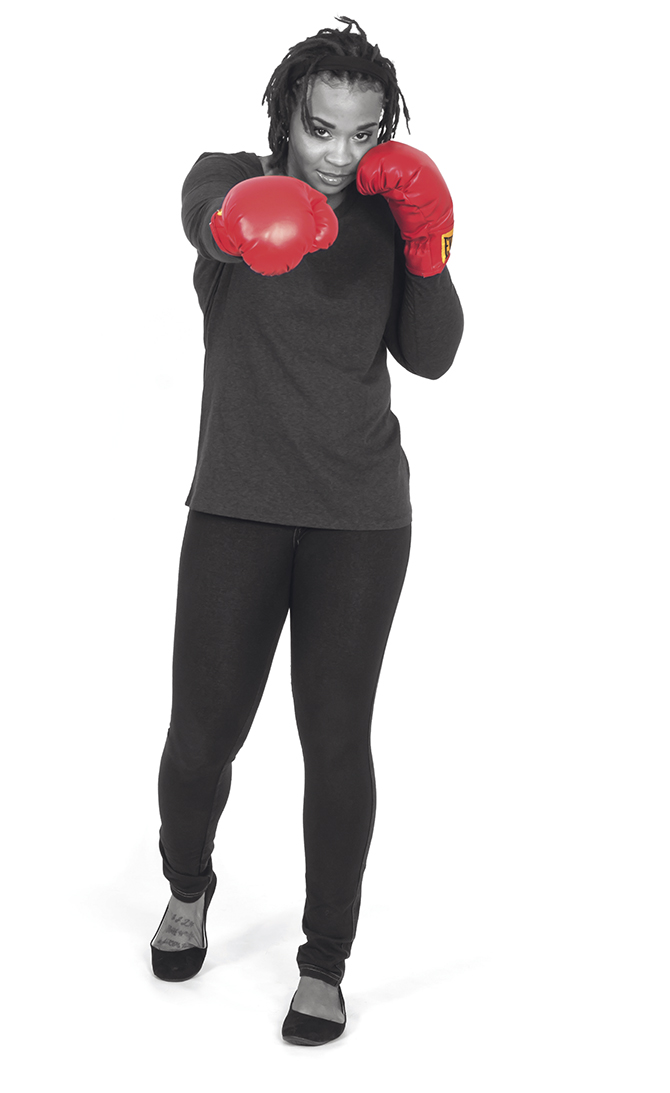 When it comes to donning fighting gloves, Marquita Busby (32) of Okolona has years of experience. As both a competitor in mixed martial art fights and a survivor of Hodgkin’s lymphoma as a teenager, she has faced her share of physical challenges, but heart disease had her against the ropes for a while.

In 2014, she was training six days a week, sometimes two to three times a day and was extremely tired. She checked in with her doctor, who diagnosed her with a thyroid condition, which very likely resulted from her radiation and chemotherapy treatments. Although she was put on Synthroid, she continued feeling unusually tired. A return visit to her physician resulted in a referral to a cardiologist, who diagnosed Marquita with stenosis of the valves. “The doctor told me I was too young for surgery and that I should stop mixed martial arts,” she says.

Marquita wasn’t about to just take a seat and watch life pass by so she sought a second opinion. The next surgeon she saw said she needed immediate surgery, which took place on April 28, 2015. “Open heart surgery was the hardest thing I’ve ever experienced. I never realized how much you use your chest for sitting and standing up. I never realized how much it would affect simple things,” she says. She initially felt discouraged because she had to use an oxygen tank when she walked the hospital halls. She credits her youngest child, Jayden, who was 3 years old at the time, with giving her the strength to keep going. “He wouldn’t just let me sit and sulk,” she says. When he would visit her in the hospital, he would tell her she had to get up and walk.

Marquita is back in the gym training and participated in a jiu jitsu tournament in November 2016, where she came in second place. She has translated her own nutritious eating into a small business called Portion Prep, in which she creates grab-and-go healthy meals for others.

Heart disease hasn’t stopped Marquita, but it has changed her. “It humbled me a lot,” she says. “I thought, ‘I beat cancer so this should be a walk in the park.’” She wears a FitBit now when she exercises, and she monitors her heart rate, but she is still able to do what she wants to do and be active. “I had to find a different way to do things,” she says. “I had to learn to fight differently.”