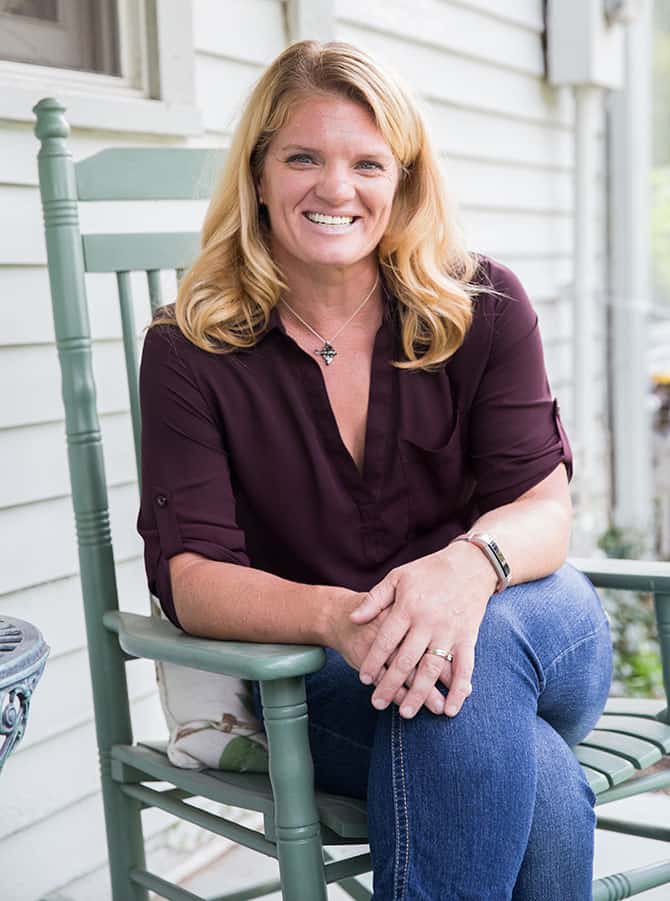 Approximately one in five U.S. adults experience mental illness in a given year, according to the National Institute of Mental Health. So why is it that our society is afraid to talk about it?

That’s what Army veteran Carolyn Furdek is on a mission to change.

Carolyn served three tours of duty in Afghanistan and Iraq in the early 2000s, but it wasn’t until that third tour that she struggled mentally with her time from war.

As her unit’s intelligence officer, Carolyn experienced an event that caused her to “shut down.” Shortly thereafter, she was medically discharged from the military, but her reaction to that situation would be a personal battle for over a decade.

“I saw dozens of physicians but was never really able to get an answer,” says Carolyn on trying to find a diagnosis. “I just really struggled. I didn’t want to talk to anybody. I was just embarrassed and scared and paranoid and fearful. I would withdraw from people. That was my way to cope with my struggles.”

In 2015, her mental health provider led her to psychiatrist Dr. Rifaat El-Mallakh at the University of Louisville, who recognized Carolyn’s struggle as cycloid psychosis and started her on a treatment plan to help curb the symptoms and lead a life without continual problems.

For Carolyn, that treatment plan includes anti-seizure medicine and cognitive therapy. Two years later, she has seen so much improvement that she wrote a book, Locked-In: A Soldier and Civilian’s Struggle with Invisible Wounds, to share her experience and provide a voice to those who are also struggling.

With the book’s release earlier this year, she has been asked to speak all across the country. She has received messages from people around the world who are grateful for her candidness, many of whom have taken the information to their own medical providers. Even Carolyn’s provider shared it in hopes of changing how cycloid psychosis, and mental illness in general, are addressed within the medical community.

The 39-year-old married mother of two also credits the support of her husband, Joe, family, and friends – namely Laura and Karen – for helping her cope. They check on her, make sure she’s around people, and get her off the couch every day to keep her natural endorphins up.

As a physical therapist, Carolyn currently works at the University of Louisville Hospital Trauma Center and the Louisville VA Medical Center. Her desire is to break the stigma of mental illness and change people’s assumptions about it. She also wants psychiatric wards to be improved and the stigma of people who find themselves there to be broken.

“Everybody struggles with something. The more you talk about your struggles, the more normal it becomes to break that stigma and you can just pick yourself up and move on.”