Don Your (Red) Gloves For a Cardiovascular Fight

Don Your (Red) Gloves For a Cardiovascular Fight 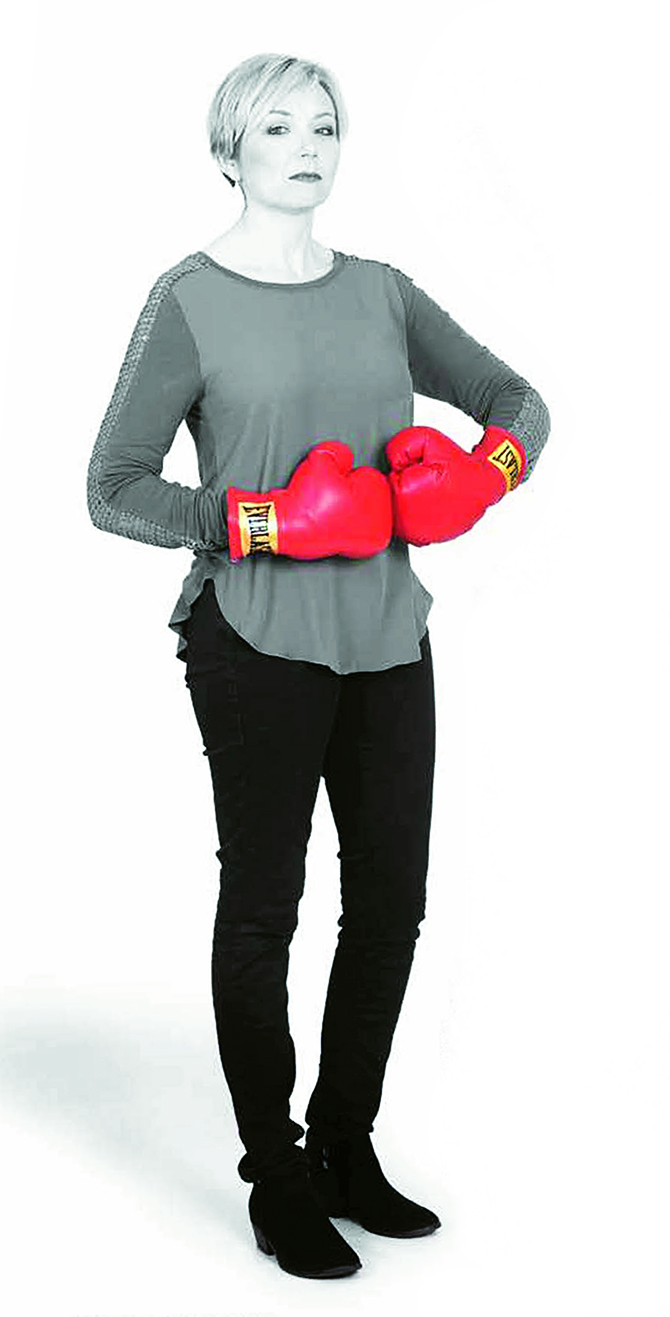 Two years ago, Jenny Leanhart, 43, of Middletown was doing what many other women do regularly: working a full-time job, raising three kids, plus having a house built. She had been experiencing headaches for about six weeks but wrote it off as stress. When she was getting into the shower on a Saturday morning, she began to feel dizzy and felt a violent shaking on the right side of her body. She called for her husband, Scott, who realized she was having a stroke and called 911.

Upon arriving in the emergency room, Jenny was diagnosed with a clot in the main artery that feeds the brain stem. Although unable to speak, Jenny says, “Every moment that I was awake, I knew everything that was happening.” Because she was having difficulty breathing and a clot-busting treatment hadn’t worked, doctors put her on a breathing machine and took her into surgery for a thrombectomy to remove the blood clot. She later learned that an arterial dissection, a small tear in her artery, is what had caused the persistent headache she had experienced.

Jenny could breathe on her own again following surgery, but she was unable to speak for three days post-operatively. The right side of her body remained flaccid for six months, and she had a feeding tube for six weeks. For the past 23 months, Jenny has been in outpatient rehab two to four days a week for physical, speech, and occupational therapy. It has been a long process since coming home from the hospital when she could only take a couple steps using a four-point cane. She now uses a single point cane and has an electrical stimulator on her right leg to assist her in walking. She recently returned to work part-time.

“I know I’ll be living with a disability, but I don’t know the degree,” she says since stroke patients can sometimes continue seeing improvement five or more years after their event. Where she is now is a huge feat, especially since “I didn’t just put the brakes on — I went in reverse,” she says. “I found a way to live within my disability and maximize the abilities I do still have.” Although her stroke landed her a heavy blow, Jenny hasn’t allowed it to knock her out completely.