Cured of a Rare Disease

Cured of a Rare Disease

Kelly Tabor has had a challenging journey since being diagnosed with a rare disease of the lymph system when she was 21 years old.
By Mary Ellen Bianco 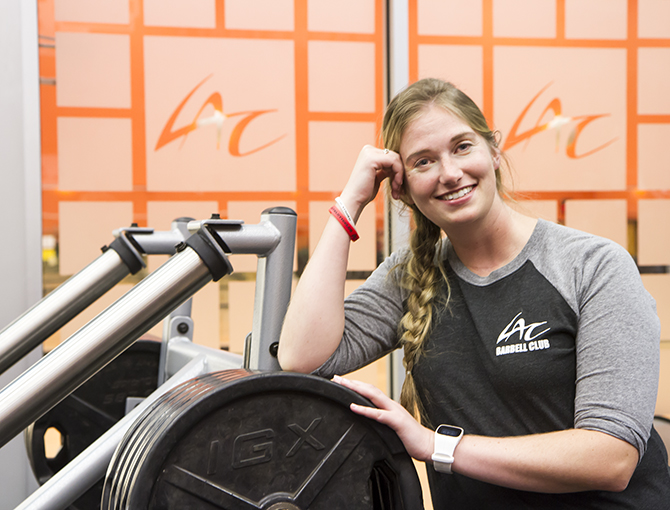 In March 2011, Kelly Tabor was a student at the University of Louisville and was working part time. She had been feeling like she was getting a sore throat, and during a well-woman checkup at Advocates for Women’s Health, Dr. Leigh S. Walsh noticed a lump in the lymph nodes on the left side of Kelly’s neck.

Dr. Walsh immediately ordered blood work and a sonogram. “When the nurse practitioner did the ultrasound, she said something was there that didn’t look right and she went to get the doctor,” Kelly says. “The radiologist looked at the screen and said that it was some type of tumor.” He ordered a CT right away. Kelly was told that she would be contacted with the results and she left the office.

When she got to her car Kelly called her mom. “She started freaking out and crying,” Kelly says. “I didn’t know what was going on. I started crying, sitting alone in the hospital parking lot.” Her parents, Katie and Bob Tabor, had relocated to the Chicago area when Kelly graduated from high school.

The following week, Kelly received confirmation of the tumor. She was referred to Dr. Keith D. Forwith, an ear, nose, and throat (ENT) physician. “At my appointment a few days later, I learned that the tumor was pushing up and obstructing my airway,” Kelly says. “That’s why I felt like I had a sore throat.”

A needle biopsy was scheduled to draw out some tissue. It took a week to get the results, which were inconclusive. “I finally told my three best friends — I just had to get it out, even though I didn’t have an answer,” Kelly says. “At that point, Dr. Forwith scheduled surgery to remove the tumor.”

Outpatient surgery was done on May 10, 2011, at Baptist Hospital East. Dr. Forwith came into the room as Kelly was being prepped and asked everyone gathered there to pray with him. “Afterward Dr. Forwith told my parents that he was pleased it came out in one piece so that he didn’t have to cut into my chest,” Kelly says. A horizontal incision was made above the indentation at the base of her throat, called the suprasternal notch.

Parts of the tumor were sent for analysis to six labs around the country. In June, a lab in Arizona confirmed that it was Unicentric Castleman’s Disease, which according to the National Organization for Rare Disorders, is characterized by non-cancerous (benign) growths (tumors) that may develop in the lymph node tissue throughout the body.

“Only eight people in the world were diagnosed with it in 2010,” Kelly says. “When you’re that young, you really don’t think that something bad will happen to you.

“My mom wanted to find the best physicians who treated Castleman’s Disease, and she got me into the Mayo Clinic in Rochester, Minnesota,” Kelly says. From June 22-29, Kelly had extensive testing done. The final diagnosis was UCD, which affected only a single group of lymph nodes. The removal of the single tumor cured Kelly of the rare disease.

Since contracting the chickenpox as a child, Kelly has dealt with chronic shingles caused by the varicella-zoster virus. Although there was no connection between the shingles and Castleman’s disease, the doctors thought that it may have been fueled by the virus and Kelly’s stress level at school. To reduce stress, Kelly took a semester off from engineering school and changed majors in 2012. She supported herself and worked at several part-time jobs each day. She then stopped attending college and worked full-time. In 2015 Kelly began attending night classes at Spalding University through the Adult Accelerated Program and graduated with honors in June. Now, 26, she is an assistant general manager at the Louisville Athletic Club.

Since the surgery, Kelly has been closely monitored by Dr. Michael Kommer with Consulting in Blood Disorders and Cancer (CBC Group) at Baptist Health. This year she’ll have blood work done but no longer needs CT scans.

When reflecting on her experience, Kelly pauses to think about a close family friend who has been battling cancer for years. “I see what he’s been going through,” she says. “It really was the best possible scenario for me since it was over in a few months.”