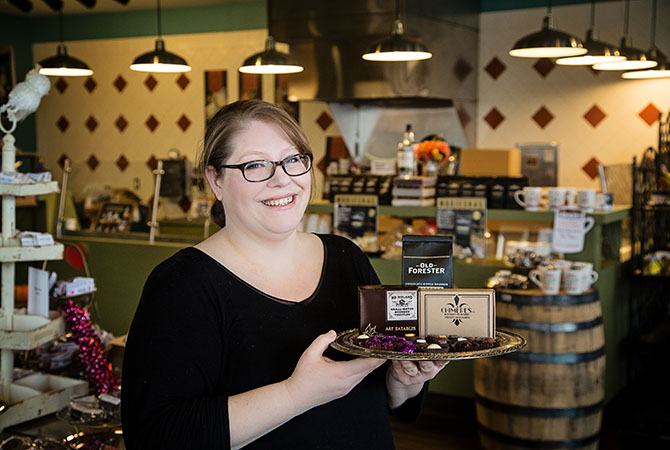 Kelly Ramsey pairs the complex notes of bourbons with the finest chocolates in her Art Eatables stores.

Kelly Ramsey is giving us a sweet and chocolatey introduction into the world of bourbon.

Unlike most chocolatiers, bourbon is Kelly Ramsey’s passion. Chocolate is merely the avenue.

Ten years ago, Kelly found her gift of infusing the two brown beauties together when a friend of hers that worked for a local distillery gifted her a high end bottle. Growing up, Kelly and her mother used to make chocolates, so she wanted to play around with infusing quality bourbon in chocolate truffles. “Everyone does bourbon balls in Kentucky, and I wanted to do something different, so I started experimenting with pairing bourbons with different varieties of chocolate. I took my truffles to a cookout with my friend in the bourbon industry, and the people at the party were able to name the bourbon I had used. I knew then that I was on to something.”

At the time, Kelly was a new mother and working in finance, but soon found herself obsessed with bourbon. “I became consumed with the nuances. I was such a huge fan that I wanted to know everything there was to know about bourbon and I wanted everyone to love it. I could not let it go – it was my calling. So I quit my job.”

Kelly’s passion for bourbon is what propelled the concept of her company Art Eatables into action and earned her the honor of the world’s first Bourbon Certified Chocolatier.

“I knew that chocolate would be a great way to get reluctant people to fall in love with bourbon. Most people won’t turn down a chocolate, but they will [turn down] a shot. My chocolates are the gateway to bourbon.” 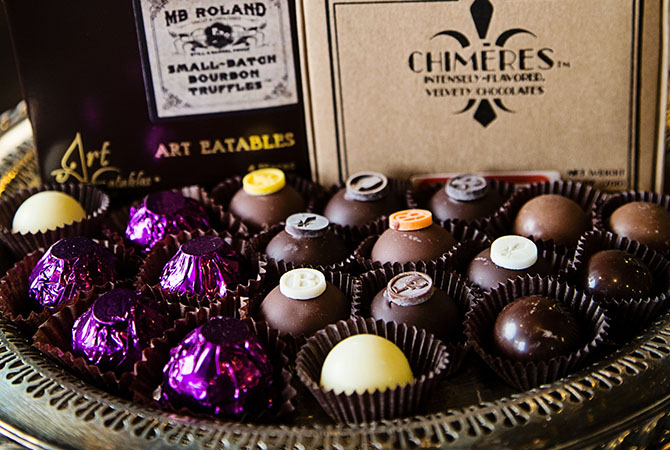 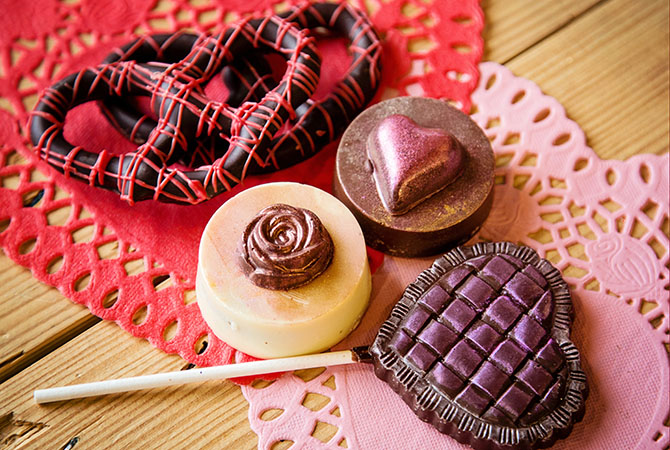 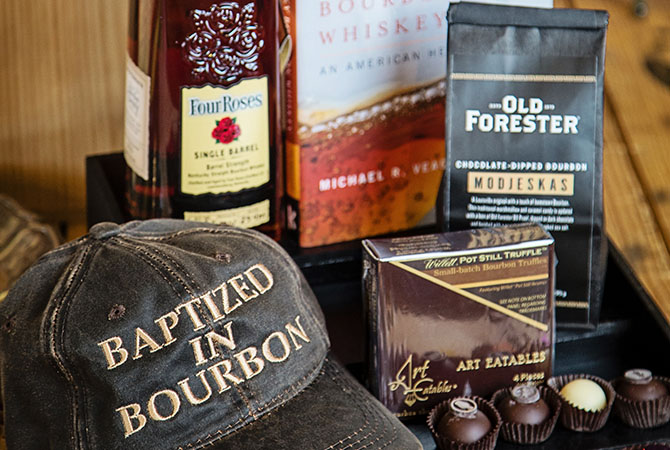 For the past 10 years, Kelly’s company Art Eatables has worked to pair the complex notes of Kentucky bourbons with the world’s best chocolate in an effort to make bourbon connoisseurs out of the most timid palates. Her company, which has expanded to three local stores, has helped to inspire bourbon fans all over the world. In preparation, Kelly went through the Bourbon Steward Program from Moonshine University, learned the science of distillery, and became one of Kentucky’s first executive bourbon stewards. Bourbon companies now hire her to develop bourbon-chocolate pairings at events, and her chocolates feature the bourbons of 22 different distilleries.

“Bourbon is as good as a complex wine,” Kelly says. She explains that the taste, smell, texture, and mouth-feel are very similar to chocolates, but when you pair a bourbon with a chocolate, it changes the texture and flavor of each. It becomes a whole new experience.

“I get the profile of the bourbon and infuse it into complimentary chocolates – chocolates from the U.S. tend to be sweeter, chocolates from South America tend to be fruitier, and chocolates from Europe are smoother. For instance, Angel’s Envy has citrus notes, so I pair it with orange shemar, which has a velvety texture that melts in your mouth.”

This magical infusion has done its job of creating more bourbon enthusiasts throughout the world, and has worked to solidify Kelly’s legacy in the bourbon industry. This Valentine’s Day, if you are looking for the quintessential marriage between sweet and sultry, maybe Art Eatables can be your gateway into the land of bourbon. (Or for those of us that are already bamboozled for bourbon, what better treat to have with your nightcap?)