10 Ways to Lift Your Spirits

10 Ways to Lift Your Spirits 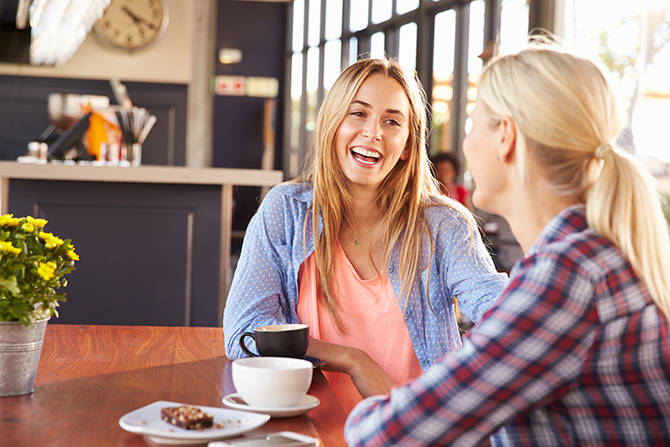 Everybody’s got issues, but it’s how you process them that can make all the difference. While some of us are known Pollyannas, others fall more in line with the Negative Nancy crew. No matter where you identify in the positive-to-negative spectrum, it’s good to have a game plan to deal with whatever life hands you, whether it’s a shocking cancer diagnosis, a surprise divorce, a child with a life-altering disability, or a mom struggling with a drug addiction.

Meet five inspiring women who identify with the above-mentioned situations. Their lives are different yet difficult in similar ways. But a commonality exists among them — they share an attitude to envy and a commitment to stay positive.

None of them — well, except Dee — is always positive. It’s something they work on, a state they pursue. Here are ideas that help them look on the bright side.

Who Are Our Positive Thinkers? Their lives are challenging, yet these women readily wear smiles.

Shelly King, caregiver for daughter with spina bifida and art instructor.
Shelly has watched Ryan, her 6-year-old daughter with spina bifida, undergo 29 surgeries in her short life, including brain, bowel reconstruction, and spinal surgeries. Shelly is also mom to Riley, 12, and Jude, 5. Shelly and her kids spend a lot of time in the hospital. She is legally certified by the state to be Ryan’s caregiver.

Stacey Evans, single mom pursuing a degree in nursing.
Stacey is a stay-at-home mom who taught fitness classes to earn extra money. When her husband asked for a divorce, she became a full-time fitness instructor. When the primary gym where she worked closed its doors last December, Stacey decided to apply for nursing school.

Dr. Kerri Remmel, M.D.,Ph.D., leads the neurology practice at University of Louisville Physicians.
Dr. Remmel was diagnosed with a rare form of cancer less than 18 months ago. She’s currently in remission.

Dee Bullock, senior citizen who is in remission from bladder cancer.
Dee’s health has been a struggle for more than 20 years. From a rare open-heart surgery to a recent battle with cancer, Dee won’t let herself dwell on the negative. For the last 18 months, Dee has undergone surgeries, radiation, and chemo­therapy. She and her husband, who are both in their 80s, live in Prospect, Kentucky.

Sarah McClanahan, recent college graduate looking for a teaching job.
Sarah moved to the Louisville area looking for better opportunities. Growing up with a single mom who was abusing drugs, Sarah witnessed the effects of addiction. While putting herself through school, Sarah worked two jobs to pay her mom’s bills, and bought herself and her mom a car. Her mom has been clean for three years.

1. Build a social network
Each woman gushed about their network of friends, family, and co-workers. Dr. Kerri Remmel approaches it from a scientific stand­point. After reading a study about successful 90-year-olds, she noted a trait her own successful 90-year-old mother embodies­ — being well is linked to staying active in the community and engaging with others.

“When you’re young, make sure you have that network. If you isolate yourself early, it will be the mode for later on,” says Dr. Remmel.

Dee Bullock’s network has been in place for 35 years. When she and her family moved here from New Jersey, they found them­selves in an Oldham County neighborhood filled with new Louisvillians. “We became family,” says Dee. “We have a breakfast group every Sunday morning, and on Fridays, about 17 of us go to dinner.”

2. Train your mind to focus on the positive
“I’m a firm believer in ‘your thoughts become your reality,”’ says Shelly. “If I’m down, I’ll get on Pinterest and look at positive quotes.” Shelly finds strength from quotes by Gandhi, William Allen White, Mister Rogers, and Joan of Arc.

3. Dedicate time for yourself
Dr. Remmel and Shelly talk about the power of time alone. Dr. Remmel enjoys a cup of cof­fee and 10 minutes of solitude before her day begins. Shelly finds time after her workout to sit in the sauna and meditate.

4. Exercise (shocker)
Sarah McClanahan loves yoga and Pilates to keep her balanced. Shelly King lifts weights and does cardio to combat anxiety. It’s about finding what movement works for you. “Exercise is a mental break,” says Stacey Evans, who teaches Booty Barre classes and enjoys lifting weights. “I’m only focusing on my body. I put on my headphones and tune out.”

5. Help others
“Do good for other people,” says Shelly, who has participated in toy drives for Kosair Children’s Hospital and helped raise money for Blankets for Babies. “It’s about seeing good come out of the community.”

7. Indulge a little
“I really love my Starbucks and McDonald’s Cokes,” says Sarah, who readily factors these sinful treats into her daily caloric intake. I allow those guilty pleasures.”

6. Don’t waste a day
Sarah makes the most of every 24 hours she has on this earth. I try to do something productive every single day,” she says. Whether it’s cleaning the house, doing laundry, or calculating next month’s budget, Sarah doesn’t let a day off be spent on the couch.

8. Sleep
“When I don’t sleep, that’s when I get the most stressed,” says Stacey, who seeks her own pillow soon after she puts her sons to bed. Her nightly goal is 8 hours of sleep.

9. Distractions help
“I think about something that I’m going to be doing or some place I’m going,” says Dee. I don’t think about (the neg­ative).” Shelly admits she escapes her reality with a little Minecraft game time with her kids.

10. Know thyself
Most of the women have a natural ten­dency toward positive thinking. “She just glides along,” says Pete Bullock, Dee’s husband of 63 years. “It’s proba­bly why I’m not 6 feet under,” adds Dee.

While Dr. Remmel also identifies as a positive person, she realizes that’s not everyone’s instinct. “A lot of people actually see the negative first,” she says. “People need to understand they can work on it. Say ‘I don’t want to be neg­ative.” She suggests reframing negative thoughts in a positive way. “If a person truly wants to change, they can. If you want to be a positive thinker, go about things differently.”

What is one thing you do to boost your mood?