Why It is Important to Distinguish Yourself With Style

Why It is Important to Distinguish Yourself With Style

Rachel Dickey grew up wearing leotards and uniforms. As a ballet dancer, she spent her evenings at a dance studio, hair pinned into a bun, and during the day, her school enforced a strict dress code. Not much room for a young girl to delve into her personal fashion style.

Then, Rachel was off to the university. Like many, she used the college experience to explore her fashion sense, but nothing really settled in. After college, her aunt, Karen Caldwell, a district judge, influenced her style. “My mom was a tomboy,” Rachel says. “My Aunt Karen said, ‘You’re a professional woman. You have to look put together.'” Even trying different looks and following the advice from her aunt, Rachel’s style wasn’t truly her own until her late 20s. There she found her vibe, self-described as a little edgy.

While most of us dress for one job, Rachel has the unique challenge of dressing for multiple careers. Not only does she practice law at Weber Rose, she’s the president of her own consulting business, Rachel Dickey, LLC; the co-founder of Herelancer, a website that connects Louisville-based freelancers; and Launch Your Arrow, a workshop series focused on female entrepreneurs. “I live in so many professional arenas. One day, I’m in a boardroom full of creatives; another day, a boardroom full of executives,” Rachel says. “Style is the consistency between all those.”

Rachel’s style goals are to stand out, in an appropriate way. “There’s a personal brand you have — the way people see you. You don’t want to change in each room,” Rachel says. “That commonality in each role shows your personality regardless of setting.”

Part of Rachel’s brand is a message delivered with ink on her forearm. It’s a large tattoo that symbolizes a famous quote by Carl Sagan: “The cosmos is within us. We are made of star-stuff. We are a way for the universe to know itself.” The Sagan quote feeds Rachel’s spirit. “Your brother, your sister, the flowers, trees. We’re all the same,” Rachel says. “I try to remember constantly that we’re all from different backgrounds, but at the core we’re the same. We deserve respect and to be included. There are things so much bigger than me or you and things that connect all of us.”

Rachel proudly displays her tattoo, but she also is mature enough to know when it’s better to throw a blazer on. “Most of the time I don’t worry about covering it up, but it doesn’t mean I wouldn’t, under certain circumstances, put on a suit jacket,” Rachel says. “Just because you can get away with something doesn’t mean you should do it.” 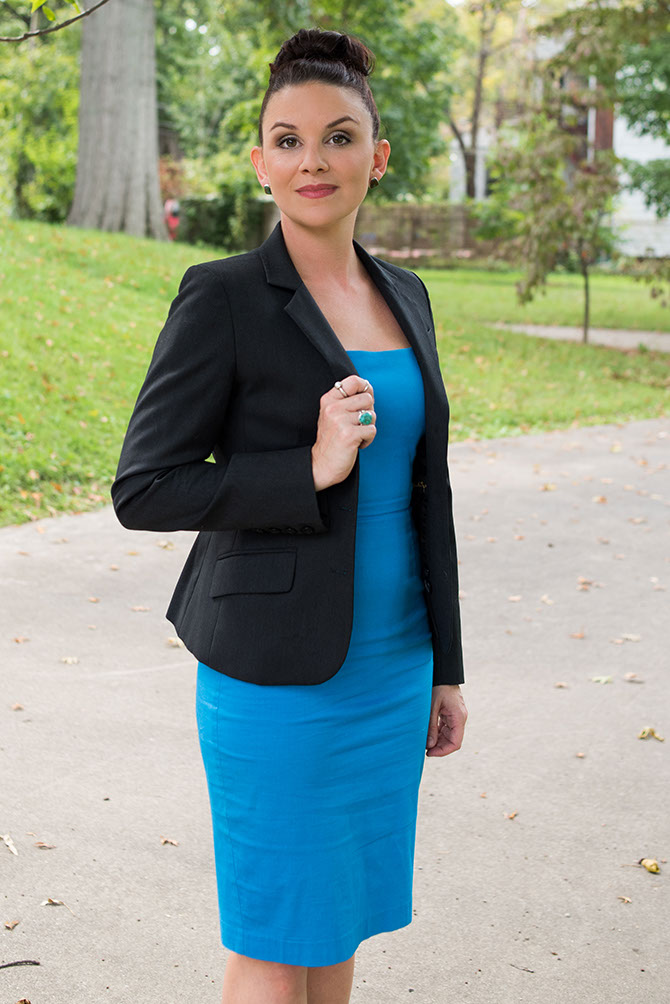 So, while we’re all the same, it doesn’t mean we have to look the same. How does Rachel’s style stand out?

Rachel has a new rule for herself, and it boils down to simplifying her wardrobe. She’s allowed to purchase one awesome thing, but she has to get rid of three other things taking up space in her closet. “I’m really trying to reduce the amount of clothes I have to the things I really love that are high-end, good quality,” Rachel says. “I’m consolidating my wardrobe to the things that are true to me. If I know something is coming up, like the Gilt Pop-Up Store, I’ll make a mental list of what I need.”

Rachel has a couple reasons for her new rule. For one, she and her fiancé purposely purchased a small home, which makes Rachel’s rule even more real. “We’re forced to make choices about the things we have,” Rachel says. Secondly, she recently read a book about organization and ADD. The book says that you shouldn’t have so many clothes that you have to switch them out of your closet every season.
“I’m trying to learn from mistakes I’ve made in purchasing in the past,” Rachel says. “Instead of three pairs of black high heels, I only have one. If I’m smarter in the choices I make, I can have fewer, more versatile items.” Her current favorite is a blue Ava and Aiden fitted dress. “I can put on a blazer and wear it to work or wear it to a cocktail hour.” She also loves her big black and white Brochu Walker sweater. “You’ve got to be a fan of layers in Kentucky,” Rachel says.

She’s adhering to the advice of her financial advisor who warns about buying things just because they’re on sale. “Just because something’s cheap doesn’t mean you should buy it,” says Rachel, who likes to shop while traveling, but also has a few local favorites including the 6PM Outlet Store, Dot Fox, Revelry Boutique Gallery, Zappos, Mabel and Moss, and Banana Republic for pants.

When it comes to hair and makeup, Rachel goes for the natural look that’s low maintenance. “I want my hair to look as good as possible with as little effort as possible,” she says. In the mornings, she puts a little product in her hair and blows it dry while it’s twisted up to get some curl. She’s also a fan of Velcro rollers. 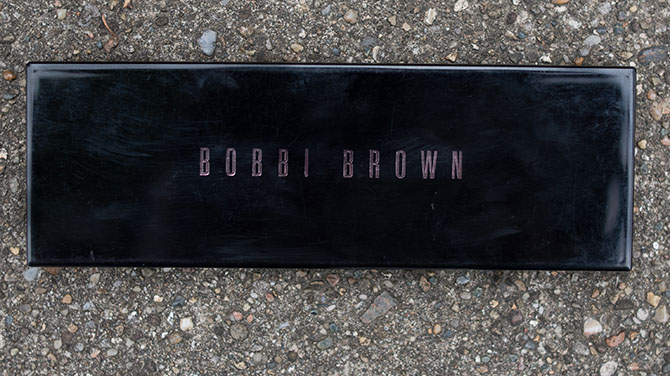 Her makeup is a neutral palette. She loves Marcelle CC bronzer cream with a light dusting of powder to finish. She uses a Bobbi Brown compact with shades of brown and cream for her eyes. “I was taught the best makeup looks like you,” says Rachel of her affinity for nude, natural colors. Although her makeup and hair may seem like no fuss, her style is definitely well thought out. She still remembers the words of her grandfather who said one should always overdress.

“Put me in any room with any type of crowd, and I can make it work,” Rachel says. “As I’ve gotten older, I can distinguish myself and be a little bit different.”

What separates your style from others? How do you stand out in a crowd?