Why I Give: Able to Kick Down Barriers With a Conversation

Why I Give: Able to Kick Down Barriers With a Conversation 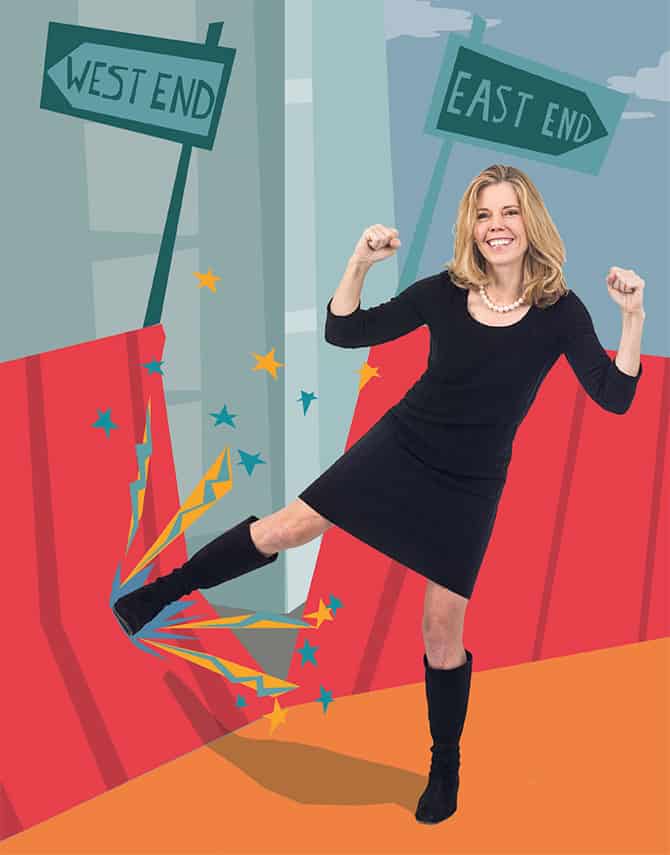 On the last Sunday in September, Paula Schoenhoff and many of her family members were breaking bread in Iroquois Park with more than 1,000 Louisvillians — immigrants, African-Americans, Hispanics, whites, Asians, etc., at a giant potluck to connect the community called “The Big Table.“

“We encouraged people to sit with people they didn’t know,” says Paula, 54, who wants to make the world a better place for everyone through experiential education. So she helped organize and fund this first-time event. “Our goal was to have all the diversity of Louisville be represented, and I think we hit that.”

“It was so wonderful,” Paula says about the event, whose sponsors included the Global Human Project and We Are Louisville, as well as the the Paula Schoenhoff Family Foundation, which she set up through the Community Foundation of Louisville in 2016. “America is so divided right now. How can we talk to each other again? So we created a safe place for people to talk and reconnect with each other. “You can learn more by sitting across the table from someone. We all love food, we all have families we love, we all have stories. We aren’t that different, but we don’t necessarily know that right now.”

As vice president of fixed income capital markets for Raymond James and Associates, Paula handles the investment portfolios of nonprofits. “The better I do for my clients, the more money they have to give to causes,” she says.

Her own childhood experience helped her realize the importance of helping. “We were five girls in parochial school. Money was tight. We benefited from other people being involved.” Through the Cabbage Patch Settlement House, Paula and her sisters were able to go to camp. “All of my sisters are successful women who do amazing things. I’m in a position to address others’ needs now. How could I not? My sisters and I are success stories. The resources that were put into helping us thrive, worked. We are all contributing and giving back to society.

“But I don’t just give money, I give time. It’s not just, ‘Here’s a check.’ I put in the blood, sweat, and tears. That’s how you change the world. Each of us has the responsibility to do what we can for the community and humanity.”