What this Medical Student (and Miss Kentucky) is Reading, Watching, Listening to…

What this Medical Student (and Miss Kentucky) is Reading, Watching, Listening to… 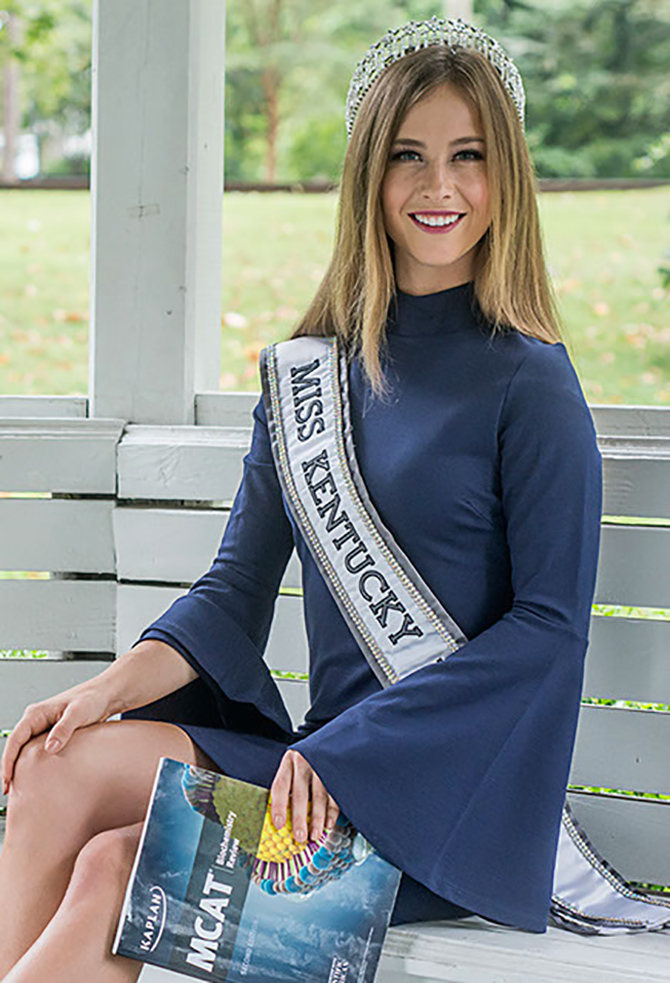 Madelynne Myers, 22, wears the tiara with pride as she makes her way through the small towns of the state, but don’t underestimate this Miss Kentucky USA. Where the runway ends, a future in medicine and public service begins. In May, Madelynne graduated from Vanderbilt University with a degree in molecular and cellular biology and minors in chemistry and Spanish. Once her year as Miss Kentucky is complete, she plans to begin medical school and pursue a career in pediatric trauma surgery.

Madelynne was not born into pageantry. Instead of Toddlers and Tiaras, makeup and meltdowns, she
was more interested in books and sports. “In high school, I spent more time in the library than in public,” she says.

But one day during Madelynne’s lunch break at Sacred Heart Academy, Amanda Murtz (Miss Kentucky USA 2012) came to speak about the Miss USA program. “I had just donated my hair to Locks of Love and even my best friend said, ‘Maddie, don’t even consider it, you’d be awful,’ because she was trying to save me from falling down the stairs. But I was so inspired. I saw that these women were role models and leaders; they founded their own charities and had a platform to speak about issues that mattered to them.”

That January, Madelynne entered the competition despite having no background in pageantry. After two attempts, she was crowned Miss Kentucky USA 2017, all the while completing her rigorous degree. Now, she is using the platform to speak to young girls across the state about women in STEM (Science, Technology, Engineering, and Mathematics) and gender equality. “I felt like I always had to prove myself more than men. Whenever I was working at a hospital someone would ask me how becoming a doctor would affect my future family — you would never ask a man that question. People think women can be one thing or the other — beautiful or intelligent — but we can be everything. That is what I am most passionate about.”

At first, Madelynne thought pageantry was just about being pretty and was surprised to learn that most of the contestants held high-level degrees. One woman was a lawyer; another winning contestant was a nuclear physicist. There were several nurses, and all of the contestants were interested in community service and philanthropy.

Through this experience, Madelynne has learned to not only walk down a runway in heels, but has learned to answer difficult philosophical and political questions without alienating her audience. Above all, she has developed a newfound appreciation for her home state. Her intense Miss Kentucky schedule has threaded her through the small towns of Kentucky, throwing out first pitches, speaking at libraries and shelters, and consequently, immersing this future doctor in the rich cultures of the state. For her reward, she did not receive a scholarship or money. Instead, when asked what she gained through this grueling process, she said without hesitation, “The opportunity to serve my state.” 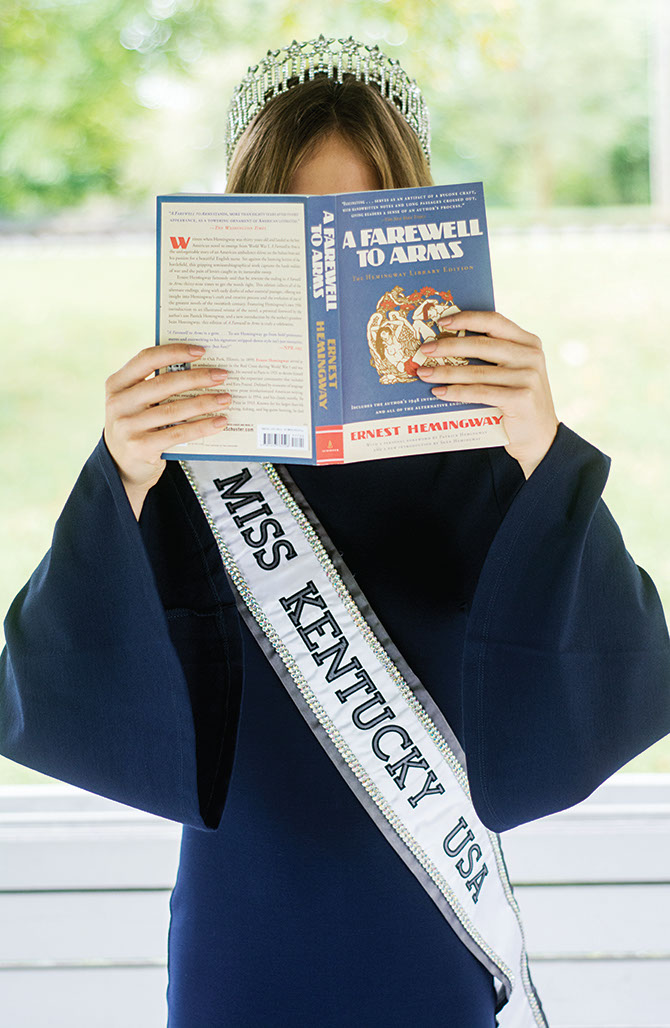 What is Miss Kentucky Reading, Watching, and Listening to?

Reading
Madelynne is studying for med school, so she primarily reads MCAT books these days, although she is trying to squeeze in some of the classics she didn’t get to read in college with her heavy load of science courses. Three on her list are:

Watching
Turns out even Miss Kentucky has been bitten by the Game of Thrones bug.
Since she is playing the part of princess this year, she’s also brushed up on her Disney movies. “All the little girls ask me questions about my favorite princesses, so I have to be up on my Disney movies. I actually just finished Lilo and Stitch!”

Listening to
When she is not listening to audiobooks on the road, Madelynne has a soft spot for heartfelt country songs. She loves:
Sam Hunt’s Take Your Time
Dierks Bentley