What the Horse Trainer is Reading, Watching, and Listening to

What the Horse Trainer is Reading, Watching, and Listening to 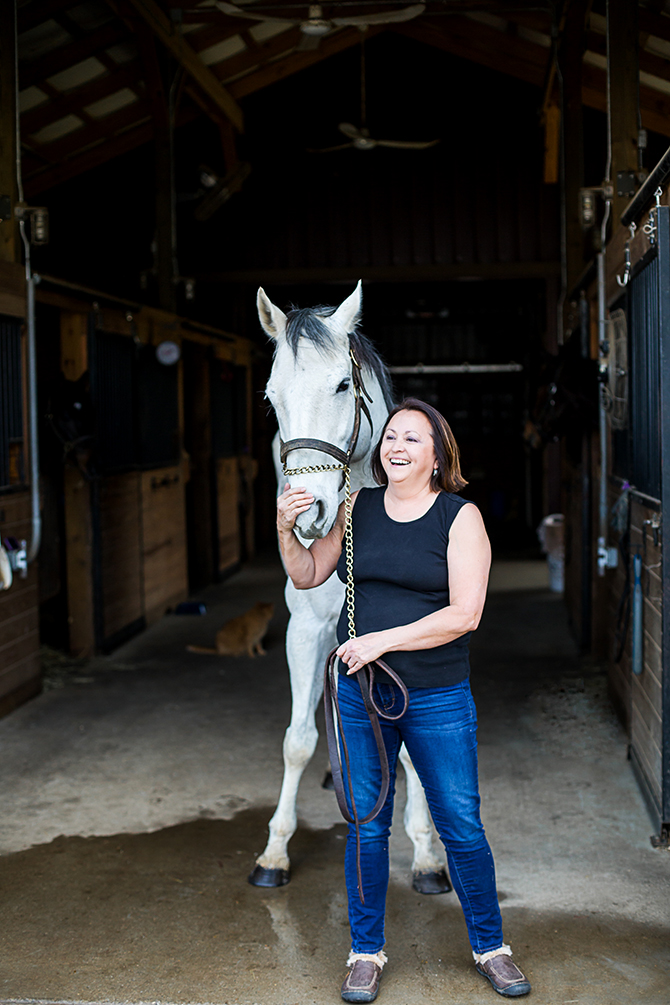 Years ago on the North Dakota Chippewa tribe’s reservation, Turtle Mountain, there lived a family of four little girls and a pasture of broken-down thoroughbreds. Each day, the girls would exercise these horses the rest of the race industry no longer deemed valuable. The girls’ father, Sylvester Alex Poitra, may have quietly wished for boys, but taught each daughter to ride before they could properly walk. And that is how he made a living out of these discarded, maned athletes — and how Reta Underwood was introduced to the world of horse racing.

“Dad’s horses were always ready to race. Essentially, they were being double- trained — we’d ride them all day in the back field, then he’d train them. He rarely paid for the horses he rehabbed — most of them he saved from being euthanized — and he made a family business out of it. That’s how I learned about horses,” says Reta Underwood, entrepreneur and Kentucky horse trainer, of her introduction to the horse industry.

Reta’s narrative sounds like the making of a best-selling memoir. As a young woman, she had a decision to make: go to school, ride professionally, or work in the field of horse-training like her father. He, ironically, helped steer her away from the life of a trainer and into the path of higher education. Reta became an expert in the field of post-acute nursing assessment and founded a consulting company, Consultants for Long Term Care Inc., that kept the lights on (and horses in the barn). But her passion for horses would not wane.

“I had a few horses in training, and I noticed they weren’t performing the way I thought they could. I thought, I can do a better job than this, so I brushed up on my skills from childhood, drove to Ellis Park and stood in line with three men to take the training exam. I was the only one [albeit a middle-aged woman in a male-dominated industry] that passed that day, and I even corrected two wrong answers from the test,” Reta recalls with a laugh.

Since passing her horse training exam a decade ago, Reta has won a race at every Kentucky racetrack except Keeneland (where her horse came in second on a turf race). And, akin to her father’s philosophy, she’s never spent over $5,000 on a race horse. Her highest winner thus far was Godolphin Grey, a horse she purchased for $1,500 and has yielded more than $140,000 in stakes earnings.
Reta, grandmother and resident of L’Esprit in Oldham County, continues to run her consulting company with her husband in order to finance her horse training enterprise. What separates Reta from many other local trainers is she trains all of her own horses and gives them one-on-one attention. 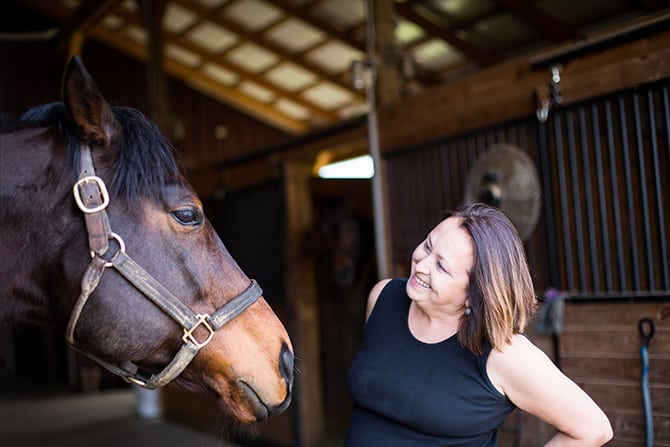 “I own and train for myself; I don’t solicit. All my horses are still with me — I never enter claiming races. I know where every horse I’ve ever touched is, and I know these athletes inside and out: I’m inside their heads, mouths, and hooves every day. I know them better than most people know their own children. It’s just what I do.” 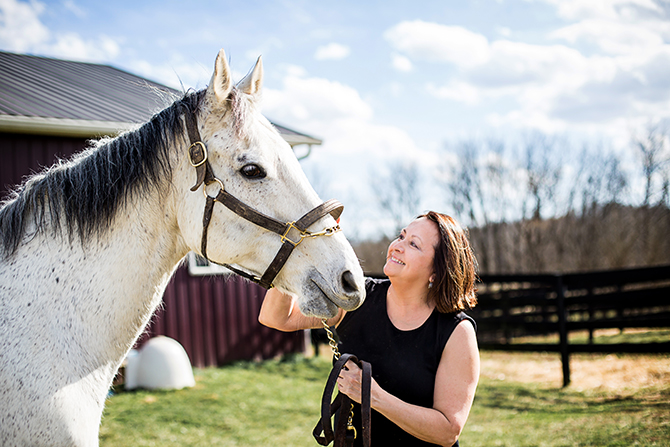 When she’s not in the stables, just what is this entrepreneurial, equine-enthusiast reading, watching and listening to?