What Inspires this Master of the Mic?

What Inspires this Master of the Mic? 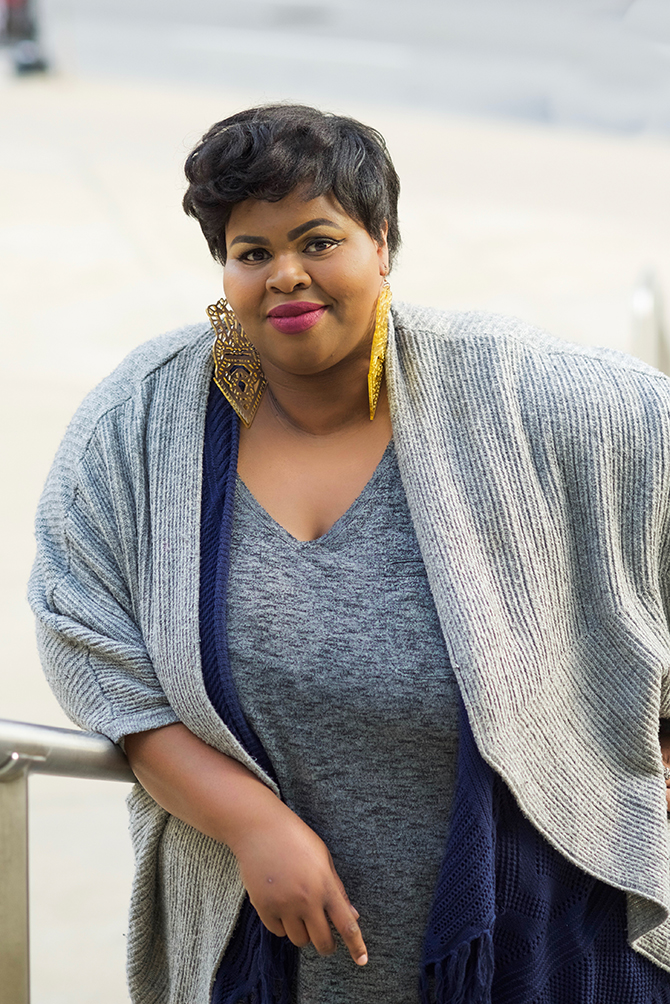 “I’m already African American, how much black do I need to look slim?…I know I’m no Disney princess but Queen Ursula, royalty. A self-made boss; a threat to you weak-minded mermaids who are too afraid of my tidal wave…So when they call you ‘Fat Girl,’ you say ‘And?’”

On stage, Rheonna Thornton, 31, is a lyrical beast — a larger-than-life volcano erupting with hot molten magma in verse, recorded from a tiny smartphone kept in her purse. She is poet, hear her roar.

Off stage, she lives quietly with her husband in the West End of Louisville and works at Humana, dreaming of her next performance.

“It’s my life!” Rheonna proclaims while explaining her road to stardom as a slam poet. In a little over a year, she has gone from a spectator of spoken word to a top-ranked spoken-word female poet and organizer of the Lipstick Wars Poetry Slam at the Kentucky Center.

“The thing I noticed was a lack of female presence in the spoken word scene, so I wanted to give women a safe place to have an opinion. I started out at smaller venues, but the numbers were too great, so I pitched it to the Kentucky Center — and who would’ve known — they agreed to do it!” The most recent event was held October 22.

Rheonna says the feeling of performing, of expressing yourself and spewing the pent-up rage inside is an amazing high, and the feeling of inspiring other women to overcome their stagefright and find their voice is just as rewarding. “I’d like nothing more than to do this full time. I was so fortunate to walk into this world.”

Rheonna’s poems, usually drafted at 4am when no one can interrupt her, concern primarily the themes of body-shaming, her culture, and love. They are filled with anger and take on an aggressive tone — “My poems have teeth,” she says — but are, above all, motivational. “I’m a big girl and I write for those girls that don’t have a voice, that may be suicidal like the young girls I worked with at Maryhurst years ago. I like to speak up for my girls.”

So what inspires this master of the mic?

What She’s Reading:
Rheonna loves poetry. She is inspired by:

What She’s Listening To: