We See You, Sis: Nannette Dix

We See You, Sis: Nannette Dix 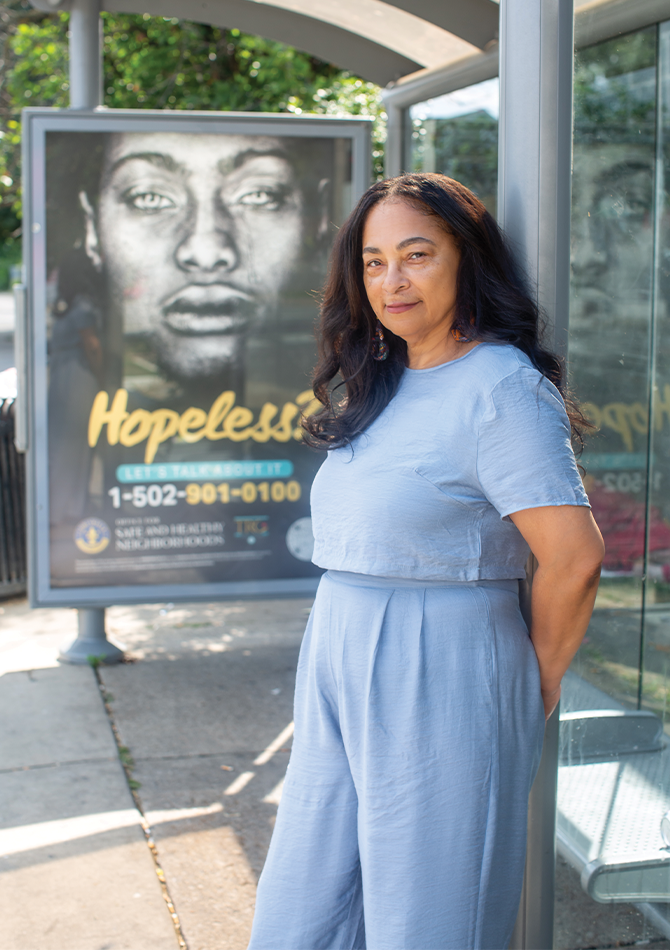 Nannette Dix jokes that she’s a bootleg therapist. But her responsibilities as the program manager of Louisville Metro Office of Safe and Healthy Neighborhoods’ Trauma Resilient Community (TRC) Initiative are serious — and her work changes the lives of Louisvillians in need every day.

Officially, the TRC Initiative was created to promote resilience and equity for Louisville’s youth and families who are disproportionately affected by trauma, race-based trauma, systemic inequities, violence, and civil unrest. But if you ask Nannette what her job is, she’ll say, “[It’s] to help people find their ‘aha’ moments.” She adds that she had her own moment during graduate school, suffering from a panic attack as she began telling her class the story of six-year-old Nannette.

“My father was an alcoholic, and he would beat up on my mom,” she explains. “When I was six years old, he tried to kill her.” Nannette recalls the moment she started to tell her class about that harrowing time in her life. “I was back on 38th street in that duplex, and I could feel panic running through my body,” she says.

“Mental health is a big thing right now. I want people to know that we are hearing their cries and there’s no shame in needing help.”

Nannette believes it was by God’s grace that she had just learned about trauma-informed care and Adverse Child Experiences (ACEs). She says God was telling her that she had work to do — not just for others, but for herself, too.

Today, Nannette uses her background in grief counseling to help people who are working through trauma or have mental health disorders. The best part of the job, she says, is seeing people change.

“Mental health is a big thing right now,” she says. “I want people to know that we are hearing their cries and there’s no shame in needing help.” Nannette urges anyone who might need assistance to call 502-901-0100 or visit https://trchub.itfrontdesk.com.

“A lot of us are born with generational curses that hold us down,” she says. “To get that off of you is cleansing. … Think of it as self-care. Come on in, get what you need, and move on. … We’re here for you, and the door is always open.”