We See You, Sis: Erika Ganong

We See You, Sis: Erika Ganong 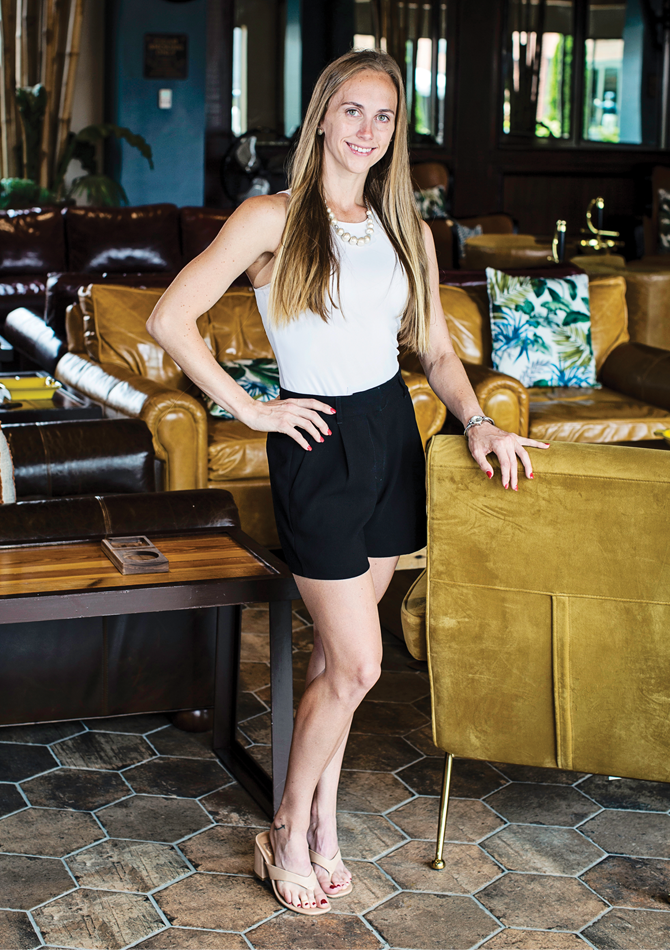 Erika Ganong, Vice President of the National Parkinson’s Institute, says being diagnosed with essential tremor disorder made her aware of the importance of having a strong support system.

Erika Ganong was just 13 years old when she was diagnosed with essential tremor disorder and cervical dystonia, two conditions that have made her passionate about helping individuals with Parkinson’s disease and other neurological conditions. With NPI’s President Eric Richardson, the two created the National Parkinson’s Institute (NPI) in 2020, a local nonprofit with lofty goals. “Our mission is to support the fight against Parkinson’s by improving quality of life through exercise, education, and awareness,” she says.

Erika takes exercise very seriously because it is proven to reduce the symptoms of Parkinson’s and other neurological disorders that impact the muscular system. Four days a week, she and Eric teach Rock Steady Boxing, an intense non-contact exercise program that was designed specifically for Parkinson’s patients. When she isn’t coaching classes, she is planning events for NPI such as the Red Tulip Gala which was held in June to build a headquarters and state of the art facility or looking ahead to a planned symposium that will bring together researchers and patients.

Having grown up with essential tremor disorder before support groups were as easy to find on social media, Erika knows how critical they are to helping someone deal with a diagnosis and have the emotional support to handle physical challenges. “My diagnosis was not widely known back then. My very first instinct was to learn everything I could. As soon as I was old enough, I wanted to start my own support group,” she says. “I distinctly remember how many people circled around me to give their name and number. I can remember getting a whole list of names. It was a little sad, but now it’s so great seeing how far I’ve come.”

Erika’s goal through NPI is to ramp up the support group offerings to people. “I want to be the one to lead the support division. I want to have support programs going with multiple leaders with multiple groups. An all-female group, an all-male group, a caregivers group, a children’s group,” she says. There is always a need for support because these movement disorders are progressive and will often worsen over time.