We See You, Sis: Deanna Hornbback

We See You, Sis: Deanna Hornbback 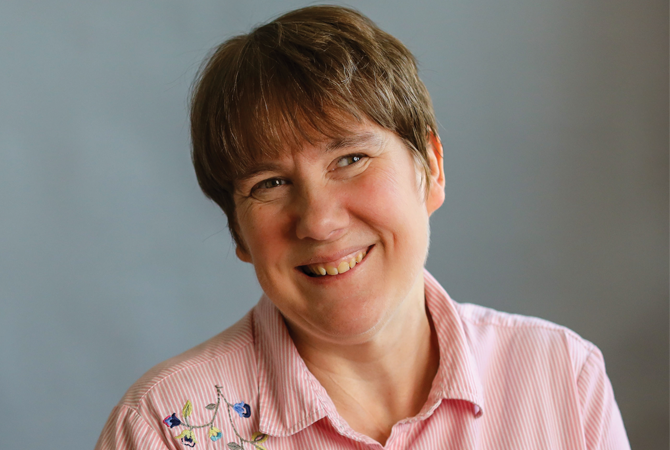 SPONSORED BY Lean Into Louisville

Deanna Hornback is changing the world for the better — one diaper change at a time. The founder of St. Bernadette Diaper Bank, Deanna is committed to relieving the burden of diaper need in the Louisville area. As a mom, Deanna knows firsthand the importance of regular diaper changes for babies and toddlers, so she launched Kentucky’s first and only diaper bank. “We started with two packs of diapers and a gift card,” she says. After their modest birth, Deanna quickly understood the positive impact a package of Pampers provides for the families who need them.

For working parents, disposable diapers are must-haves for attending daycare facilities. “Without that supply,” Deanna begins, “parents and caregivers can’t work.” Then there are the health benefits regular changes offer like keeping away diaper rash and preventing urinary tract infections both of which can lead to emergency room visits. Deanna also says strong emotional bonds are built as a result of diaper changes — eye contact and focused time together bolsters the parent/child connection. 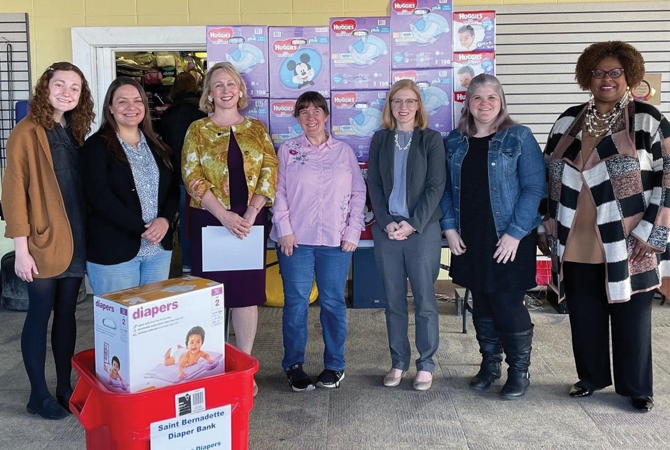 The St. Bernadette Diaper Bank distributes about 137,000 diapers a year to 15 different agencies, but Deanna says they’re only scratching the surface. Currently, the Louisville area has more than 6,000 babies that meet the need for diapers, but the bank is only able to provide one percent of this ask. (The National Diaper Bank estimates 3 million diapers are wanted.) Inspired to do more, Deanna’s goal is to be there for all agencies that call for help and increase their warehouse space. “Increasing our space is a crucial piece to expand the way we want,” she says.

Joi McAtee, project manager of Lean Into Louisville, an organization dedicated to creating a city of equity and opportunity, says, “The lack of access to diapers — a basic need for babies — snowballs into more consequential physical and mental health problems for both mother and baby that disproportionality affects Black and minority households.” The diaper bank is essential in addressing matters of inequity and Joi says Lean Into Louisville is proud to raise the banner on this issue so all families have an opportunity to thrive!

Office for Women is working to convene advocates and agencies to raise awareness of diaper need and address the problem in our community.  If you are interested in becoming more involved, contact Gretchen Hunt at Gretchen.hunt@louisvilleky.gov.