Two Cats and a Dog, and She Would Love More

Two Cats and a Dog, and She Would Love More 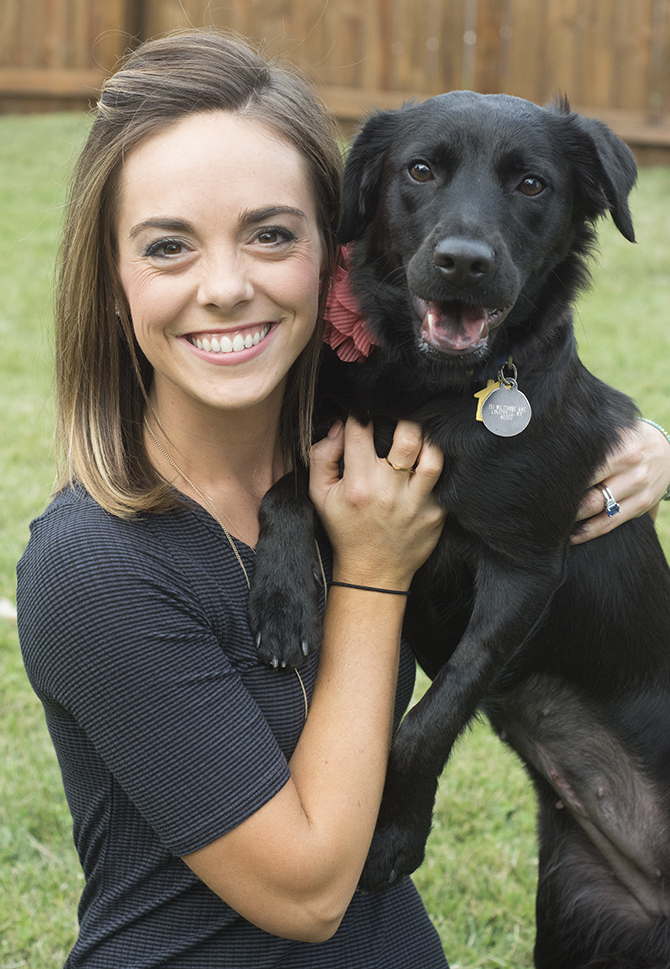 Abbie Blum, a sixth grade language arts and drama teacher at East Oldham Middle School, is a self-proclaimed goofball with the bubbliest of personalities. A day in her life at home with her husband and three pets seems anything but dull. “I just love all animals and always have.

“Currently we have two cats and a dog named Tyler,” Abbie says. “The kitties we have now are Stuart and Reggie. We like using people’s names instead of cutesy names. We have Stuart, whose middle name is Feeny after Mr. Feeny in the once popular Boy Meets World TV show. And then we have Reggie. His middle name is Harrison after former University of Kentucky basketball twin brothers Aaron and Andrew Harrison. My husband, Matt, is a big UK fan.”

Adopting
“I’m a super big advocate of adopting pets rather than going to breeders, so I always go to the Humane Society or a rescue,” Abbie says. “They’re just adorable. Stuart and Reggie love each other and basically have since day one, which is awesome. Stuart is a big people person. Reggie likes being around people but will only tolerate when I hold him.”

Abbie says Stuart is quite vocal. “His meow is very loud and funny. He will meow if he wants to go in/out a door or if he wants treats or wet food. He head-butts and will snuggle with me in the middle of the night… He usually sleeps on his back on top of me. Reggie is quite different. His meow is really quiet; sometimes he will open his mouth to meow but not even make a noise. We think he has OCD because if a human pets him, he will immediately lick himself to get rid of the human smell.”

Their Vet
“In order to keep them both healthy, we also see a vet regularly. We go to Seneca Animal Hospital and Chenoweth Animal Hospital. We recently moved to St. Matthews, so we are transitioning. Stuart gets urinary tract infections every so often, so we go about once a year for that as well as annual check ups. We feed them dry Purina Pro Plan – urinary care mixed with weight control.” 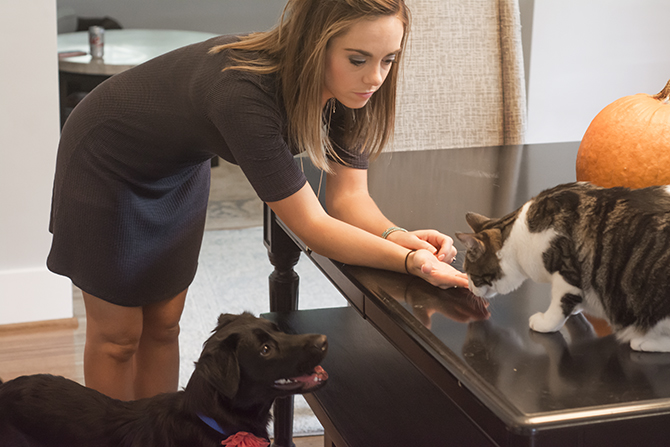 Abbie says if she had the time and money, she’d probably have a lot more pets. “I always tell Matt that if I win the lottery (well, I guess I would have to start playing the lottery), I am going to start a rescue for cats and dogs. I just hate that there are so many pets without homes, and I want to help in any way I can… You know, without becoming an animal hoarder myself.”

Do you have pets? We’d love to hear about what kinds and how you spoil them. Leave us a comment below about your furry loved one.