Turning Point: From Taylor Swift’s Band to a Courtroom

Turning Point: From Taylor Swift’s Band to a Courtroom 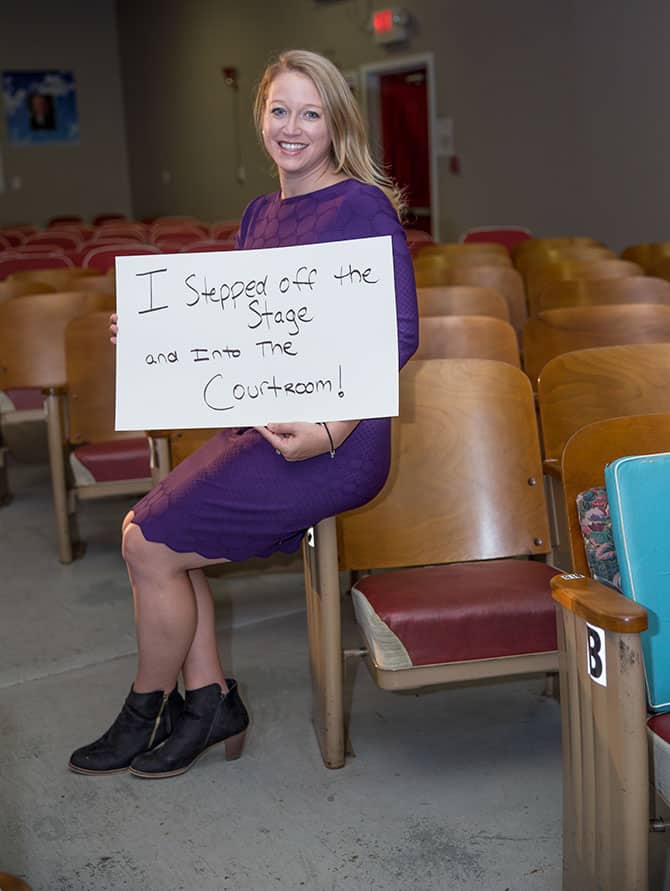 Emily Poe Stumler’s Turning Point came when she put down her fiddle and picked up her law degree.

She seemed to be headed toward a career in music. She had started taking violin lessons at age 6. She was class president and a cheerleader at Floyd Central High School in Indiana, and she played violin in the school orchestra. She attended Belmont University in Nashville, Tennessee, to pursue her music career. Then, in her senior year, she auditioned to be a fiddle player for Taylor Swift.

“No one knew her then. She was only 16. I traveled on the bus with Taylor and her mother, and the rest of the crew — all men — were on another bus. We went all over the U.S. and Canada. That was the summer of 2006. We would sometimes be gone from Wednesday to Sunday. It was a great experience. I got to see places that I might never have traveled to. But, that life is not as glamourous as one might think.” 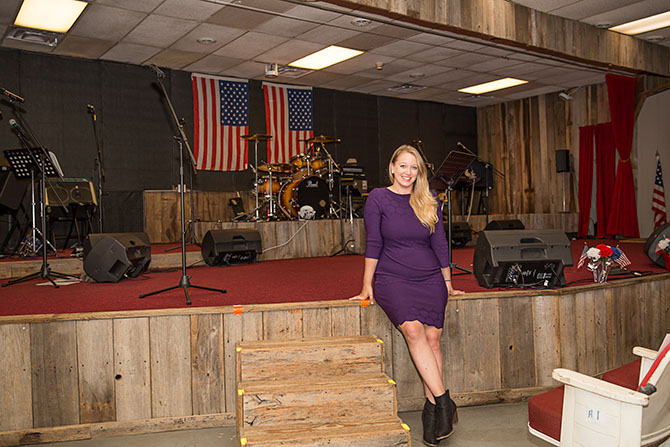 For her first performance, Emily played the fiddle in the auditorium of Corydon Live Music and Entertainment. Photos by Patti Hartog

Emily wanted to pursue music as far as it would take her but, she says, she always had it on her radar to go to law school. “I also knew I wanted a husband and children. I toured with Taylor for about two years and eventually left, took the LSAT, and entered law school at University of Tennessee in Knoxville.”

She was in her third year of law school when Eli Stumler, her husband-to-be, was discharged from the Army and moved back home. “We had been good friends in high school. We even went to senior prom together and after graduation, when we were home at the same time, we would meet for dinner. That friendship turned into more. Two thousand eleven was a big year for me. I became engaged in February, graduated law school in May, took the bar in July, and Eli and I were married in November.”

Emily worked for a real estate attorney for a couple of years and had a part-time job at the prosecuting attorney’s office for Harrison County, Indiana. That turned into a full-time job. Now, at age 32, she is chief deputy prosecutor with the office that represents the State of Indiana in all criminal matters in Harrison County.

“I see cases from driving under the influence to juvenile crimes to murder. I prosecute all the sex crimes. I spend the majority of my day in the courtroom. I love being in the courtroom preparing for trial. Some days are more disheartening than others. It’s hard not to internalize some of what I see and hear, but at the end of the day I feel that we are doing good. I never really considered going into criminal law, but now I can’t imagine doing anything else.” 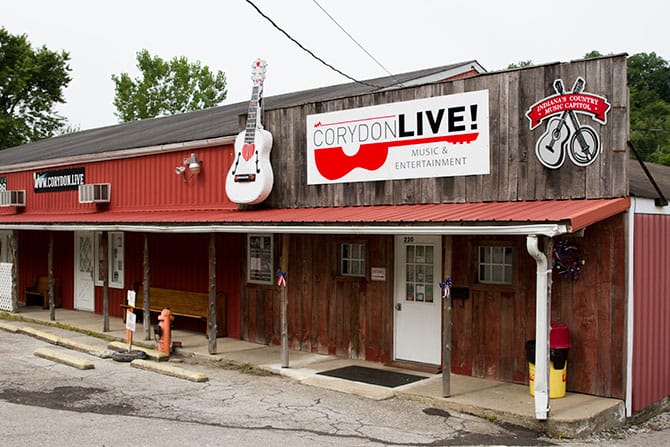 She hasn’t put down her music either. Emily still plays her violin at weddings and special events.

“When I turn around and look back at my life, my path is much clearer now than when I was on it. I can see now how studying music formed my work ethic — continuing to strive to get better was so helpful. You don’t realize in school that it molds you into the person that you are.”