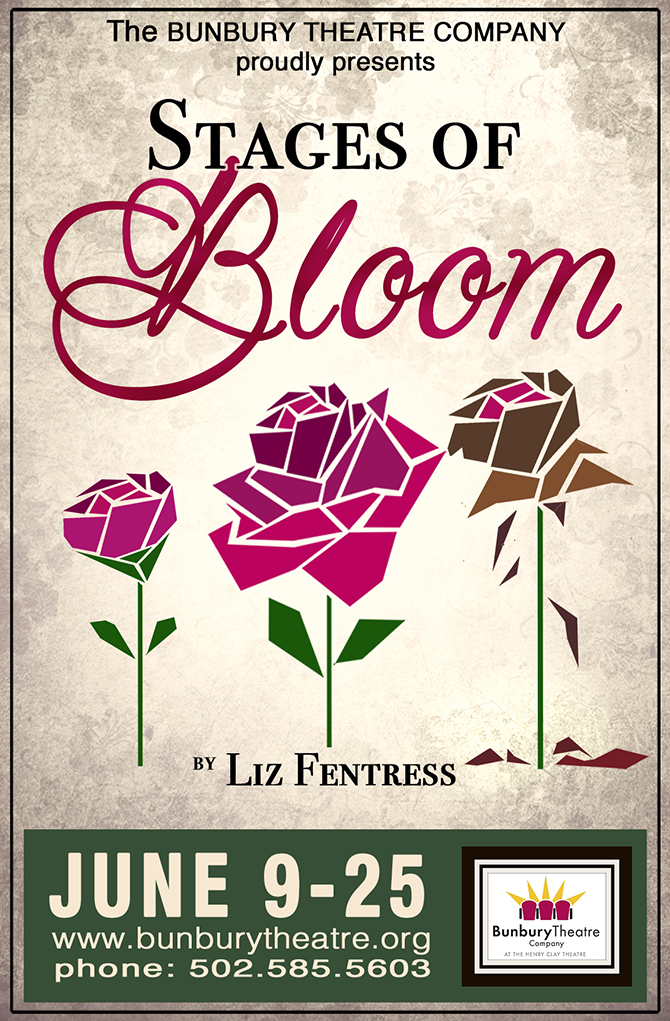 Bunbury Theatre Company closes out its 2016-17 season with a new play by Kentucky playwright Liz Fentress.

Stages of Bloom centers on 90-year-old rosarian Edith Jones, who is pressured by her stern brother-in-law to sell her home and give it to the church. After joining forces with a 40-something war veteran fix-it man and a young college student and her Marine boyfriend, Edith prepares an entry for one last rose show to leave a lasting impression on the world. 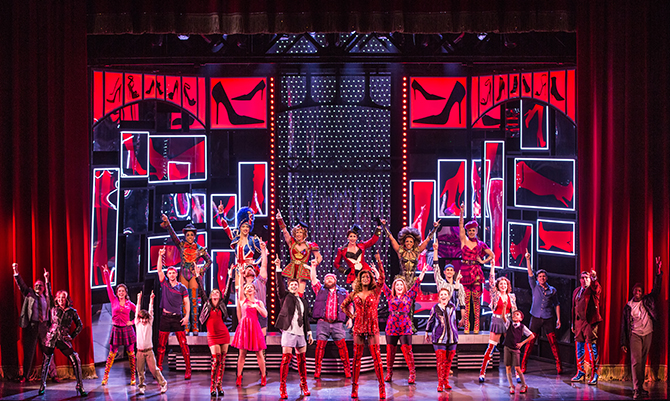 Inspired by true events, Kinky Boots takes you from a gentlemen’s shoe factory in Northampton to the glamorous catwalks of Milan. Charlie Price is struggling to live up to his father’s expectations and continue the family business of Price & Son. And with the factory’s future hanging in the balance, help suddenly arrives in the unlikely but spectacular form of Lola, a fabulous performer in need of some sturdy new stilettos. 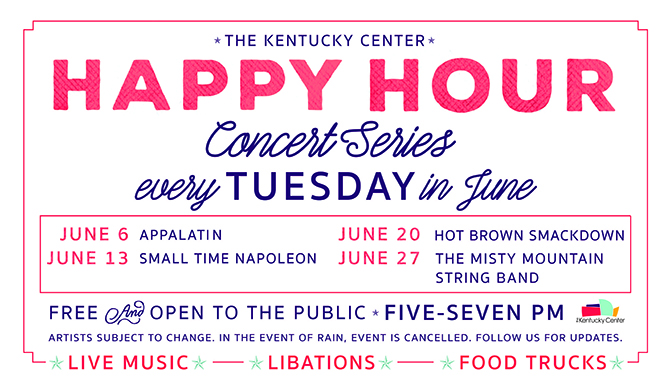 A free concert series of diverse musical acts will be taking place on the front steps of The Kentucky Center each Tuesday evening during the month of June.

Small Time Napoleon: June 13
Small Time Napoleon is the combination of new ideas and old sounds. Their interest in the jazz standards of the swing-era shines through in their voices, writing, and playing, while their ear for new sounds and ideas constantly drives them forward. The product of this pairing is what Kyle Ware of Insider Louisville has called “A mad science blend of western swing, hot jazz, and folk,” which is “already starting to jell into something wholly singular.”

The Misty Mountain String Band: June 27
Drawing influence from old-time music, Americana, bluegrass and songs of labor and protest, Misty Mountain String Band doesn’t stray far from its upbringings in Kentucky and West Virginia. Formed as a pickup group for an old-time camp revival, MMSB has evolved into a professional band that’s as at home playing with the Louisville Orchestra as at bluegrass festivals with Americana favorites. The group connects with fans of folk music around the world, sharing unique string band music written for today but informed by tradition.

WHEN: Tuesday evenings in June from 5-7pm
WHERE: The Kentucky Center front steps, 501 W. Main St.
TICKETS: This event is free and open to the public. Event cancelled in the event of rain.