She Spent a Year Planning this Halloween Party

She Spent a Year Planning this Halloween Party

If the idea of picking up a couple of bags of candy and carving a pumpkin for your front porch is your idea of preparing for Halloween, you might want to show a little compassion for Stephanie Bromback. Stephanie is the special events coordinator at the Louisville Zoo and spends a year planning The World’s Largest Halloween Party! for kids 11 and under. The fun, which runs Thursdays through Sundays, begins this year on October 5 and ends on October 29.

“We begin work for the next year the day after the event closes,” Stephanie says, noting that this is the 36th year for the zoo’s not-too-spooky festival. “Forty actors who channel their inner superheroes, princesses, and beings from ‘a galaxy far, far away’ roam the zoo. From ordering thousands of pumpkins and 1 million pieces of candy for the 20 trick or treat booths to building the storybook scenes — think castles and toyland and a coral reef for the Under the Sea display — my days are pretty much organized chaos. I keep my iPhone and a steno pad with me always.”

That detail to organization is not just for the Halloween events, which draw 92,000 visitors. During the year, Stephanie also organizes 10 or so character “meet and greet” happenings and the Throo the Zoo 5K run the Saturday after Derby. There are also movies and concerts held during the summer.

Stephanie started at the zoo when she was 16 and worked the ticket window during the summer.

“My best friend worked in the gift shop and she told me how much fun it was to work here. I worked a couple of summers, went on to a couple of corporate jobs after college, then came back to the zoo and have been special events coordinator since 2007.”

What Works for this 35-year-old woman as she hustles from work to home and back again?

Sustainable Palm Oil Shopping app
Here at the zoo we love our orangutans! Harvesting palm oil — which is used as a binder in snacks, candy, cosmetics, soaps — means cutting down orangutan and gorilla habitats. I check all the Halloween candy using the app to make sure it doesn’t contain palm oil or at least if it does, it is harvested sustainably. Anyone can do the same. It only takes a second to check either by typing in the name of the company or product or scanning a barcode. The app is hosted by the Cheyenne Mountain Zoo (Colorado Springs) and can be downloaded from Google Play or the Apple App Store. 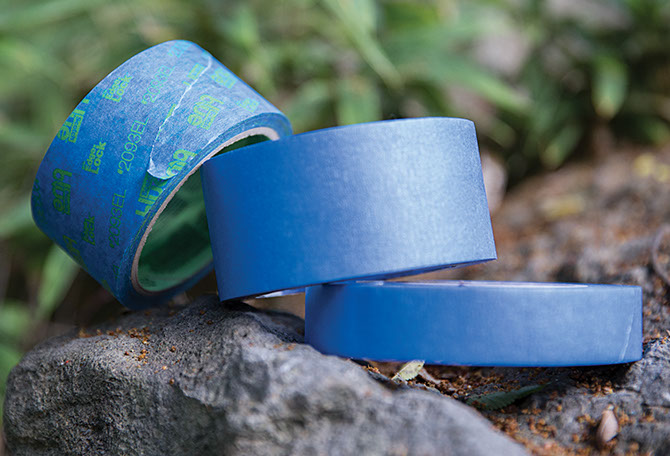 3M ScotchBlue painter’s tape
I really can’t live without this tape. I use it here at work and at home. It stays stuck but releases nicely. I’ve used it to label bins, wrap wires, and to support display pieces until the glue dries. It also comes in handy as an impromptu name tag or to repair a rip in clothing. I even used it to temporarily attach a bathroom mirror to the wall at home. When I removed it, it left no film on the mirror or the wall. It is a cheap alternative to staples or hot glue. When I go shopping I wear two or three rolls of it on my arm as bracelets because I can’t just buy one roll. 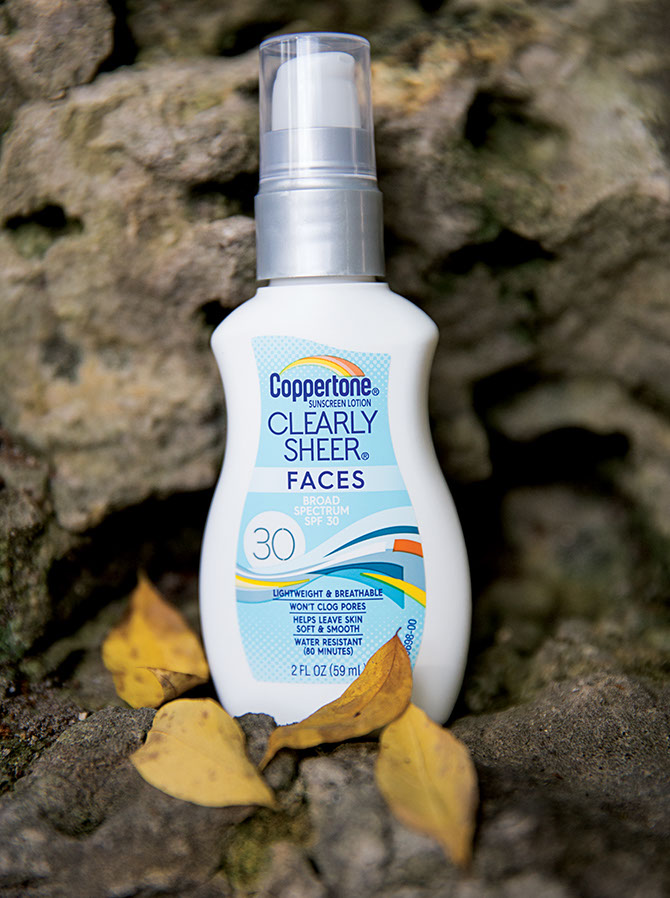 Coppertone Oil Free Faces Sunscreen Lotion
I’m always outdoors at work. At home I’m often outside playing with the dog, weeding, or reading in the hammock. I also drive with my sunroof open. I use at least an SPF 50 or higher. You can’t fix sun damage once you get it. I consider this sunscreen my moisturizer.

What works for you? Share your list of favorite things that get you through the day. Also, find out how this woman is blending all of her talents together.