She Recommends a Family Trip to Williamsburg

She Recommends a Family Trip to Williamsburg 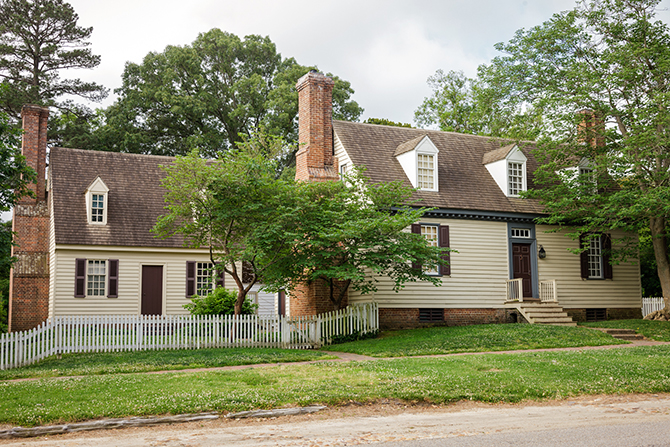 “We hold these truths to be self-evident, that all men are created equal, that they are endowed by their Creator with certain unalienable Rights, that among these are Life, Liberty and the pursuit of Happiness.”

These famous words filled the ears of the Williamsburg, Virginia, citizens who gathered to hear the reading of the Declaration of Independence in 1776. The words can still be heard today, echoing in the streets of the Revolutionary City through reenactments that make our country’s history come alive.

Having knowledge of our past is having the power to create a successful future. This was the idea behind Jane Parker’s first trip to Williamsburg. “There comes a time when kids can’t identify with history anymore,” Jane says. “I wanted to reinforce the history they had begun to learn about in middle school. We started going when (my daughters) were about 10 and now, I have taken my grandchildren.”

Where to Stay:
Start living the colonial life by staying in a cottage that is a true replica of what houses would have looked like during these times. Located in the heart of Williamsburg, these houses, are equipped with period pieces such as canopy beds and fireplaces. Colonial Houses Historic Lodging strives to give all visitors an authentic stay but also offers modern day amenities for those not wanting to veer too far from electricity. 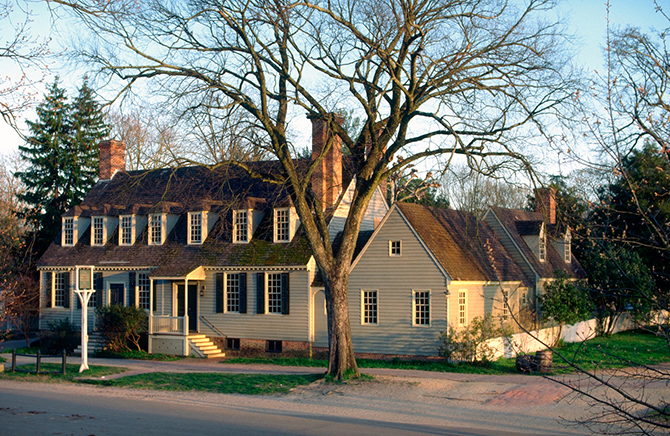 Walk out of your colonial house into 1775 where you will join the other colonists at the beginning of the Revolution. Decisions will have to be made — will you stay loyal to the British king or side with independence? Can you live under a new government or overcome the challenges of daily life amid the Revolution? Watch as your children join the army and learn about life as a soldier at a military encampment or get a first-hand look into life as a colonial child by playing 18th century games, helping prepare dinner, or taking part in household chores at the Benjamin Powell House.

What to Do:
Immerse yourself further by taking one of the many tours available in Williamsburg. Watch as the blacksmiths make weapons for the Revolution during the tour at Anderson’s Blacksmith Shop and Public Armoury, or tour the Governor’s Palace and experience life of the royal government in Virginia before its collapse. Continue with the Official Colonial Williamsburg Ghost Walk or participate in a guided Art Museum Tour to see American and British antiques and colonial folk art. 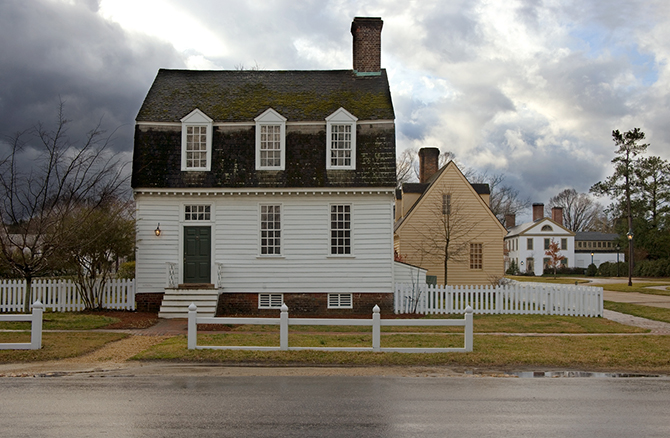 A notable tour, Jane says, is a visit to the College of William & Mary. “I love the college. I don’t know if many people actually visit it, but you can tour some of the buildings and walk the campus.” William & Mary, the second oldest college in America has famous students. At 17 years old George Washington received his surveyor license at W&M, and Thomas Jefferson achieved an undergraduate degree.

Where to Eat:
Colonial fun doesn’t stop when looking for a hearty meal; Christiana Campbell’s Tavern and Chowning’s Tavern provide period-inspired foods and atmosphere that will suit your new colonial lifestyle. Walk off that meal with some shopping cardio. The Mary Dickinson Shop offers 18th century fashions such as cloaks, petticoats, and caps. Find books, ink, and quills at the Post Office or glassware at Tarpley, Thompson and Company.

Other Local Options:
But don’t limit your colonial experience to just Williamsburg; make a stop in Jamestown to tour replicas of the three ships that sailed from England to Virginia, or visit the Powhatan Indian Village to learn about how the tribe survived and the story of Pocahontas.

What is your favorite travel destination for the fall season?