She has traveled to 20 Foreign Lands: But Suggests You Try Lisbon, Portugal

She has traveled to 20 Foreign Lands: But Suggests You Try Lisbon, Portugal 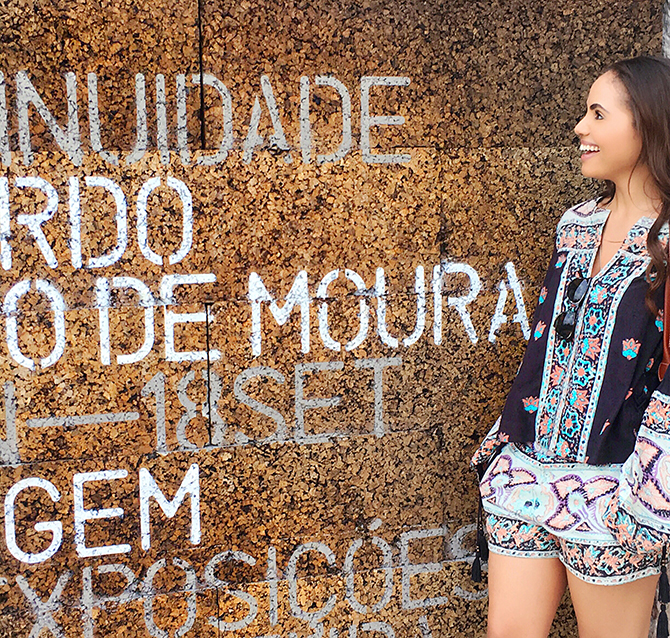 Erica Bachelor is not one to let the grass grow under her feet.

At 31 she has traveled to at least 20 foreign lands. She graduated from Pepperdine University in Malibu, California; did a stint interviewing celebrities on the red carpet for E! News in Hollywood; landed the “head of marketing” position for the Hard Rock Cafe enterprise in Fort Lauderdale, Florida, where she worked with the company’s Seminole CEOs and medicine men; and cured herself of medically-induced lupus (by learning about food while becoming a certified raw foods chef) at 20 after studying abroad in London. Somehow, all these extraordinary pieces fit together to create one adventurous life that started right here in Louisville.

Erica’s parents met at Louisville’s Ford Motor Company but took a leap into the restaurant and hospitality industry by investing in several Outback franchises and hotels throughout the South. “I grew up in kitchens. Watching chefs prepare food and the proper ways to cut fish is what I remember most from my childhood,” Erica says.

Now, she is back where she feels most at home: helping to run her family’s hotel (the Embassy Suites by Hilton Louisville Downtown) and restaurant (Brendon’s Catch 23). The restaurant is named after her late brother, who died tragically in a car accident in 2014. Since her brother’s passing, she decided to move home to see his dream of opening his own restaurant come to fruition. Although Erica is not a classically trained chef like her late brother, she helps to run the business, marketing, and public relations side of the restaurant as its vice president, as well as blogs about the foods she discovers through her travels near and far. 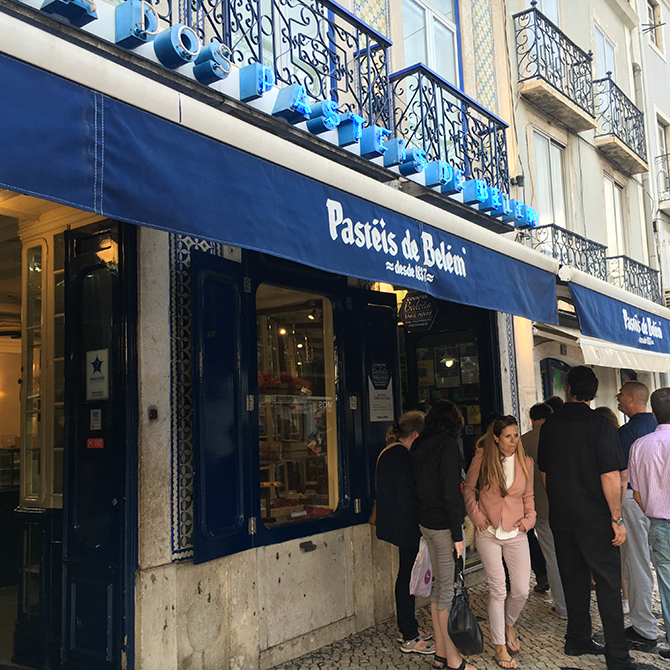 With so many travel experiences to choose from, Erica decided to give us the ins and outs of Lisbon, Portugal, where she recently took an excursion centered around what she loves most — great food. Lisbon is not a city for variety, she says, but they serve a few signature dishes to perfection. Raw foods chef Erica came up empty handed when it came to green foods, but learned to relish in the local flavors: steak or sea bass and potatoes. The bitoque y paps (steak and potatoes) seemed to be on every menu, but never got old. “It was a miracle if I could find two sprigs of broccoli, so I mostly ate steak and fries and these amazing little puff-pastry custard pies sprinkled with cinnamon called Pasteis [de Nata] all week. But I never gained weight — carbs in Lisbon don’t stick!”

What to Pack
Erica says Lisbon reminds her of Miami, except with castles. It has warm weather, great shopping, fashion, and restaurants, and is full of beautiful people, stunning coastlines, and palm trees. “When I’m in Miami, I always feel like I’m in another country, and Lisbon makes you feel like you’ve left Europe. Everyone looks like Gisele, the supermodel, with their shared Brazilian bloodline,” Erica says.

So, pack clothes for the beach filled with surfers and a light jacket for cool nights. The weather is similar to California (except the water is, according to Erica, “jacuzzi-like”). Be sure to bring a power converter and have plenty of cash on hand, as many restaurants only accepted the Multibanco credit card.

Not to Miss
An avid history buff, Erica enjoyed the Torre de Belém, a famous castle located in Lisbon and erected in 1515.

Travel
The city offers metro, public buses, Uber, and taxis. Erica was able to travel most of the city on foot and by purchasing a metro ticket for $2-$6 per day. The city is full of hills, so be prepared to climb.

From London, you can take EasyJet to Portugal for 60 Euro. In May-August, the city hosts many festivals and events, but if you’re looking for a bargain, the weather is still mild in November-February, and hotel-room prices tend to drop.