Most of us shirk away from change, but not Paula Blankenship, an entrepreneur whose paint business headquartered in Shepherdsville, Kentucky, is gathering world-wide attention after only three years in existence.

For 25 years, Paula had been operating a furniture and floor covering business in her native Oneida, Tennessee. When the Great Recession hit in 2008, she closed her longstanding businesses and began commuting from Oneida to New York City as a designer for commercial projects.

“The economy had died,” Paula says. “Then, one day into the store comes this man who had purchased a house at auction. He was a New Yorker. He said, ‘I heard you are an interior decorator. Can you come up and see my house?’ I ended up working for this man as a commercial designer in New York for eight years. I closed my stores and was all in for him, doing jobs on Long Island and in Connecticut.”

During that time, she moved to Louisville so her son could attend Trinity High School and was getting pretty tired of her long-distance work commute. So she decided to quit that job and paint furniture for a living, and came up with the idea to create Heirloom Traditions Paint Chalk Type, a line of colorful paints, gels, and waxes, whose sales have grown to a projected $3 million in just three years.

It started with a Facebook post. “I created a color card and was going to make up a paint line. I posted it on my Facebook page and a friend asked where she could buy the paint. I said, ‘There is no paint to buy.’”

Because of interest from Facebook friends, she searched for a paint company to make her line. In January, 2013, she found the Lanning Chemical Company in Louisville.

“I went down there and asked them if they knew what chalk paint was. They said, ‘No, but we can make it. The chemist has been making paint for so long, he can smell it and tell what’s in it.’ A week passed and I thought I would never hear from these people again. They called and said, ‘Your paint is ready.’ ”

Without even trying it, a friend gave her a $1,000 order. “I have about 350 retailers now. We’re even in Australia and Canada.”

“I didn’t set out to start a chalk paint line,” Paula says. “I was designing a piece of furniture. I chose chalk paint to paint it because of the ease of use and the look. It doesn’t require preparation, it bonds to anything, and you don’t have to sand with this product. It will bond to metal, glass, wood, stained wood, even things already painted with enamel. Our paint does that especially well. We became the number one brand for this paint with this company in three years.”

In March, 2015, she decided she wanted to own rather than continue leasing space for her business. “I found an old church down in Shepherdsville and moved our business into it. Now we own our building. We are right beside Amazon. We moved our home down here, too.”

Customers use her paint to restore furniture and cabinets. “The great thing is, people can paint old furniture, which is better quality than what is available now. Young people enjoy going out and thrifting and repurposing things. That’s why chalk paint has been received so well.” 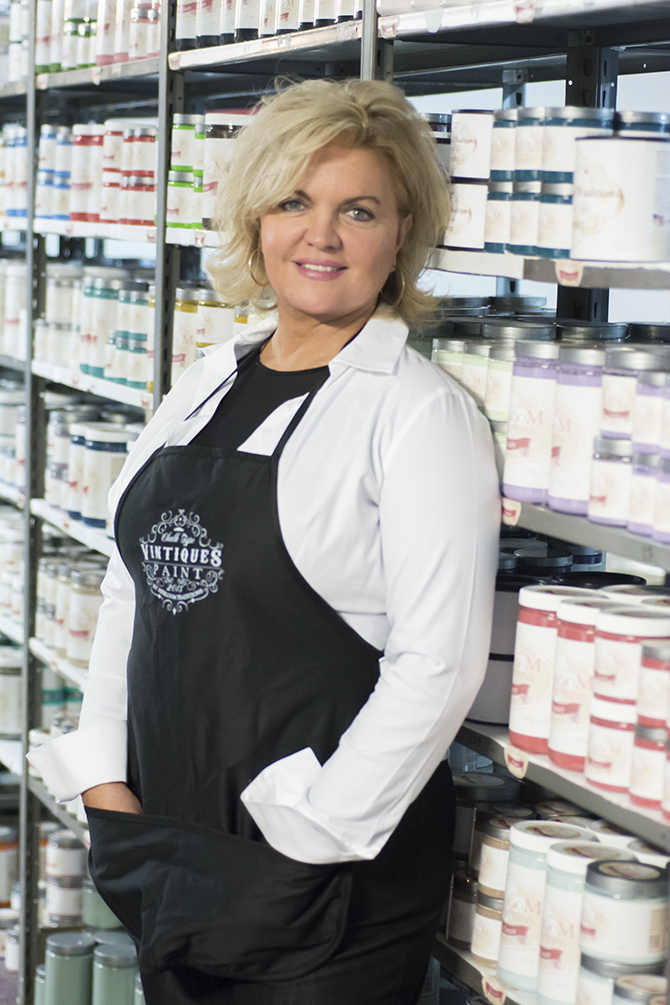 A Second Business/Product
There was also a silver lining to her weekly commute to New York. Sleeping on the airplane was nearly impossible — so she came up with an idea for a head support that would allow her to sleep comfortably. Her idea is really two products, The NodPod. The Nod is a little cushion that you place under your chin that is held in place with elastic straps. The Pod is a companion blanket. (You can pre-order them online, www.thenodpod.com: the Nod for $32 and the Pod for $50. Or $70 for both.)

“After I saw that my idea was patentable, I put it on Kickstarter and raised $320,000. It’s getting ready to be available at several major airlines. I’m going to Abu Dhabi, invited by the royal family. They want to put it on Emirates airline.

“Right now, it’s just available as a pre-order. We are having it made in China. They are sewing them now. We had to develop it and have the fabric made.” 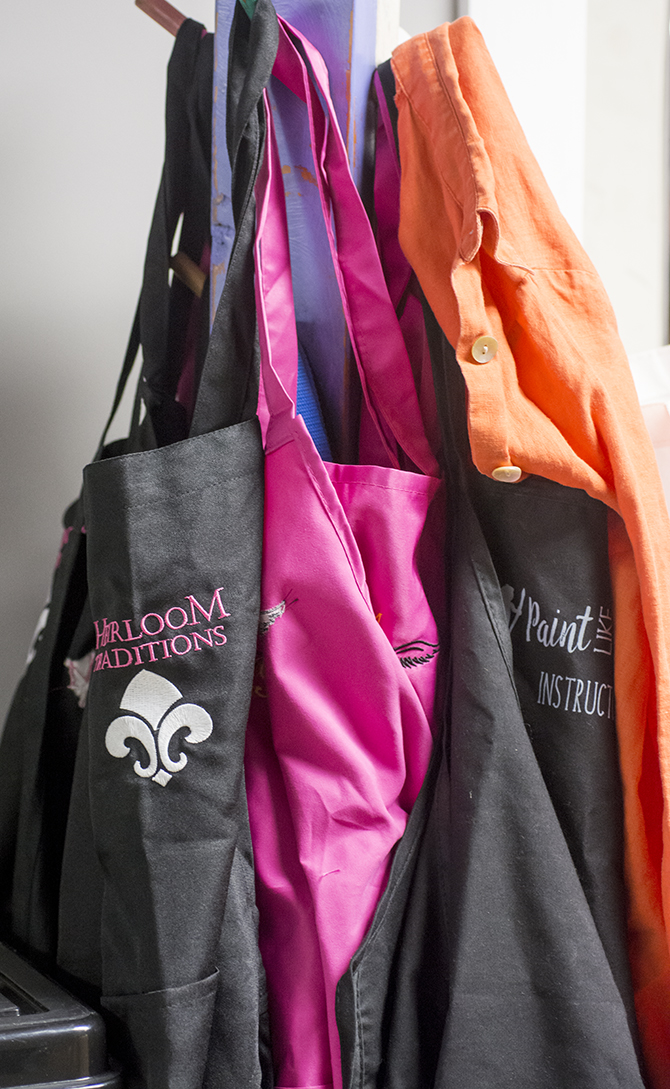 Here are Paula’s tips for creating a new business: