Not to Miss Events

Not to Miss Events 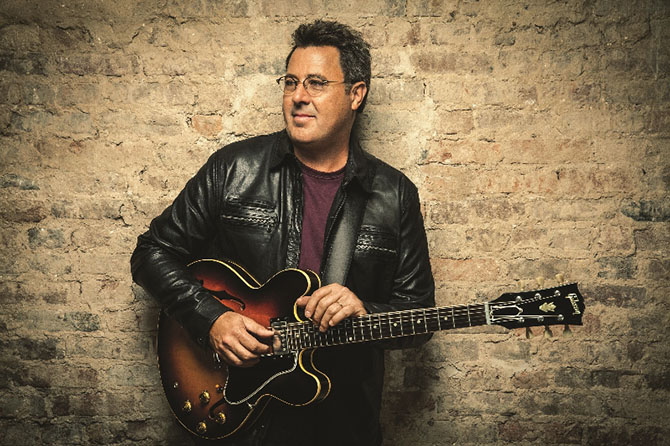 Born in Oklahoma in 1957, Vince Gill’s first solo album, Turn Me Loose (1984), earned him the Academy of Country Music’s Top New Male Vocalist Award. In 1989, Gill recorded When I Call Your Name, which was certified double platinum for 2 million copies sold, while the title track earned Gill a 1990 Grammy Award for best country song. To date, Gill has won more than 20 Grammy Awards, twice been named Country Music Association Entertainer of the Year, and sold more than 26 million records.

Here’s a sample from The Kentucky Center’s website of the high praise this tour is generating:

“One of the last great country music entertainers.” — Oklahoma

“That man just sings his heart out! Love his stories, too.” — Illinois

“A consummate musician with the voice of an angel.” — Ohio

“Entertainer of the year EVERY YEAR in my book.” — Louisiana 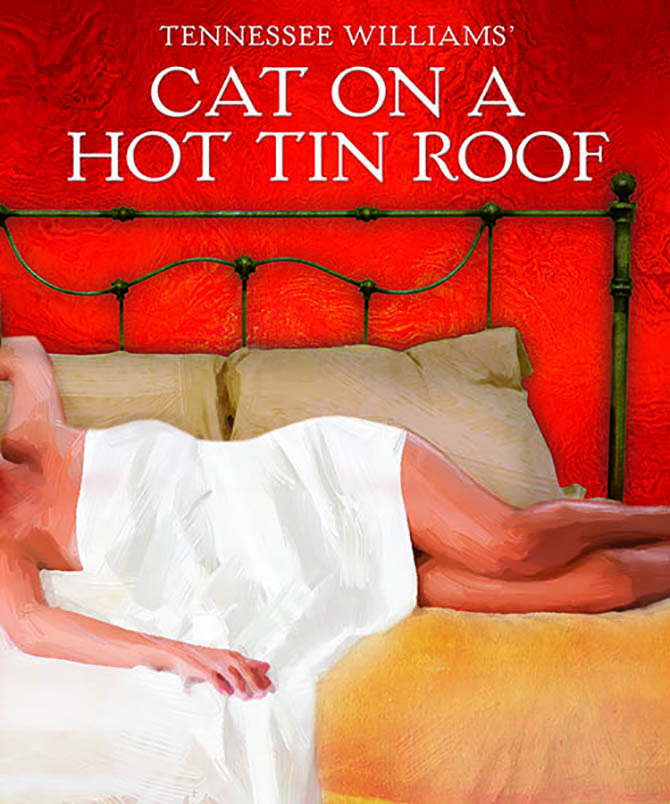 Widely regarded as Tennessee Williams’ best work, Cat on a Hot Tin Roof contains all the elements of good drama: sex, greed, abuse, addiction, and deception. With its timeless themes and complex relationships, this 60-year-old, Pulitzer Prize-winning dissection of a Southern family remains his most popular play.

WHEN: September 15-25, 7:30pm (with exception of September 18 – 2pm and 7pm)
WHERE: CenterStage at the Jewish Community Center of Louisville 3600 Dutchmans Lane
CONTACT: Order your tickets here.
TICKETS: Saturday nights and Sunday matinees are $22 in advance, $24 at the door. All others are $20 in advance, $22 at the door. 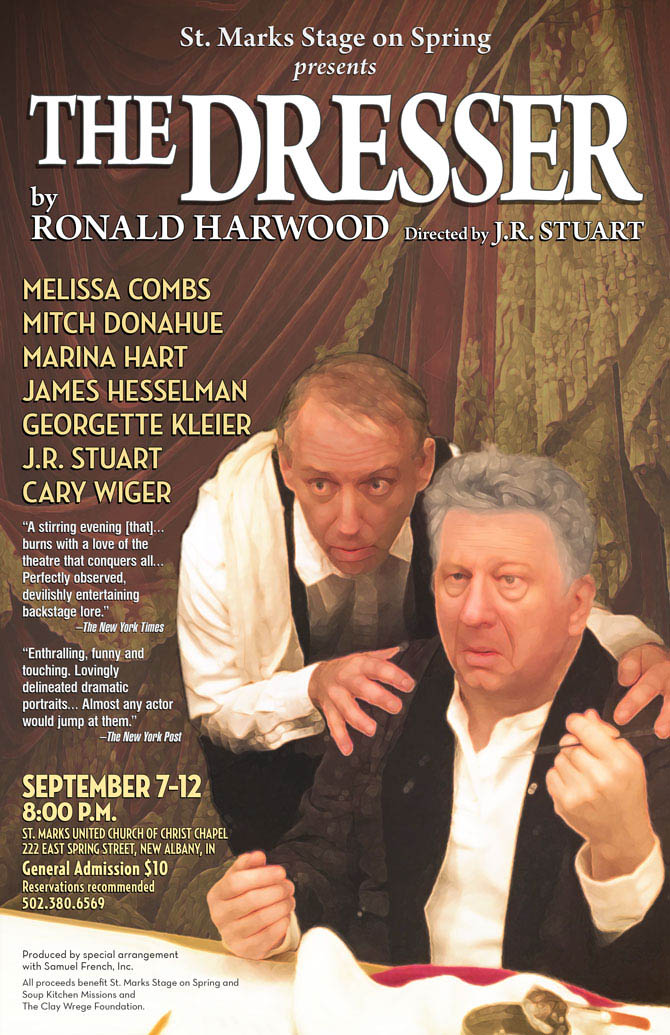 The Dresser
By Ronald Harwood
Stage on Spring

Ronald Harwood’s The Dresser finds a third-rate Shakespearian company of actors at a theatre in the English provinces in 1942 where they are to perform King Lear as the Nazis are literally dropping bombs on their heads. The action takes place backstage as the actor-manager, Sir, who portrays Lear, arrives at the theatre in a state of mental unbalance. With Herculean effort, his long-time dresser, Norman, helps him gather his wits to get onstage. At times hysterically funny and thoughtfully profound, The Dresser explores the nature of theatre and the craft of stage acting.
This production stars some of the Arts Insider’s longtime Derby Dinner Playhouse favorite performers: Melissa Combs, James Hesselman, Cary Wiger, and J.R. Stuart (who is a founder of Stage on Spring and director of this production).

“A stirring evening [that]…burns with a love of the theatre that conquers all…Perfectly observed, devilishly entertaining backstage lore.” — The New York Times