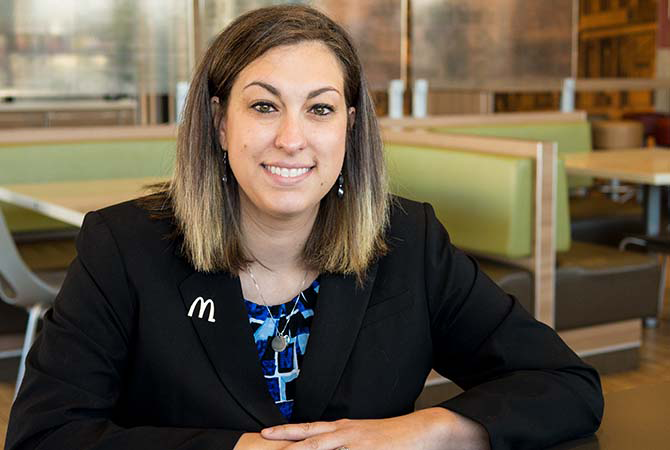 In 2012, Emily Kasselmann, left her job at Procter & Gamble to work for her Dad who owned two McDonald’s franchises in Pendleton and LaGrange.

SPONSORED BY MCDONALD’S | By Carrie Vittitoe

McDonald’s history dates back to 1940; since that time, as the golden arches used to state, millions (and now likely billions) have been served. But the company has served many other people behind the scenes with careers and economic opportunities. In small towns, the local McDonald’s has become a center of community and camaraderie. For certain families, McDonald’s has been an entrepreneurial journey that has helped fathers prosper and in later years, mentor their daughters to become owner-operators themselves.

Emily Kasselmann got a degree in psychology and spent nearly a decade working for Procter & Gamble where she was the North America recruiting specialist for product supply engineering. “I flew around the country looking for the top talent to bring back to Cincinnati and other plants throughout the country,” she says. While she enjoyed her role, she had spent her entire life seeing her own father work for McDonald’s. “I really noticed all the things he was able to do in his career. He was impacting different people’s lives and was able to contribute to the community. It really attracted me,” she says.

In 2012 Emily made the decision to leave Procter & Gamble and begin working for her dad, who at the time owned restaurants in Pendleton and LaGrange. “I became a shift manager for him at 30 years old,” she says. “It was one of the biggest risks I’ve ever taken in my life.” Her dad was supportive but made sure she understood she would have to work for her success on her own. “I would have to work every position on my own from the bottom up just like everyone else. I entirely wanted that respect and knowledge,” she says. In 2017, she became an owner-operator for McDonald’s with the Eminence restaurant and later purchased the Pendleton and LaGrange restaurants.

While leaving a long-time position was a risk early in Emily’s career, she has experienced other risks associated with being a business owner. “I bought my Pendleton restaurant in 2019 and did a major remodel in 2020. This was my very first remodel 100% on my own. The day I opened the doors, COVID hit,” she says. She has learned she has to be prepared to take on anything that comes her way. 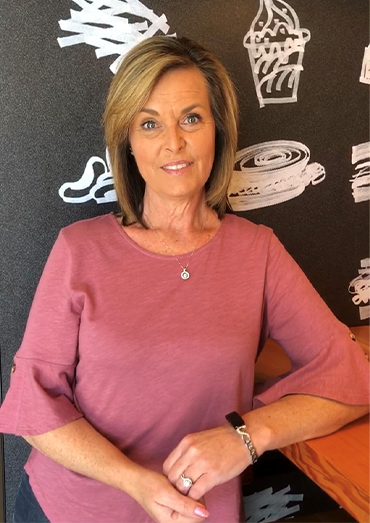 Pam Hancock, of Columbia, Kentucky, grew up seeing her father run a grocery store for 27 years until he sold it in 1987. Several years later, he opened a McDonald’s restaurant in Russell Springs and then a store in Columbia. At the time, Pam was working at Fruit of the Loom but would come by the Columbia location after work or on weekends to help out. “I went in every afternoon and would do fries or count tills. I was trying to feel it out and see if this is what I wanted to do,” she says. “Thirty years later, here I am.”

Although Pam’s dad owned and operated McDonald’s restaurants, she still had to prove to him, herself, and corporate McDonald’s staff that she knew the business and could operate it successfully. She worked as a general manager for a decade and had supervisory roles so she could learn every aspect of the business. In 2013, Pam purchased the Columbia restaurant from her dad, followed by the Albany restaurant in 2020, and the Edmonton restaurant in 2021. Her dad and brother-in-law still own three restaurants of their own, and her sister in Indiana has ten. 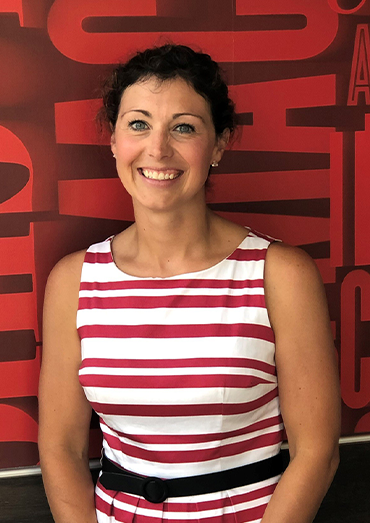 Brittney’s relationship with McDonald’s has a lot to do with her father’s experience with the company, where he began working at age 15. “He came from nothing [and] didn’t have a support system. McDonald’s gave him a job in which they gave him a key to the restaurant and it was basically a place to sleep at night. They had basements at the time,” she says. Her parents actually met at that McDonald’s restaurant so to say Brittney’s entire life has hinged on the company would not be an understatement.

Early on, Brittney didn’t see herself becoming a second-generation owner-operator. She went to college with the intention of being a teacher, but when she transitioned colleges, she needed the flexibility of a McDonald’s schedule. On her first day, she ended up telling the manager at the time to go home. “I was not very pleased at the way the manager was handling the business my dad had worked so hard to grow,” she says. She knew she had it in her to be a better leader at the restaurant. “I decided that the opportunity was bigger than I had imagined,” she says.

She used many of the same soft skills of teaching and leadership to help her eventually become an owner-operator of four restaurants. Her parents continue to be involved, as does Brittney’s brother-in-law and husband. “Everybody you can think of is all-in. Having that support as a woman business owner is crucial,” she says. Brittney also networks with other McDonald’s female owner-operators to share insights. “On a monthly basis, we chat about business,” she says. “It’s really about empowering each other as leaders.” 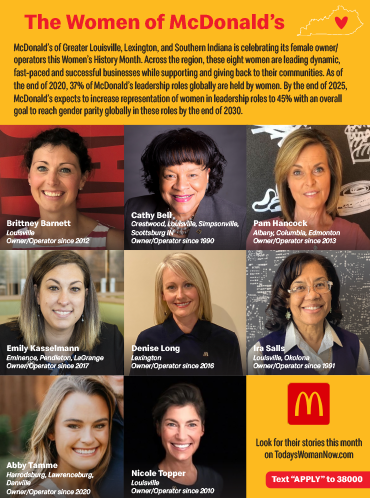