Look Sharp to Snag a Job

Look Sharp to Snag a Job 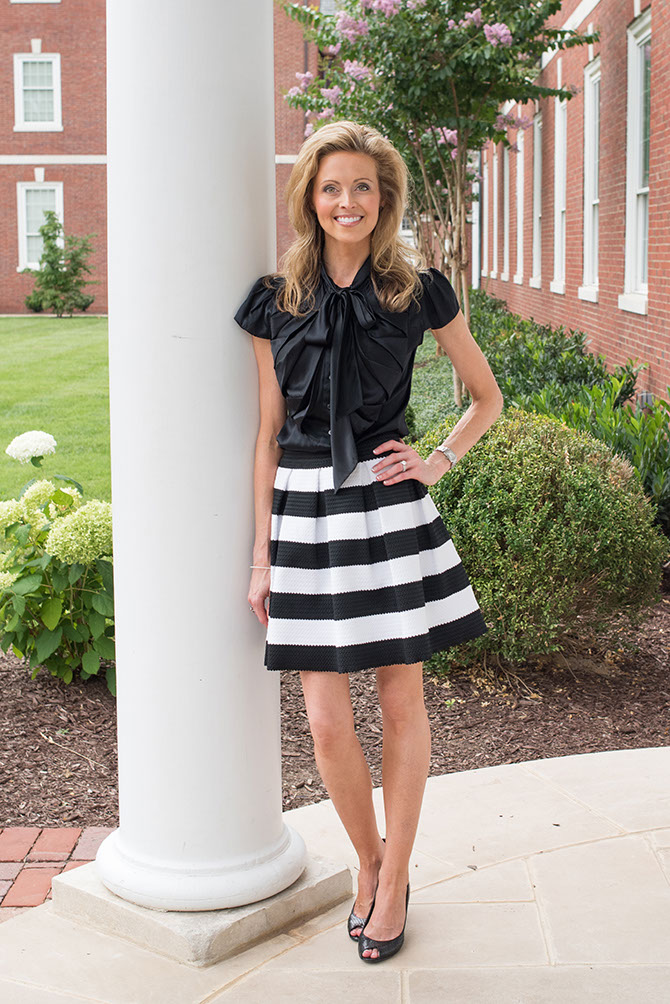 Holly Blackwell is between jobs. Coming from a sales representative position at a pharmaceutical company, Holly knows how to dress for corporate America. But her job hunt isn’t totally focused on ones that require power suits.

Holly is entertaining the thought of taking this time as an opportunity to switch careers toward a more creative role. Basically, she’s open to what’s out there. “I’ve been in sales for so long, I’m not opposed to starting something new,” says Holly, whose previous employer was bought out. (She was part of a nationwide group that was given a severance package.)
While Holly may be open-minded when it comes to her next career move, she sticks to hard and fast standards regarding interview attire and style.

“If it’s a pharmaceutical interview, I’ll wear a suit with no embellishments,” Holly says. “A good fabric with great tailoring. I would do pendant earrings and a watch. No necklace.”

Holly has good reasons for her no-nonsense style for this type of interview. She once referred a woman for a pharmaceutical position who didn’t make the cut. One reason was her attire. “[The hiring manager] was offended she wore a light-colored suit,” Holly says. Conservative dress seems to be pharmaceutical industry preference.

Now, if Holly is going for a creative role, a suit isn’t a must. “You have to match what it is that you’re going for,” Holly says. She says she will wear fresh hues, bold prints, classic pieces mixed with the trends, classic black and white, and monochromatic dresses and blouses. “I go for a sleek silhouette,” Holly says.

She isn’t a loyal shopper to any one retailer. If anything, she’s devoted to shopstyle.com, a search engine dedicated to fashion. Holly isn’t a leisurely shopper. “With shopstyle.com, you’re not wasting all that time. I like to spend my time doing other things,” Holly says.

It’s not unusual for Holly to buy a piece she loves and have it altered. Her favorite tailor is Cavalier Alterations in Louisville. “[The tailor] is my go-to. He makes clothes look like they were meant for me,” Holly says. “It’s worth the money.

Holly also invests in her makeup and skincare. With previous experience working for Estée Lauder, she knows the tools are just as important as the makeup. “When I get ready in the morning, I use five different makeup brushes,” Holly says. Her favorite bronzer brush is from Mac Cosmetics, while her favorite bronzer is Bronze Goddess from Estée Lauder.

Holly wears a moderate amount of makeup but with the intention of achieving a natural look. She thinks this goal is especially wise for an interview. “Heavy makeup at a job interview is a bad idea,” Holly says.

With Holly’s sound advice in mind, anyone can look the part of a successful job applicant. “The best thing you can wear is confidence and a smile,” she says.