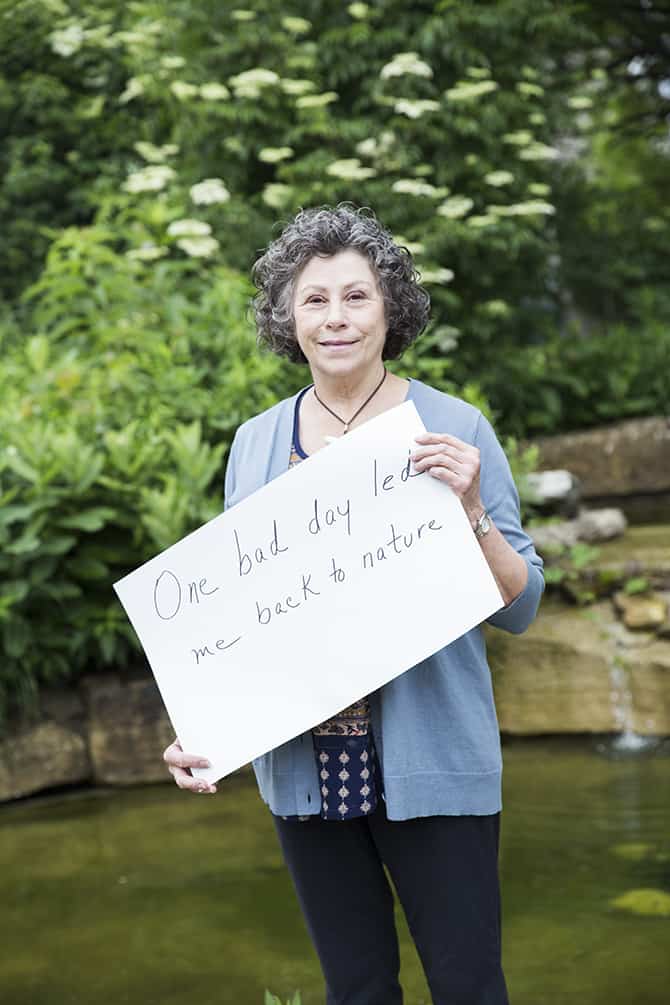 The saying goes that two wrongs don’t make a right, but in this Turning Point, it turns out that two negatives did make a positive.

“Those disturbing phone calls turned out to be blessings,” says Kathy, who is now director of the Louisville Nature Center, which is situated on 10 acres and adjoins the 41-acre Beargrass Creek State Nature Preserve with its hiking trails. “Some people told me to hurry and find another job, but I thought, ‘No, I’m going to just sit back and think about things.’” 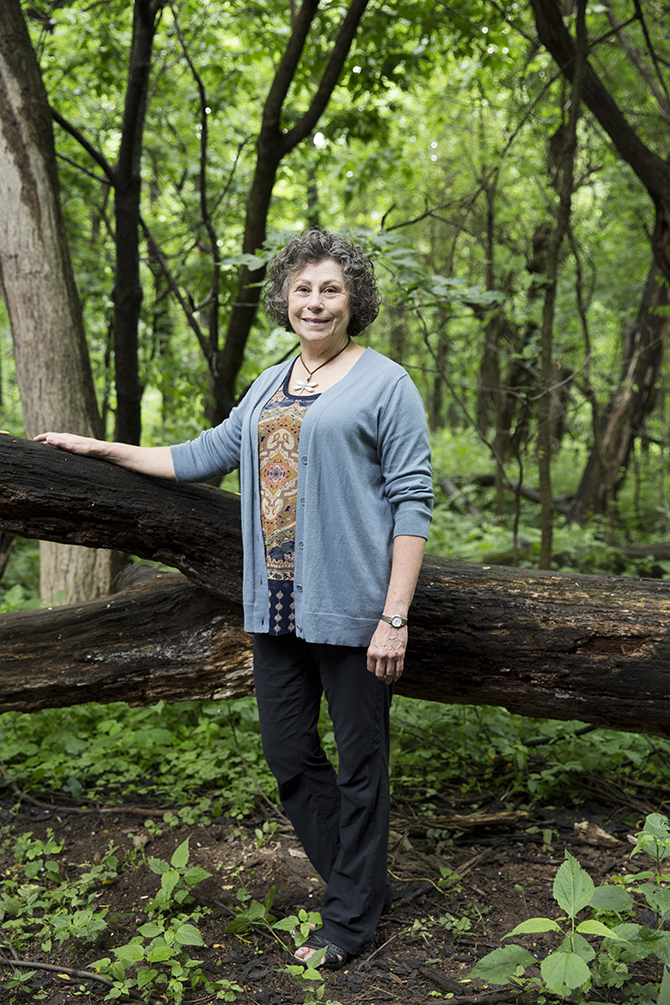 Kathy says she had already been considering leaving her corporate job, which she admits just didn’t fit her any longer. “I didn’t feel right in that world. There had been so many changes recently and a succession of new bosses. I had been seeing a career counselor hoping to figure out what changes I could make.”

As sometimes happens, life made those changes for her.

Over the next four years she got involved in many things, she says. “I took classes and became a Jefferson County Master Gardener, and as part of its community service requirement, volunteered with Air Pollution Control.” And for a while she owned a gift shop in Jeffersontown that sold local crafts.

“By 2006, I had been on the board here at the Nature Center for three years. I wrote a proposal offering to serve as interim director while they searched for a new one. Eleven years later I am still here.

“I enjoy being outdoors. I enjoy digging in the dirt. I love the people that I work with — an eclectic mix of creative, passionate, and amazing volunteers and co-workers.”

The center has three part-time employees along with a handful of educators who run school programs, summer camps, and adult education programs such as its Owl Prowls in the fall.

So, Kathy traded in her corporate suit and sterile office for a chance to work amongst birds, bees, and blooms. The Nature Center, at 3745 Illinois Avenue near the Louisville Zoo, is the place to go for a quiet respite from city traffic and busyness, she says. “It’s a place where one can stroll along the brick pathways of the Sensory Garden and smell the lavender, touch the fuzzy leaves of the Lamb’s Ears, and enjoy the sound of the pond’s small waterfall.” Two rain gardens are filled with native plants. The bird blind is just the place to enjoy a solitary cup of morning coffee where you are sure to be entertained by feathered visitors having breakfast at the feeders, she added.

“Working here fits my personality,” Kathy says. “Sometimes you have to stop and think about things and not just rush into something. After those two phone calls that day, I thought it best to slow down, pay attention, and see what comes. Things have a way of working out the way they are supposed to.”