Is My Child Ready for Kindergarten — Or Should I Hold Him Back?

Is My Child Ready for Kindergarten — Or Should I Hold Him Back? 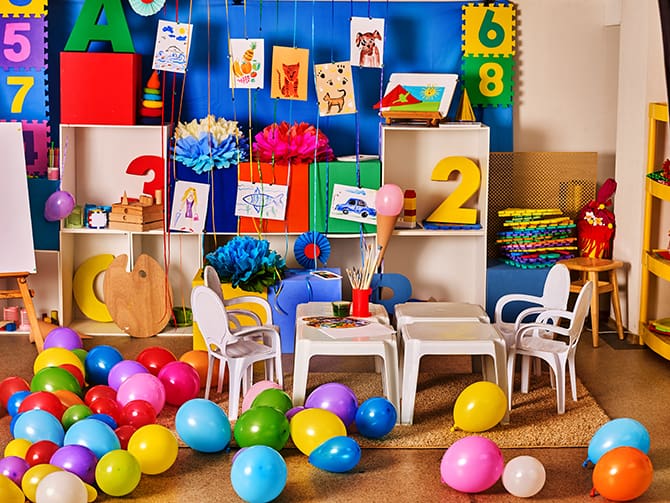 My youngest son, Patrick, has a June birthday. When he started preschool in 2015 as a young 4-year-old, holding him back another year before kindergarten didn’t even enter my mind. After all, it made sense to me to try to keep Patrick’s grade as close as possible to his older siblings’ grades. His older brother, Riley, and older sister, Katelyn, were entering second and third grade as he entered his first year of preschool. In my mind, the best plan of action would be to get him in kindergarten as Riley started fourth so he could have two years of elementary school with him and three with his sister.

However, halfway through Patrick’s first preschool year it became apparent that he was nowhere near ready for kindergarten. At the first parent/teacher conference, his teacher showed me examples of his work. At first I was beaming, but then I noticed that a lot of things in his folder weren’t finished. She said that he really had a problem finishing work in the time allotted. I accepted a lot of the blame because I hadn’t prepared him as well as I’d prepared my older two. In my defense, he was the third kid, and there’s only so much of the alphabet song a person can take, right?

When his teacher gently suggested that he stay another year in preschool, my husband and I were taken aback. Another year of preschool was not in our master plan. Another year of preschool meant that he wouldn’t have as much time with Riley and Katelyn! At first we didn’t even consider it, and I defiantly filled out the forms — ALL the forms — to enroll him as a kindergartener. I decided that I would just work even harder with him to get him ready. We would do more letters, more handwriting, more alphabet songs, more everything.

But after I turned in all of those forms, I didn’t feel any more at ease that we’d made a decision. In fact, I continued to obsess about it and worry over it. I began talking about the situation with other people — friends, mentors, church family, other moms, teachers, total strangers — all in an effort to try to figure out the best thing to do. Many educators told me they had never had a parent regret holding his child back a year. Other parents pointed out that it is just kindergarten and that the kids are not going to be expected to perform complex mathematical operations or read War and Peace.

Over the remainder of Patrick’s first preschool year, there were times when I argued that he would be fine in kindergarten while my husband would point out Patrick’s lack of maturity. However, there were other times that my husband was on board with shipping my baby off to kindergarten and I’d almost break out in tears and hives.

In the end, after my husband and I talked it over yet again, for seemingly the 4 billionth time, we finally agreed — at the same time — that he’s just not ready. And he’s not. He wants to be big so badly, and he’s just not yet. And I don’t want to force him to be something he’s not. I don’t want him to fall in the cracks because he’s one of the youngest kids and can’t keep up.

This year he is in junior kindergarten with some of his preschool classmates, and some of his other preschool classmates continued on to real kindergarten. I’m finally at peace with what my husband and I have decided for him. We took in the big picture of who our son is, and right now, he’s a five-year-old who would much rather build with Legos than write his alphabet.

And I have another year to mentally prepare for my last kiddo to get another step closer to growing up.

Have you experienced the same situation? What did you do to prepare your child for kindergarten?