Is a Little Encouragement Too Much to Ask?

Is a Little Encouragement Too Much to Ask? 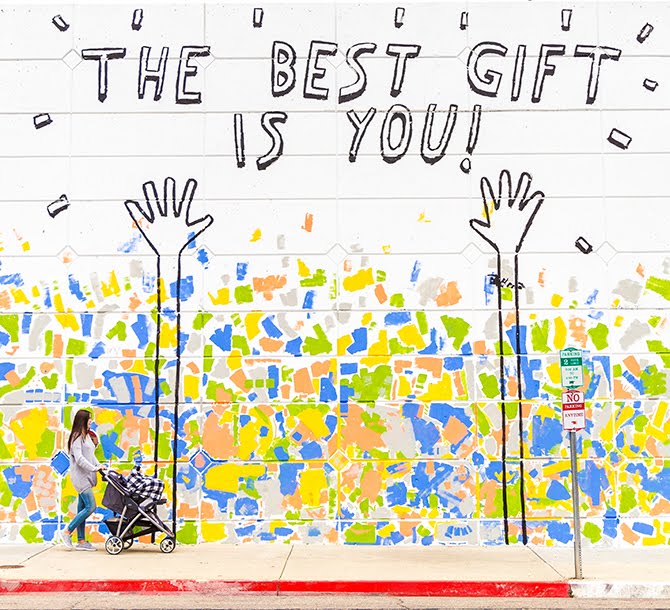 When did encouraging our children become so darn complicated? If we tell them “good job!” we aren’t being specific enough in our praise. If we leave them to their own devices, we are neglectful. If we push them, we are domineering and putting too much stress on their shoulders. There is no winning in modern parenting. Overall, it seems that if parents err on any side, it’s the side of encouraging our children to be independent, and then doing much more for them than we should.

Pare down the word “encourage” to its root, and it simply means to give courage. The word presumes something difficult, scary, or unknown, something that would require courage. As parents, part of our job description is to give courage to our children in the scary, unknown experience of growing up and becoming self-sufficient adults. What is troubling is that many young people do not feel courageous at the prospect of growing up; they feel doubtful, confused, and ill-equipped to handle it.

Elizabeth Cassady, assistant dean of students at Bellarmine University, says she and her colleagues began noticing a generation of incoming students with high levels of anxiety and a need for affirmation and guidance at each step of assignments. This topic of young adult neediness received a lot of traction when Julie Lythcott-Haims, who served as a Stanford University dean, wrote the book How to Raise an Adult, focusing on what she witnessed among incoming freshmen. “Resiliency is a buzzword, but it’s relevant,” Cassady says. “If students do something wrong, they don’t have the skills to dust off and move on.”

So what’s behind this avoidance of risk and independence and the students’ fear of failure? 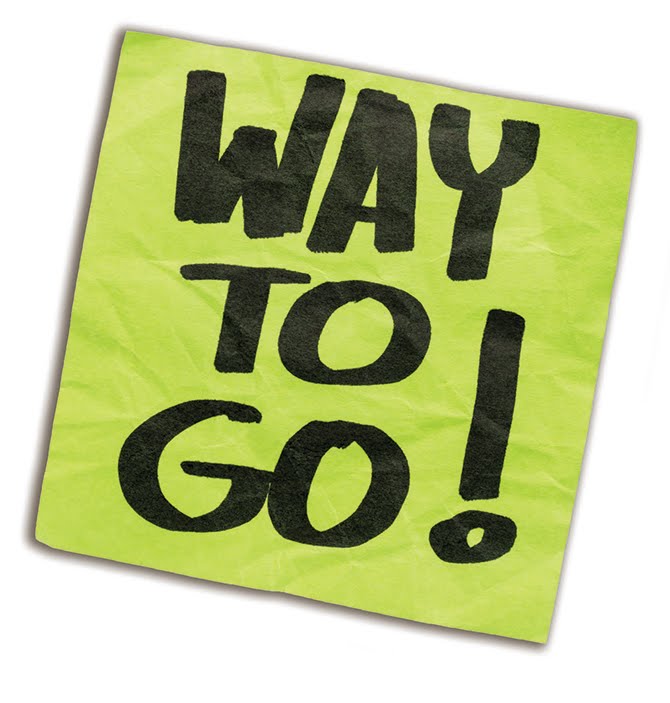 Some of it may stem from high-stakes testing, where students are taught content over and over instead of active problem-solving. “There is a lack of emphasis on independent thinking,” Cassady says. Some of it may be the unintentional result of parents responding to the different stressors of modern parenting, such as school shootings and competition to get into high schools and colleges.

It is critical, though, for children to develop thicker skins as they become young adults. Cassady says it is important to be able to take some criticism and feedback by the time a person is in college. In the professional world, “No one is going to want to work with you,” she says, if you crumble without constant affirmation and hand-holding.

Lauren Keeling, associate dean of admissions at Bellarmine University, recognizes the dilemma parents face in navigating how to encourage children. “We say that parents are doing too much, but the reason is we’re expecting too much of the children,” she says. College competitiveness (or even high school), means we expect students to do community service, keep their grades sky-high, and be involved in extracurricular activities.

It may feel like a Catch-22 situation for many parents. Those who encourage to the point of being highly involved helicopter parents or lawn-mower parents (going before their children to smooth the path in front of them so it is clear and easy to navigate) aren’t doing their children any favors. Of course, parents who give their children total responsibility for applying to high school or college are questioned for their lack of encouragement. “We want to criticize parents for being over-involved, and we criticize when they aren’t involved,” Keeling says.

On the college or high school application end of things, Keeling says, “Students need to speak for themselves.” When students are completing housing applications for dorms, for example, it is essential that their preferences are shared, not their parents’ preferences. Answers to those questions “are going to dictate what the students’ experiences are like,” Keeling says.

Elaine Jack, an editor of this magazine, recalls taking her daughter, Amanda, to orientation weekend for college. “At one point, they split the parents into one room, and the kids went off with their mentor groups,” she says. As parents listened to college representatives speak on a variety of topics, someone mentioned that the kids were completing their fall schedules in their groups. “One parent about had a heart attack, and I think she had to be talked out of dashing out the door to go find her kid. I remember she said something like, ‘How is he going to be able to do that without me?’ I wondered if that poor woman realized her kid was going to be going to college!” 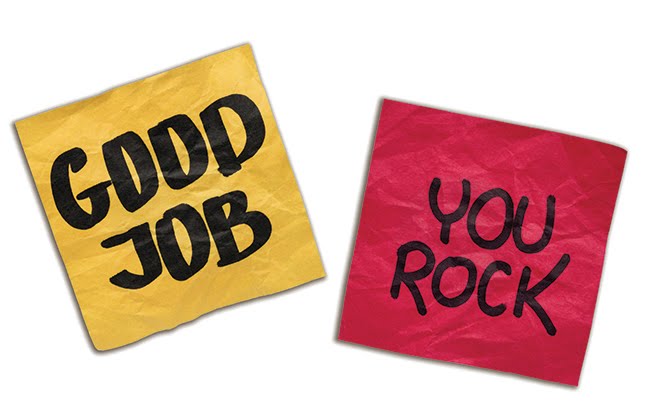 Another important thing Keeling says parents can do is to have a conversation with their children about independence and encouragement. Every child is different, and some need more guidance than others, but Keeling says it might be that the student wants to do things on his or her own. Children who want independence in certain areas of their lives (like a car) may need to be told that that means having independence in other areas of their lives, too (like paying for maintenance and insurance of the car).

Denise Smith is a mother of two college-age daughters in Jeffersontown who seconds the need for parents to have this conversation. She asked her daughters explicitly, “What could I do or say that would encourage you?”

Her general theory on raising her daughters has been “less pushing, more backing up.” She has allowed them to find their own way and make their own mistakes. “I’m a part of their story, but I don’t write it. I’m going to walk with them in whatever choices they make,” she says. Even though we’d all like it to be so, “there is no cookie cutter way to encourage,” she says.

Painful failures
What most parents intellectually know but emotionally fight against is that all of us, including our children, learn more from failure than success. But it is downright painful to watch one’s child struggle and fail, especially if we know we could help out and keep it from happening. Still, unless we want to be shepherding our children when we’re 80 years old, at some point, and certainly by the start of college, it is critical for parents to back off.

Backing off is allowing children to make their own choices about activities, which may mean the parent doesn’t think they have enough for a high school or college application. “There is a fine line between adding stress to them and encouraging them,” Smith says. She and her husband, Bob, knew they didn’t want to run from activity to activity, so they let their daughters determine their interests and involvement level with the understanding that Audrey and Lauren could each do one thing.

Having realistic expectations is also essential in the encouragement game. Maybe the parent’s expectation is unattainable, is not something the child wants, or is not something the child is good at. Smith says she hears stories from acquaintances and wonders if their children are only doing things to please their parents. “My children were not put here to please me,” she says. 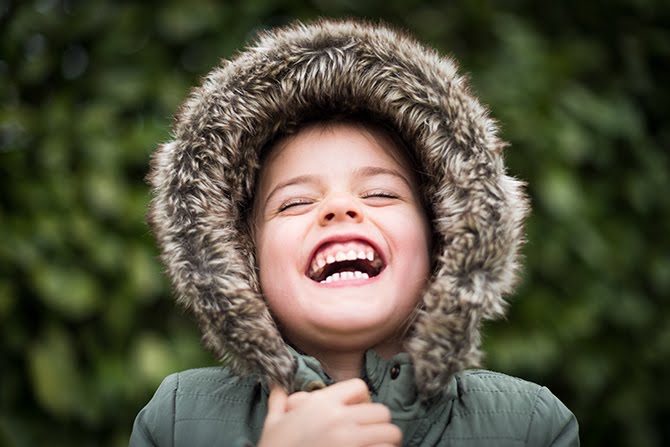 Can you be consistent?
Consistency is a core part of the encouragement playbook. Telling a middle schooler that he is responsible for packing his lunch but then running a lunch up to school when he forgets it is not consistent, and it doesn’t encourage him to remember next time. Cassady says, “‘No’ doesn’t mean ‘no’ anymore; there’s always a loophole.” She has seen situations where college students unhappy with a situation will ask if they can talk to someone above her. Or they say they will have their moms call her. If young people think there is always a loophole, it is probably because their parents have always given them a loophole in the past. As a parent, it is really hard to stick to the consequences you’ve outlined, but it is necessary.

Feminist Ellen Key wrote, “At every step the child should be allowed to meet the real experience of life; the thorns should never be plucked from his roses.” Parents know there is much that is both beautiful and hurtful in life, and sometimes they are intertwined. The hard part is encouraging our children to experience what life offers while keeping our pruning shears in the garage.