What does cyberbullying look like to a victim? We hear about cyberbullying happening to teens, but many adults are also victims. Jessica “Jessi” Powell is one of those adults, who has been trying to survive the bullying scrutiny of her husband’s fans. 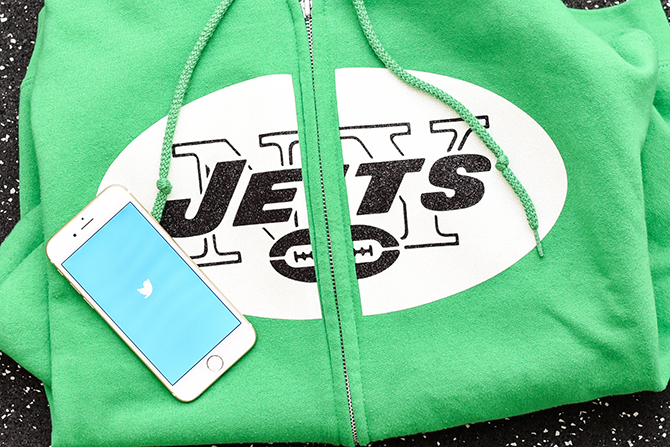 Jessi is married to Bilal Powell, running back for the New York Jets. (You may also recognize his name from his years playing for the University of Louisville.) The couple met in college, and after they married, moved away from family. Jessi missed her mother a lot. “She’s my best friend, so moving away from them was really hard and especially being so far away as a new mother,” Jessi says. “Combining that factor in with the detail of being a new mom, I developed postpartum depression,” Jessi says.

“I didn’t know it right away, but I knew something was off, and I was upset all the time. It didn’t help to be in the limelight as Bilal’s wife. There is a silent belief on what a NFL wife should look like, and I don’t fall into that category.”

Jessi’s active lifestyle in marching band and basketball allowed her to eat all the food she wanted without any problems. After becoming a mother, the weight was harder to lose and the body she had was harder to obtain and maintain.

“I didn’t think much of it until I saw what his fans were tweeting about me, and it broke my heart. It got so bad that I asked Bilal to stop tweeting about me altogether because I didn’t want to see the cruel words they said about the way I looked. There’s so much about me that goes beyond the surface of their words. I just never thought I’d be the subject of any cyberbully, especially not Bilal’s fans.”

Pushing through the wounds the cruel words inflicted upon Jessi’s heart and mind fueled her to make a change. She started training and eating healthier foods and began sharing her journey with her friends on Facebook. Now she has turned it into her passion and a business venture that she never thought she’d have — Jess Fit, located on Preston Highway, which provides fitness training to women. Jessi is here throughout the year except for game season for Bilal. “I go up to support him throughout his game season so he can come home and spend time with the kids and me. I am going to start an online fitness component to supplement any work I start with local women.

“I want to be a voice to help women raise their self-esteem in a world that can tear it down,” Jessi says. “Mean people are an unfortunate part of society, but I don’t have to let them win by allowing their words to define my life. I think using their words to fuel my life with positivity is one of the greatest things I’ve learned about grace through my faith, and I’m really excited to have the chance to share my journey with women and help them overcome similar body image issues that I have.”

Her husband’s success has brought their family a slew of blessings that they never thought they’d have in life, but Jessi says of those things, their faith is what is most important.