“I didn’t realize that just showing up is half the battle. They’re so used to someone saying they’ll do one thing but then do another.”

“I didn’t realize that just showing up is half the battle. They’re so used to someone saying they’ll do one thing but then do another.” 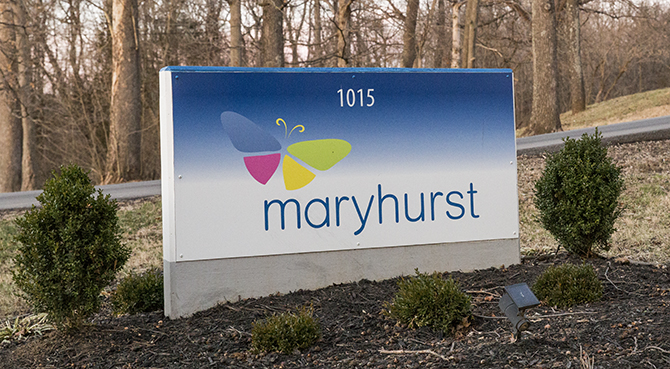 In the Underhill family, volunteering with Maryhurst, a nonprofit organization that works with abused and neglected children, is a rite of passage. “We have been exposed to Maryhurst ever since we were little,” Channing Flaherty says. “I have always given my own money to the organization. Our grandmother, Doris Boland Jones, would drive girls to doctor appointments, or help distribute Thanksgiving meals. She even started a scholarship, which all of us contribute to now. She was a board member, and now our mother, Colleen Underhill, is a board member. It’s been ingrained in the family for a long time.”

With only a 17-month age difference, the close bond between Channing and sister Jordan King has catalyzed change and growth within the young women in the Maryhurst program. Their bible study group became a consistent volunteer presence in the Flaget dorm on Maryhurst’s campus. Since 2010, the group has doubled in size because of an intentional effort to get others involved. Their long reach has now extended to the Neuville dorm. But like many who give their time quickly find out, the volunteers tend to get more out of it than their mentored counterparts. “Our friends and family are not only volunteering their time, but they’re attending the luncheons and donating gifts and money. It has blossomed into a cool way to give back.”

Jordan says, “People act out in different ways based on how they have been abused (verbally, physically, sexually, etc). “They are not used to others wanting to help, being consistent, and being committed to them. You have to spend a long time to establish a trust level that will finally allow you the opportunity to impact people in a positive way.”

The sisters have organized several activities that keep things new and fun, yet introduce opportunities to teach important life skills. On a monthly basis, the volunteers will spend an hour and a half baking, sewing pillows, or taking a fitness class to impress the need for a balanced diet, adequate sleep, or daily activity in the minds of the young women. But no matter the activity, Channing says being a consistent source of love and support takes the most notice. “I didn’t realize that just showing up is half the battle. They’re so used to someone saying they’ll do one thing but then do another. The girls have few people they can depend on. Just showing up is almost more meaningful than what we do or say while we’re there.”

Jordan says, “I have been impressed with the resilience of these girls and the fact that they are able to have a positive outlook on life despite the experiences they have gone through and the cards they have been dealt.”