How to Help Someone With a Drug Addiction

How to Help Someone With a Drug Addiction 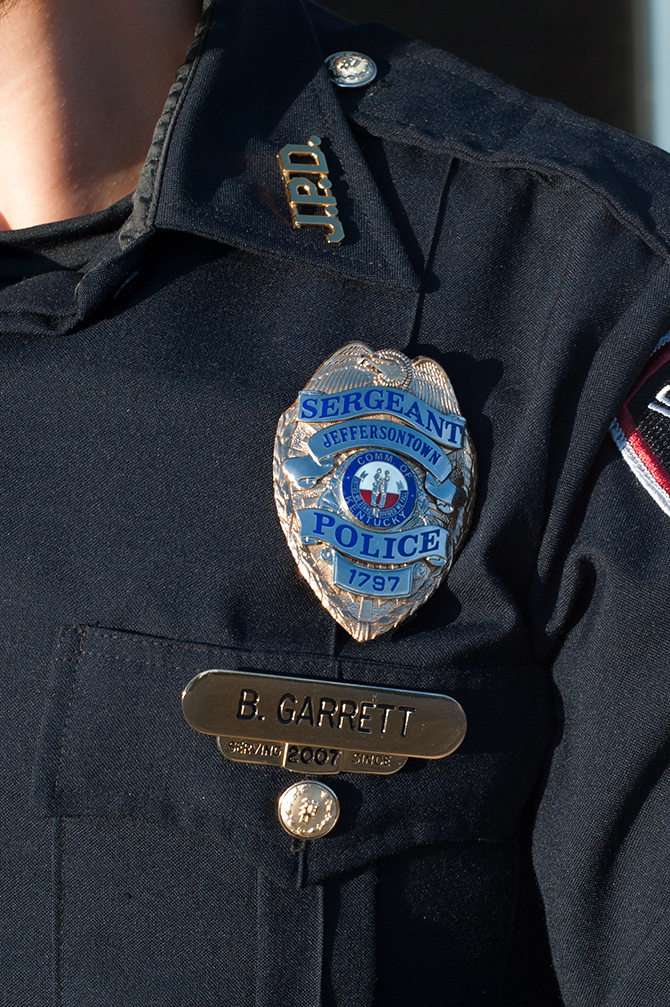 Sergeant Brittney Garrett, a nine-year veteran officer with the Jeffersontown Police Department, had seen enough — the rising number of drug overdoses and overdose deaths in Jefferson County, the climbing rates of crime, and the overwhelming number of drug addicts detoxing in jail cells.

“I was talking with a friend about the war on drugs,” says Brittney, 31, “and he told me about a program in Gloucester, Massachusetts. I said, ‘It’s either groundbreaking or crazy.’ ”

In 2015, the Gloucester Police Department created the “Angel Program,” a new policing effort aimed at getting addicts treatment instead of putting them in jail. In its first year of operation, it has significantly reduced the number of overdose deaths and crimes of desperation related to drug use.

So Brittney decided to found an Angel Program based on the Gloucester model at the Jeffersontown Police Department. It’s the first program of its kind in Kentucky.

Here’s how it works: If an addict comes to the Jeffersontown station, officer and volunteer “Angels”will help them find treatment. Participants are not charged with a crime, and officers will dispose of any drugs or drug equipment in the participant’s possession, Brittney says. There is a part-time social worker and 14 volunteers who help do intake and find detox beds in the area, Brittney explains.

The Jeffersontown Angel Program was launched August 1, and in just the first nine weeks, 22 people went to the police and signed for themselves to be sent immediately to a facility for treatment.

“We were arresting people who were addicted; that is not the solution all of the time,” Brittney says. “We are trying to help people before it comes to that. They can come in and speak to an officer before they get to the point of being arrested… before they commit a crime to get their drugs.”

Jeffersontown — like the nation — has seen a skyrocketing number of crimes, sexually transmitted diseases, drug overdoses, and drug fatalities, often due to heroin use, Brittney says.

In 2015, Jefferson County had 268 overdose deaths, the most of any Kentucky county, according to a report from the Kentucky Office of Drug Control Policy. The largest increase in overdose fatalities also occurred in Jefferson County where deaths increased by 64, from 204 deaths in 2014 to 268 in 2015.

The largest demographic in overdose deaths was people age 45 to 54, who are most likely to abuse prescription painkillers.

“In 2016, we are experiencing about one overdose death a day in Jefferson County,” Brittney says. Part of the problem, she says, is that dealers cut the heroin to stretch their supply and add deadly and extremely powerful additives such as fentanyl and carfentanil, which can cause an overdose even in minute amounts. Overdose deaths (1,248 in Kentucky in 2015) containing fentanyl, either combined with heroin or alone, occurred in 420 cases, or 34 percent of all deaths, the report shows.

Even the police department has been affected by the drug epidemic. “We had members of our own department lose loved ones to this disease,” says Brittney, who has a family member in long-time recovery and whose husband lost a family member to heroin addiction. “It touches everybody. How would you want your child or mother or father treated?” New solutions require a balance between service and law enforcement, she says.

But, Brittney adds, “We are still aggressive on drug traffickers and people committing crime. If you have committed a crime on the street, we want you to get help, but you have to pay for the crime you have committed. If you are arrested or cited, that’s something for the court system. For people without pending warrants, that’s where this program kicks in… to help people on the front end.”

Part of the problem with drug addiction is the stigma associated with it, she says. “My mindset before was, ‘How can somebody continue to do something like this knowing the consequences?’ ” she explains. “That’s a narrow view of addiction. This is more than the level of decision-making. We have to reduce the stigma of it. It was a learning process for me and a cultural change.”

There are also many barriers to getting treatment, including the lack of health insurance and limited access to treatment facilities, most of which are overwhelmed with patients.

“We have built a network of treatment centers locally, and nationally, including Our Lady of Peace, The Morton Center, Jefferson Alcohol and Drug Abuse Center, Volunteers of America, and The Healing Place,” Brittney says. “We call these places until we find one that has an opening. Some facilities can get our participants in immediately.” Most of the free ones are always full, she says, but some of the private pay facilities provide scholarship programs for people with no insurance.

“Getting well shouldn’t depend on whether or not you have insurance,” she says. 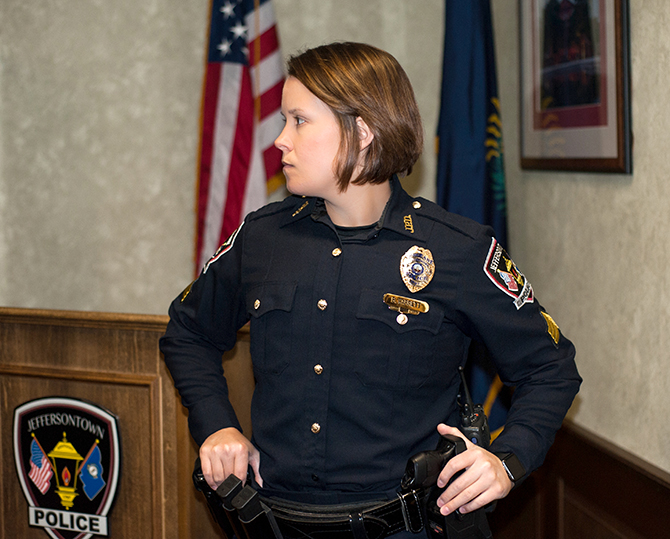 Here are Brittney’s tips on how to help family members and the community with this crisis: